Jon Rahm has described the FedExCup Playoffs format as “unfair” as he put himself on course to claim the overall lead in the standings.

Rahm is projected to move from fifth to third in the FedExCup standings having earned a one-shot lead at the halfway stage at The Northern Trust in New Jersey, carding bogey-free rounds of 63 and 67 to hit the front on 12-under – the lowest 36-hole score of his PGA Tour career.

But the world No 1 is not a fan of the season-ending format that was revised two years ago, with a strokes-based system introduced for the Tour Championship in Atlanta in which the leader in the standings begins the final event of the year on 10 under, two shots ahead of the second-placed player. 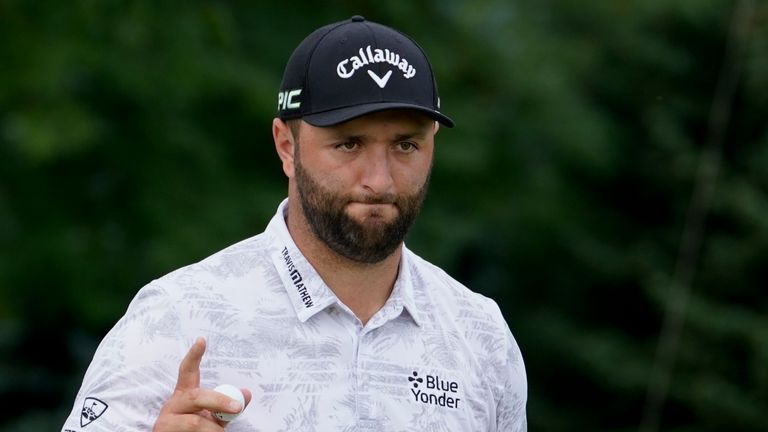 And with a $15m first prize on the line, Rahm feels the FedExCup “Starting Strokes” format does not give the overall points leader enough of an advantage over the chasing pack.

“I don’t like it, I don’t think it’s fair,” said Rahm, who is guaranteed to retain his world No 1 ranking next week after Dustin Johnson and Collin Morikawa both missed the halfway cut at Liberty National.

“I don’t like that at all. I think you have the Playoffs itself and win the first two, and if you don’t play good on the last one, you can end up with a really bad finish.

“They have to understand golf is a little different. You could win 15 events, including both Playoffs events, and you have a two-shot lead. I understand it’s for TV purposes and excitement and just making it more of a winner-take-all, and they give you a two-shot advantage, but over four days that can be gone in two holes.

“I don’t know what system is best. I do like going to East Lake with this new one in the sense of knowing where you stand and what you have to do. The years prior, there were so many different combinations of what could happen. “It was kind of hard to get your head focused on one thing, right. I don’t think it’s a fair system in that sense now, but it’s the one we have and it’s what we’ve got to deal with.

“Hopefully you get there ranked high enough to not have to make up that big of a difference, but you know what you’ve got to do and what you’re playing for, and I think that’s what makes it so exciting.”