Obada has signed for the Buffalo Bills

Britain’s NFL star Efe Obada signed with the Buffalo Bills after leaving the Carolina Panthers, and the defensive end cannot wait for the next chapter of his career to begin.

The 29-year-old confessed he was thrilled to sign with a team that is considered by many to be contenders ahead of next week’s 2021 NFL Draft.

He said: “I’m going to buy into the process.

“I know what’s demanded of me and what is required of me. I’m just looking forward to getting back to work, getting to know my teammates, coaches, and the amazing fans and just going to war for the city.

“I can’t wait for the season to start.”

Obada said before the Super Bowl that he was excited at the prospect of free agency, but admitted it was an emotional rollercoaster.

The defensive end reached out to players like Mario Addison, Andre Smith and fellow Brit Christian Wade ahead of his decision, and he spoke to Bills head coach Sean McDermott after signing.

“I won’t sugar-coat it – [free agency] was stressful.

“Ultimately, it came down to a decision between Washington and Buffalo. There was a connection with Washington because of Ron Rivera (Washington head coach), who gave me my start. He is a great man who makes you not just a better player but also a better man that leads by example.

“Everything was up in the air, but I feel like I landed in the right place. Everybody spoke very highly of Buffalo – the fans, the culture and coaching staff factored into the decision-making process.

“I feel like [defensive line coach Eric Washington] is able to get me to where I need to be in terms of my growth and personal development.

“[Sean McDermott] has come across really well. We spoke briefly, nothing about the playbook – I’m sure when everything kicks off we can get to the nitty-gritty.”

By signing with the Bills, Obada is now on the same roster as fellow British NFL player Wade.

Obada believes the presence of the two compatriots on the same franchise is important for the development of the sport in the UK. 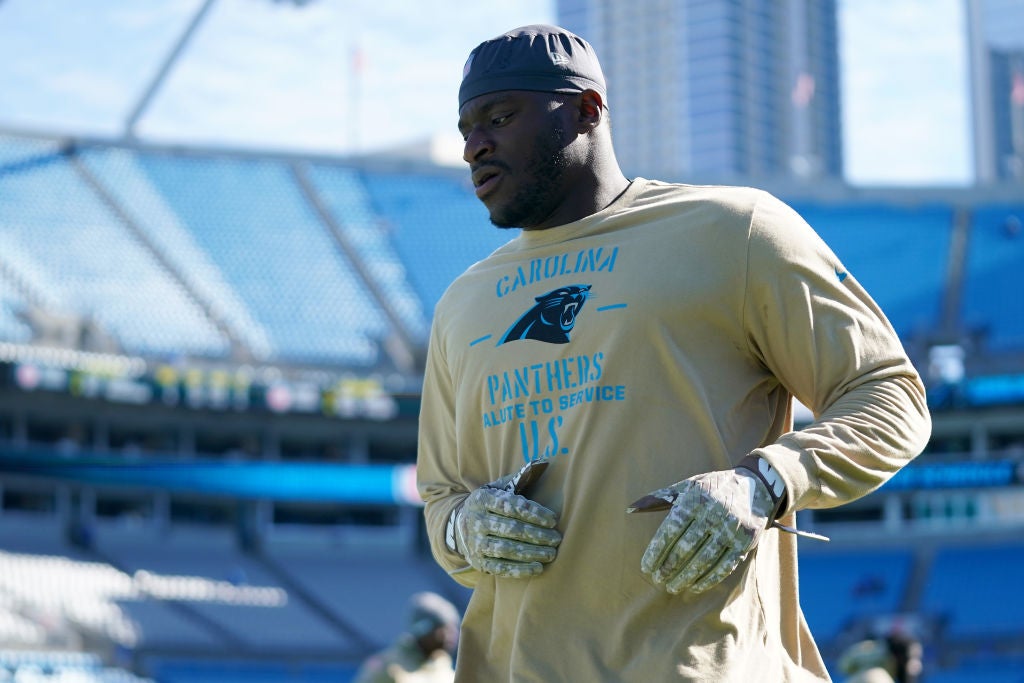 “I’m looking forward to giving him a big hug and then competing against him because he is on the other side of the ball. I’m excited but I hope you guys don’t milk it too much!

“For the UK, it is everything we have dreamed of. It’s about sending that message that it is possible and creating more opportunities for people like myself in the UK that have the love for this game and want to pursue it.”

Obada ended the season in hot form for the Carolina Panthers, but he laughed when asked about the change in weather as snow has been falling daily since his arrival in Buffalo.

The defensive star is more-than-ready to not only tackle his new opponents in the AFC East, but the elements as well.