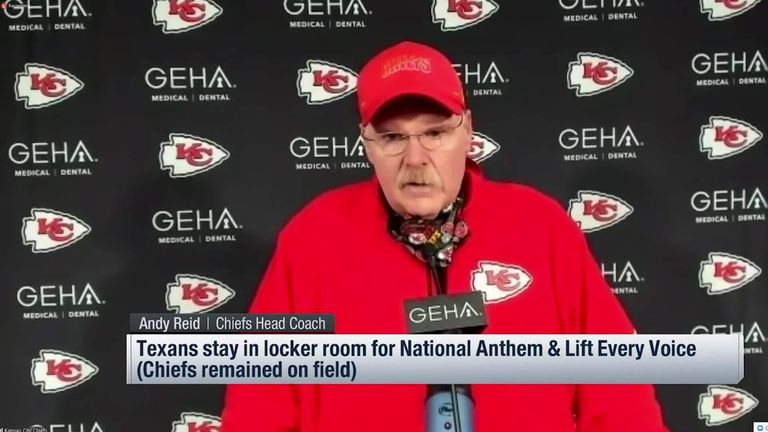 Andy Reid says society has a chance to be “unstoppable” in the fight against racism by uniting as the Kansas City Chiefs and Houston Texans did on Thursday night.

In a powerful stand before kickoff, players from both sides locked arms in a symbol of togetherness as America continues to push for change following several high-profile cases of police brutality.

The teams had held discussions in the build-up to the season opener over how to approach expressing their support for the Black Lives Matter movement. While the Chiefs came out for both national anthems, the Texans opted to stay in the locker room. 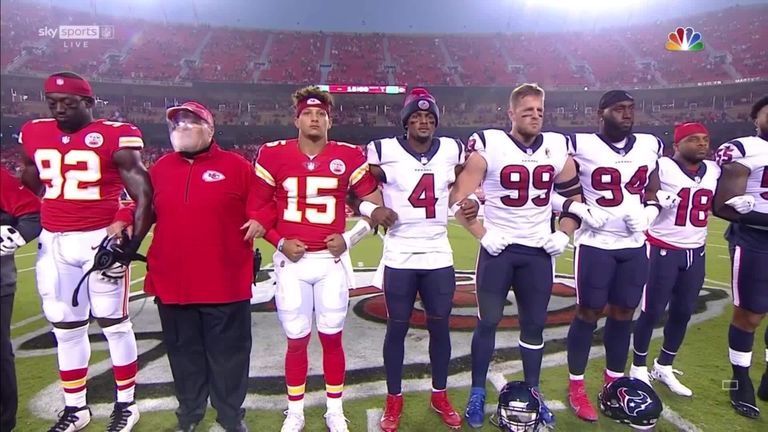 “We can all learn from this and really it’s just to make us all better and a stronger country than we already were. We have a chance to be completely unstoppable when all hands join together and that’s a beautiful thing.”

Texans executive vice president of football operations Jack Easterby explained the reason for the team staying in the locker room for the anthems was so there would be “no misinterpretation of them celebrating one song and throwing shade on the other.”

The Black national anthem, ‘Lift Every Voice and Sing’, was played prior to kickoff along with the ‘The Star-Spangled Banner’ to represent the fight for equality. 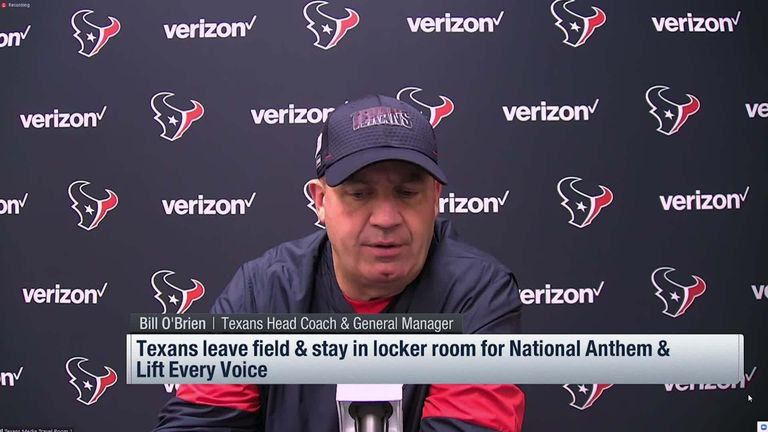 “It wasn’t about anthem protests or anything. We are very intentional; we are very specific of what we’re trying to focus on when it comes to social justice, and that’s trying to fight for true justice for Black and brown people being murdered by police and they’re unarmed. And that’s by calling for the Senate to bring the George Floyd Justice in Policing Act to the Senate floor for vote.

“And today, going out for either anthem, to us, it would’ve been a distraction. And we just wanted to, again, make a decision as a team, and we decided it would probably be best if we all stayed in.”

Texans head coach Bill O’Brien praised his players for acknowledging and listening to the views of their teammates on the matter, even if they differed from their own. “We met as a leadership group of about 20 players, we met three or four times and without getting into the details of those meetings the players decided that they wanted to make sure that people understood it’s really not about the flag,” said O’Brien.

“It’s about making sure that people understand that black lives do matter and there is a systemic racism problem in this country. That’s what our players decided to do as a team.

Social justice messages of “It Takes All Of Us” and “End Racism” featured in each end zone and players were permitted to honour the victims of systemic racism by printing their names or initials on their helmets. 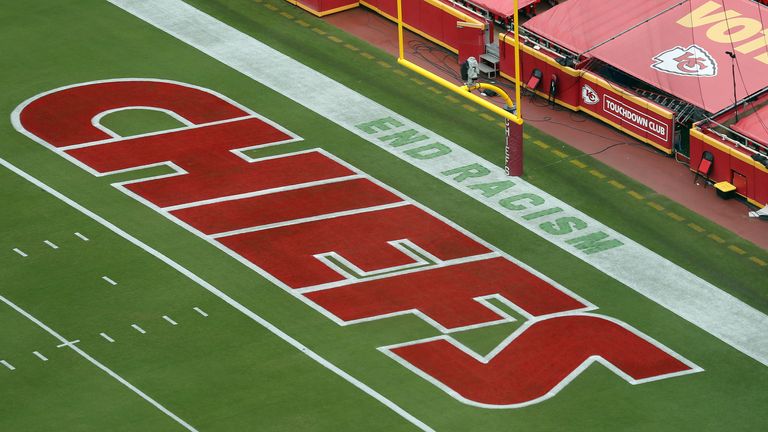 “With everything going on in this country, we wanted to show that we’re unified as a league and we’re not going to let playing football distract us from what we’re doing to make change in this world,” said Chiefs quarterback Patrick Mahomes.

“I feel like Deshaun (Watson) is a great guy who shows that and leads by example every single day and every time I’ve been around him so I’m going to try and do the same.