F1 preview: A lap of the Monaco Grand Prix

The qualifying session for the Monaco Grand Prix ended in dramatic fashion as Charles Leclerc secured pole position, albeit after crashing into the barriers. Ferrari have been the surprise package of the weekend in Monaco having struggled to compete at the front of the grid in the opening few races of the season.

Leclerc and Carlos Sainz have both been quick all weekend around the streets of Monaco and they took that into qualifying on Saturday.

The Monegasque racing driver topped the time sheet in both Q1 and Q2 and was once agan the fastest in Q3 in the first run.

Max Verstappen, Valtteri Bottas and Carlos Sainz were all in close proximity though and would have fancied their chances in their second run.

All three drivers were on quicker lap times but they were unable to complete their laps as Leclerc crashed into the barriers at the swimming pool chicane.

JUST IN: Nico Rosberg explains why Lewis Hamilton was ‘so far off’ in Monaco 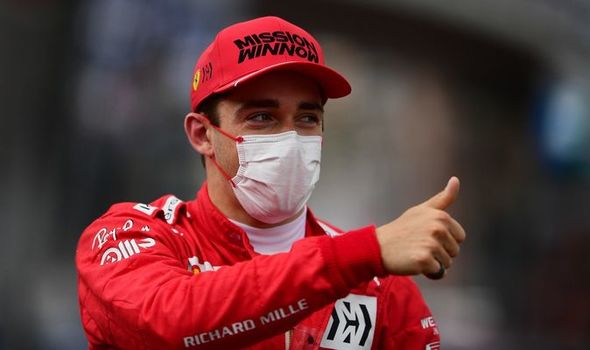 The incident brought out the red flag to bring an abrupt end to the session, meaning the drivers all stayed where they were.

Leclerc had provisional pole so he heads into Sunday’s race at the front of the pack.

But there is some concern at Ferrari that Leclerc has suffered serious damage to his car which may prevent him from starting on pole tomorrow.

What penalty may Charles Leclerc face?

The biggest concern coming out of Ferrari is whether there is big damage to Leclerc’s gearbox.

If the team have to change his gearbox for Sunday’s race, then Leclerc will be handed a five-place grid penalty.

That would push Verstappen up to pole for the race with Bottas also moving up to the front row.

If Leclerc was to drop down five place, he would still start ahead of Lewis Hamilton, who could only manage seventh in qualifying.