Charles Leclerc has been ruled out of the Monaco Grand Prix after the Ferrari driver suffered gearbox problems.

The Monegasque had qualified for Sunday’s race in pole position despite a crash in qualifying after which Ferrari risked not changing the gearbox, which prevented him from taking part in the race.

It was confirmed the drivers would not move up the grid, and Red Bull’s Max Verstappen, who initially qualified second, technically started on pole. 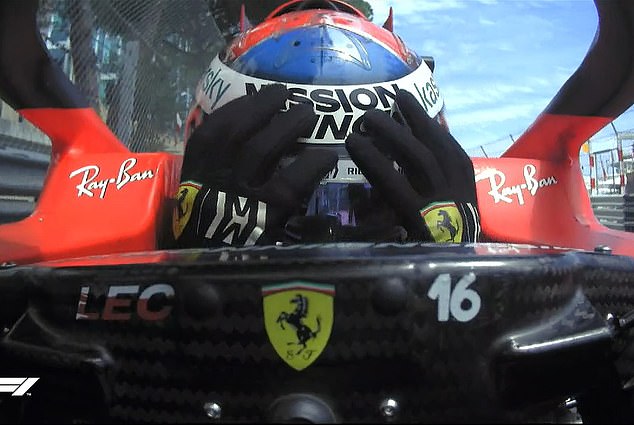 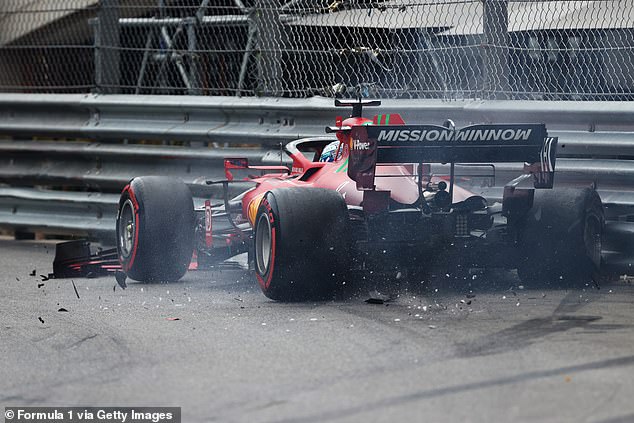 Leclerc did not make it to his starting slot at the front of the grid in time, meaning he could only have started from the pitlane if the Italian constructor were able to fix the problem with a left driveshaft.

However, it was confirmed the 23-year-old would not be racing in his home race by sporting director Laurent Mekies.

F1 race director Michael Masi said: ‘I am assuming that is finito,’ with Mekies responding: ‘Yeah, we are not racing, I’m afraid.’ 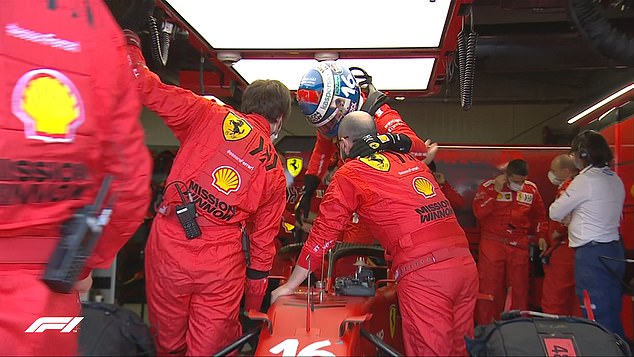 Ferrari were unable to fix it before the race, meaning the Monegasque has missed his home GP

Leclerc had crashed into the barriers in the final minute of qualifying on Saturday, damaging the car and, controversially, bringing the session to an early end, stopping rivals Max Verstappen, Valtteri Bottas and Carlos Sainz from beating his time.

A Ferrari inspection of the gearbox on Saturday evening found no major damage, and the team knew that replacing it would incur a five-place penalty, so decided to hope for the best in using the existing one.

Leclerc said of the crash: ‘I took too much the inside on my fast lap – if you watch it, I think I touched the wall, but not as hard as on the second timed lap. I tried to go for a bit more on the second lap and I basically bounced it off. It was a midjudgement. 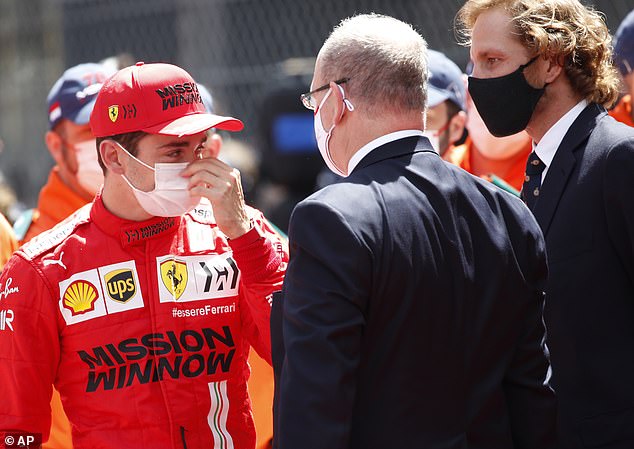 ‘I can tell you that if it was done on purpose, I would have done it a lot more cleverly and not gone at full speed into (the barrier) and risking breaking the gearbox. So, no, it was definitely not on purpose.’

Shortly before the race, a stone’s throw away from where he grew up, he had admitted: ‘These are my neighbours, and it feels special.’

A distraught Leclerc made his way out of the car for the national anthems and raised a thumbs-up to his home crowd, receiving a consoling arm on the shoulder from Prince Albert of Monaco.