Ferrari go… green?! Ferrari unveil their new car for the 2021 Formula One season… only to leave fans furious with ‘last-minute’ addition of a green logo on their iconic red livery – making it the ‘WORST looking car on the grid’

Ferrari left fans fuming on the reveal of their car for the 2021 Formula One season due to the ‘last minute’ decision to add green to the traditional red and black livery.

The Italian manufacturer’s SF21 was unveiled on Wednesday as the final team to do so ahead of the start of pre-season testing in Bahrain.

But the focus was consumed by fans on the addition of green Mission Window branding on the engine cover which left some disappointed at ‘the worst looking car on the grid’ this season. 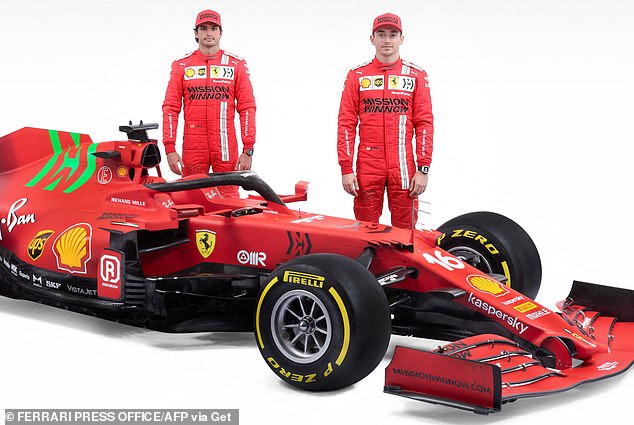 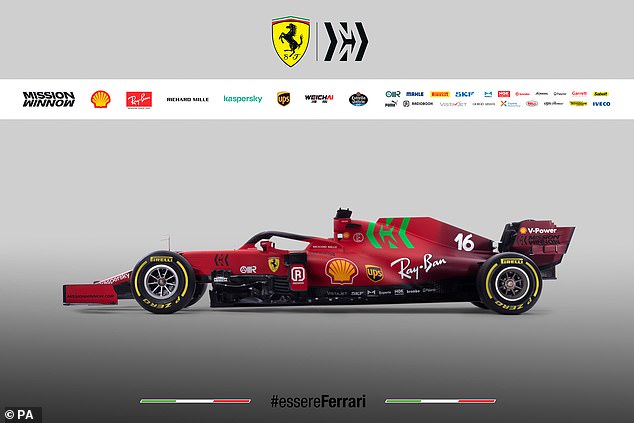 Mission Window is a title sponsor and while they were not featured on the car in the 2020 season, they are back in controversial fashion for 2021.

One irate fan wrote: ‘Somehow they’ve messed up their classic livery, looks like someone vomited on the engine cover.’

Another added: ‘The fat nose with the green makes it the worst looking car on the grid in my opinion.’

Drivers Charles Leclerc and Carlos Sainz revealed that the green was a ‘last minute addition’, appearing ‘one week or so ago’ on the SF21.

‘We didn’t expect the green,’ Sainz said in the reveal video. 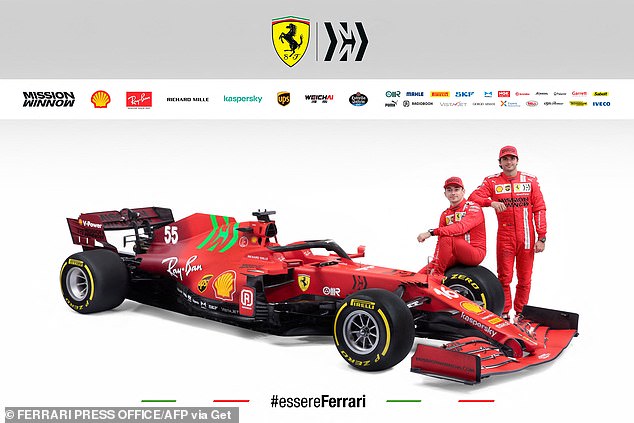 Leclerc added: ‘It was a last-minute change. I have to say I’m getting used to it, seeing it on the car.’

Ferrari’s developers were less concerned with the addition of the green and will instead hope the SF21 performs better than last year’s car which contributed to their worst season in 40 years.

Straightline speed crippled Ferrari’s performance last season and they appeared to drag more than rivals on the corners.

A completely new power unit has been designed for 2021 and there is optimism that better performances are on the horizon in the SF21.

Upon launch, Team Principal Mattia Binotto said: ‘After a difficult season last year, we know that we have to come good in this championship and it will be important to demonstrate our will to win, even though we know this will be a transition year, partly because the regulations do not allow us to substantially change the car and we will simply bring an evolution to the track.

‘We have identified what were the problems with the SF1000 and we have improved the car in all the areas allowed by the regulations.

‘We have a new engine, revised aerodynamics and a modified rear end. We want to do well and can’t wait to take to the track and go up against our competition, to check how good a job we have done.’

Teams will get a first look at their cars for the season at a shakedown in Bahrain on Thursday.

Pre-season testing will commence 24 hours later at the same track – which will also host the first grand prix on March 28. 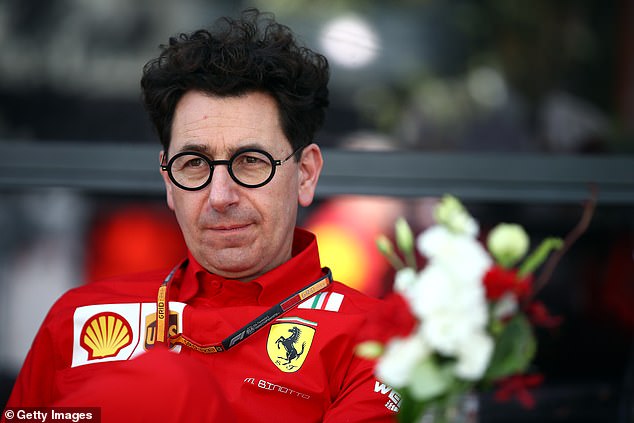 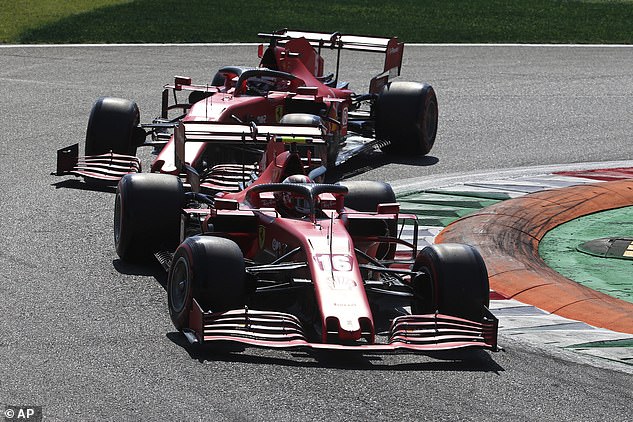 Sainz has replaced Sebastian Vettel having come across from McLaren and Binotto is convinced the young pairing of Leclerc (23) and Sainz (26) can benefit the team.

While Leclerc has experience with Ferrari already, Binotto stressed they go into the season without a clear No 1/No 2 driver hierarchy.

‘They are young and similar in certain respects and I think they are very strong,’ he added.

‘I know they can’t wait to go head to head on track, but I know they are both aware that, first and foremost comes Ferrari and its interests and so there is no hierarchy.

‘If we were to be clever enough to become the dominant force in Formula 1, then maybe we can start to make certain assessments. But for the moment, there is no room for this sort of discussion. First we need to catch up with our competitors.’