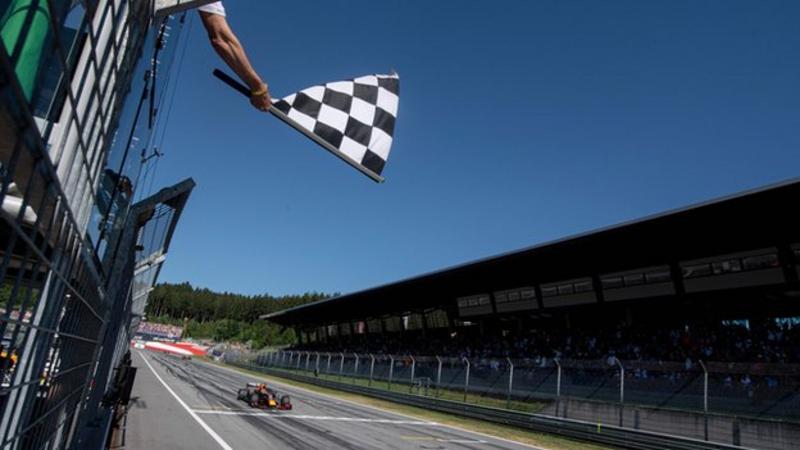 Formula 1 plans to create an isolated environment for competitors when it starts racing again in July.

Managing director Ross Brawn said they are working on a “kind of biosphere” in which teams and drivers would operate at races without spectators.

F1 aims to start the championship with consecutive races at the Red Bull Ring in Austria on 5 and 12 July.

“We’re working our way through all the requirements to make sure we operate in a safe environment,” Brawn said.

Brawn, who was talking on an official F1 podcast, said that re-starting a season that has been thrown into disarray by the coronavirus crisis was a “massive logistical challenge” but that “it is all going to be done properly, there will be no risk taken and it will all be done in the correct way”.

Brawn said: “Unfortunately it will be without fans, which is a great shame, but we still feel we can take the race out to all the fans who watch us on TV and other means.

“It’s important for us to try and get the season going. [There are] many reasons for wanting to start the season.

“One is obviously to excite the fans, who have all been frustrated by the delays. We’ve got a very exciting season in front of us. But it’s a very important livelihood for thousands of people, it’s another reason for trying to kick-start the season.”

He said that the need to ensure the sport created no added medical risk in running events was one of the issues pushing it towards its current plan to have two races at both Austria and Silverstone on consecutive weekends in July.

“It’s a real consideration because one of the logistical challenges is getting everyone tested and cleared to enter the paddock and enter the racing environment,” Brawn said.

“And I think once we do that, it’s very attractive to keep everyone in that environment, within that kind of biosphere that we want to create for another race.

“It’s also pretty challenging to find the right sort of races early on where we can control the environment well enough.

“Austria fits that bill very well. It’s got a local airport right next to the circuit, where people can charter planes into. It’s not too close to a metropolis, it has a great infrastructure around it.

“There will be no motorhomes, but there will be a full catering facility laid on that the circuit has. So we can basically contain everyone within that environment. Therefore once we’re there, it’s appealing to have another race the following week.”

It is unclear to where the season would head next in Europe after the races in Austria and Silverstone.

Spain and Hungary are possible next venues.

The organisers at the Hungaroring announced on Friday that it would not be possible to hold their race without fans.

BBC Sport understands they are confident after conversations with the Hungarian government that the race will be able to go ahead.

Hungary on Thursday banned events of more than 500 people until mid-August but current talks have focused on holding the event after that date.

“So my days and weeks and months have been full of negotiations with the team and [governing body] the FIA on the right way forward and of course the circumstances are changing so frequently and that’s pretty challenging. So it will be great to get back on track again.”