Lewis Hamilton is hoping to get his new Mercedes contract wrapped up by Christmas after the seven-time world champion outlined his plans to extend his stay following the Abu Dhabi Grand Prix. The 35-year-old is keen to resolve his Formula One future as quickly as possible and will begin talks over a new £40m-a-season deal this week.

Hamilton finished third in the season finale in the United Arab Emirates on Sunday after recovering from COVID-19.

Now he will invest his focus in tying up his new bumper contract with Mercedes chief Totto Wolf.

“As a team, we have more to do together – more to achieve both in and outside of the sport.

“I hope we can begin discussions this week and then hopefully get it tied up before Christmas.” 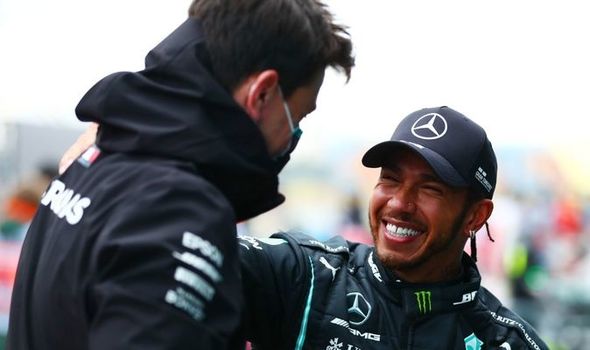 He made the switch to the German constructor in 2013, after winning his first world title with McLaren in 2008.

His latest deal with Mercedes was signed back in 2018, when he said: “I’m very confident that Mercedes is the right place to be over the coming years.

“Although we have enjoyed so much success together since 2013, Mercedes is hungrier than ever – from Dr Zetsche and the board members at the top of Daimler, through Toto Wolff and the team management, to every single person I meet in the corridors of Brixworth and Brackley.

“The competitive passion that burns bright inside me is shared by every single member of this group – always chasing the next improvement and digging even deeper to make sure we come out on top. I can’t wait to see what we can achieve together in the next two-and-a-half seasons.”

What Wolff has said

Wolff made it clear he will not be pressured into rushing Hamilton’s new contract, following the driver’s return to action.

Talks were disrupted after Hamilton’s positive coronavirus rest, which saw him embark on 10 days of isolation.

Now the Austrian is set to reschedule the meeting, in which he hopes to finalise Hamilton’s new deal: “Yeah, hopefully soon [the contract will be resolved.

“I think we were delayed by him being unwell, and I think that’s not the right time to sit down.

“We were planning to sit down the other week, so it’s going to be a little bit later. 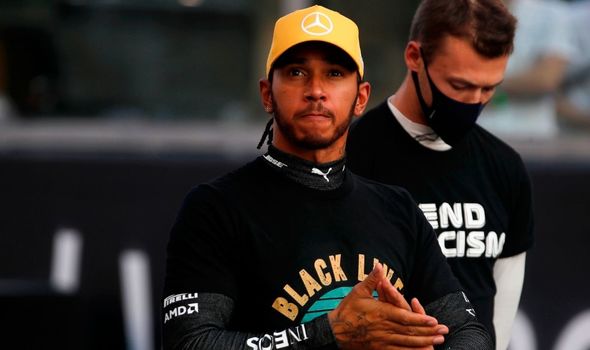 Hamilton has recently mentioned that he is beginning to think about his retirement from Formula One.

He is expected to extend his Mercedes until 2021 but said last month: “I still want to continue to race but I don’t know how much longer it will be.

“It’s definitely not going to be a long time before I stop, so this is a period of time where I’ve got to slowly work out what the future holds.

“All I can say is that I plan to be here next year.”