Six-time Formula One world champion Lewis Hamilton has opened up on his inability to cope with defeat and how it drives him on to be the very best in the sport, and has also explained where his passion to fight climate change stems from despite the obvious impact that falls on being a racing driver.

Hamilton’s bid to join Michael Schumacher on an unrivalled seven world championships has been heavily delayed due to the outbreak of coronavirus, leaving the 2020 season on hold until 5 July at the earliest when the opening race is due to take place in Austria.

The sporting hiatus has given Hamilton plenty of time to self-analyse, and earlier this week the 34-year-old urged his Instagram followers to follow his own decision to look at how they are focussing on being the best person they can be in an effort to look after the world around them – particularly given the Covid-19 pandemic is believed to have originated in bats with a strong suspicion that it was then transmitted to humans at a live animal market in China.

It is a subject that falls in line with Hamilton’s work to help fight the impact of climate change, and although the fact he is currently the world’s most famous racing driver – which opens him up to his share of criticism – the Mercedes star has stressed no one needs to be perfect in order to do their bit.

“Climate change is a serious threat: every one of us has the responsibility to protect our future and the future of the next generation,” Hamilton told Italian publication Style. “With the industry I’m in, I’m always going to receive negative attention but we don’t have to be perfect to be part of the solution. As a powerful voice in my industry I have a responsibility to effect change from within Formula 1 as well as in all the other activities in which I am involved.

“I’ve done this with Tommy Hilfiger and with Police, just recently I invested in Neat Burger vegan fast-food and I’m working with Mercedes and Daimler on a series of car projects.”

Hamilton’s work outside of the sport has come later in his career, with the Briton dedicating his earlier years to his dream of not only reaching F1 but matching the three world championships won by his childhood hero Ayrton Senna. Hamilton has gone on to double that tally after his 2019 success, but the path there has not been an easy one for someone who grew up within a working class family in Stevenage.

It is well known that his father, Anthony, had to remortgage his house to keep Hamilton’s racing career alive when he was rising through the ranks, and the reigning world champion has revealed the emotional pain of being told as a child that he could not go karting when the money ran out, when others were not facing such situations.

“You always have to chase your dreams: even if they seem impossible,” Hamilton added. “When I was a boy, the idea of becoming a Formula One driver was madness. I was very lucky because my father pushed me not to give up. 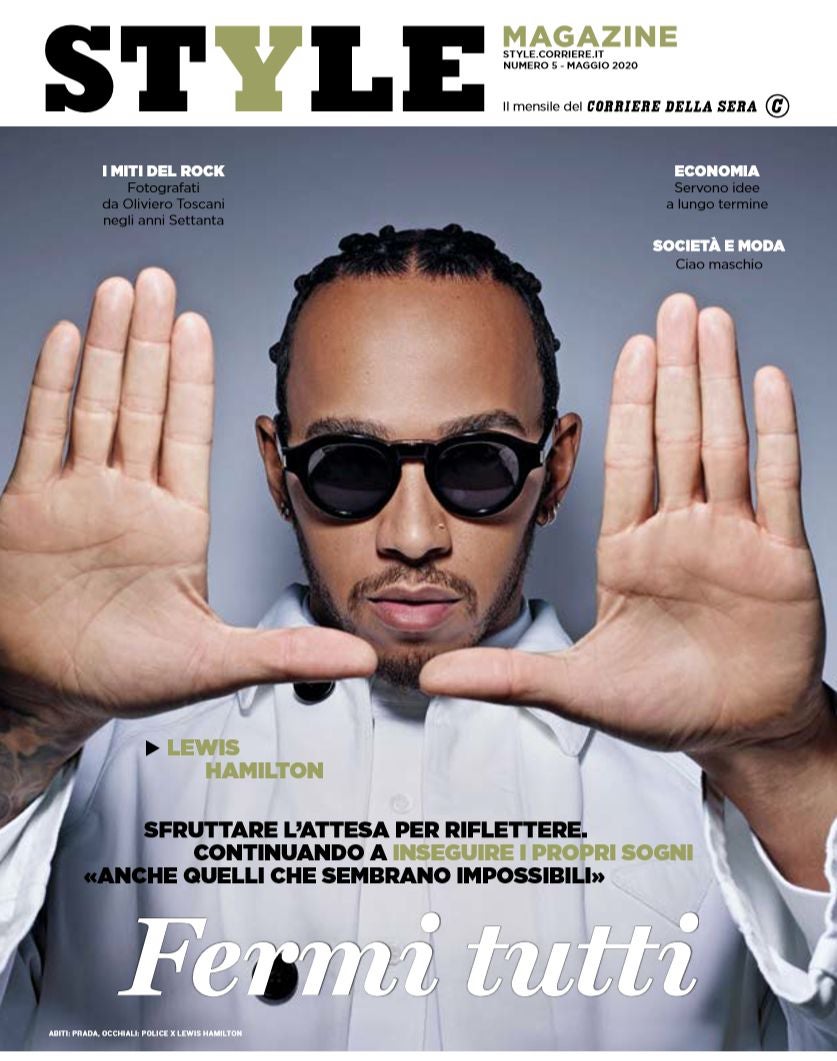 “I’ve never had a quitting mindset and that’s part of the reason I’m where I am today. But there have been many difficult moments. I remember coming home from school, super excited to go karting, and my dad having to tell me that we didn’t have enough money to go that week. The other kids at the track didn’t have those worries.”

It meant that a young Hamilton was forced to learn an early lesson in his career that in order to keep going, he had to win. Single-seater championships soon followed in Formula Renault, European Formula Three and the GP2 series, before claiming his first F1 title in 2008 in only his second season.

But at times Hamilton’s inability to be able to handle being second-best has been on show, particularly during his barren years with McLaren between 2009 and 2012, while his rivalry with former Mercedes teammate Nico Rosberg also brought that win-at-all-costs mantra out of him in their famous rivalry.

It is something that Hamilton has been forced to adapt by learning to take these occasions as lessons rather than setbacks – something that he also explained at last year’s British Grand Prix when he turned a second-place qualifying finish into his sixth Silverstone victory.

“I’ve always been a passionate, hungry and determined racer,” he said. “That will never change. But it would be crazy to say that I haven’t learned anything along the way.

“When I was younger it was more difficult for me to deal with setbacks, I’d take things personally and had a tendency to beat myself up about it. Now I know that every defeat is just another chance to improve.”

With a new breed of F1 drivers emerging to challenge him this season in Red Bull’s Max Verstappen and Ferrari’s Charles Leclerc – alongside long-term rivals Sebastian Vettel and teammate Valtteri Bottas – Hamilton knows winning title No 7 will be no easy task.

But he also has experience of being the young kid on the block and knows that it isn’t easy to establish yourself as a world champion, which can cause rash moves and decisions among the more inexperienced drivers. With that, he was happy to hand out some advice for his younger opponents who are looking to knock him off the top of the F1 ladder this season. 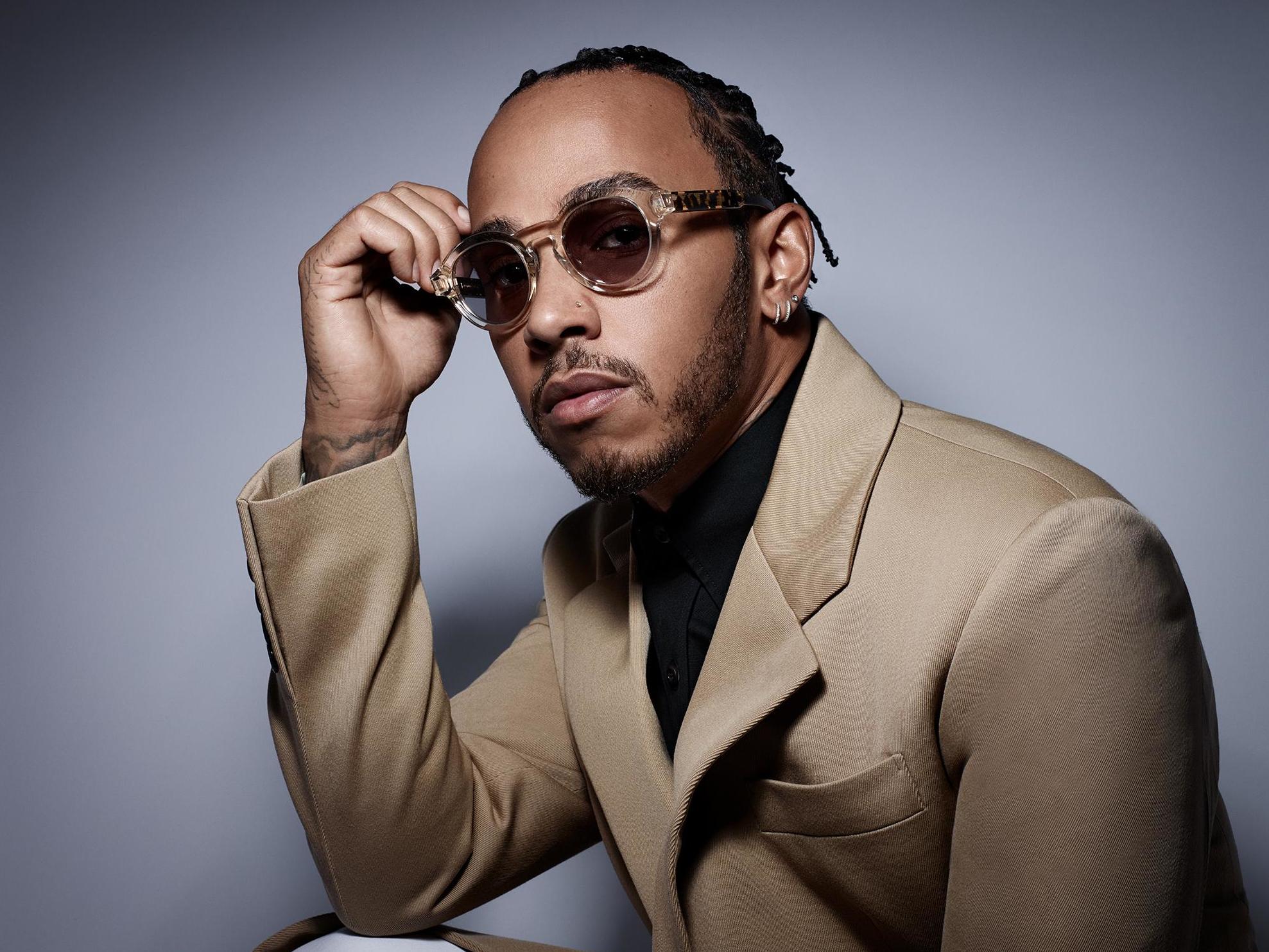 “I think sometimes people confuse aggression with passion,” Hamilton said. “To be successful in this sport you have to be passionate when racing and have the mentality to push yourself to win.

“The younger generation will always want to challenge the older drivers and leave their mark, but when speed is the key contending with experience is never easy.”

To get the full interview and shoot see Style Magazine on sale today and http://style.corriere.it