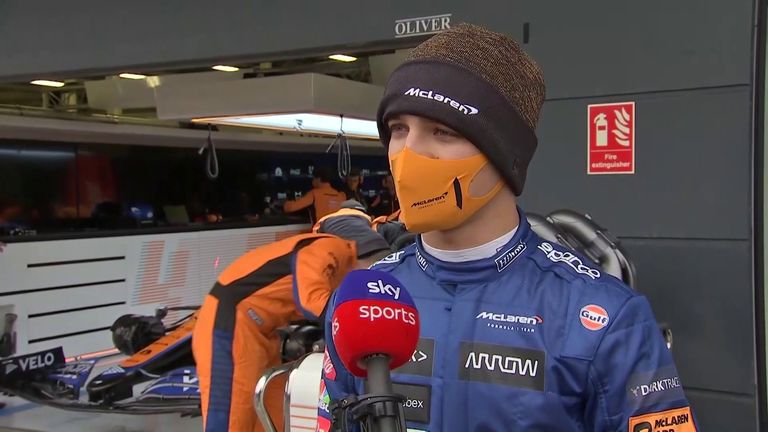 McLaren’s first Mercedes-powered car in seven years made its track debut at Silverstone on Tuesday.

On a wet morning at the British GP venue, Lando Norris was given the honour of completing the newly-launched MCL35M’s first installation lap.

Speaking to Sky Sports News, Norris said: “First of all, it’s just nice to be back in a race car. It’s nice to sit in the bit of machinery everyone has been working hard to put together. Hats off and big thanks to everyone in the team.

“It was nice. Wet and difficult conditions to get an initial feeling, but lovely to be back in a race car and pushing it to the limit. A little bit of oversteers and understeers in there, and that’s what I like.”

Let’s go! ⏫🟢 #SendIt @LandoNorris takes the #MCL35M out on track for the first time at @SilverstoneUK. pic.twitter.com/xdgIcLFviJ

New signing Daniel Ricciardo will get his first run in a McLaren later in the day.

F1 filming days are limited to 100km with the cars to run on designated tyres. Formal pre-season testing begins in Bahrain on March 12-14.

McLaren have improved their final position in F1’s Constructors’ Championship in each of the past three seasons and last year returned to third place for the first time since 2012.

Having signed Ricciardo, a seven-time race winner, and reunited with engines from world champions Mercedes, the Woking team are optimistic of continuing their progression into the new season.

However, Zak Brown insisted a push for F1’s world title at this stage was “unrealistic”.

“All we can hope for and are striving for is closing the gap to Mercedes, who we anticipate to be the fastest team again in ’21,” said Brown. “The rules haven’t changed significantly so I don’t think 2021 will look much different from 2020 for the entire grid, other than expecting it to get even closer. 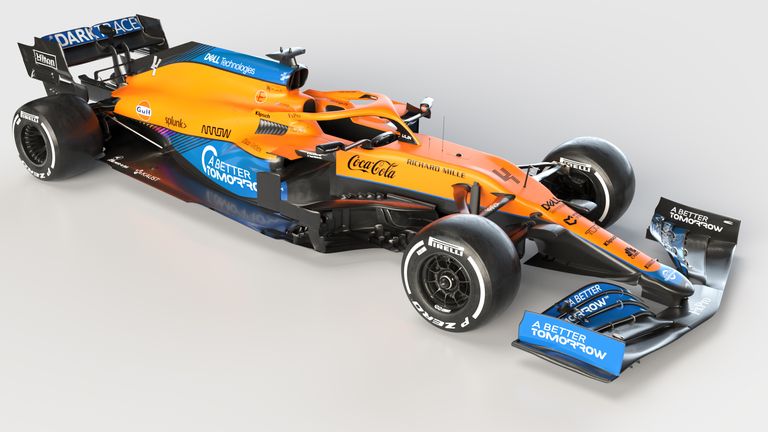 “We went into Abu Dhabi with the ability to finish third, fourth or fifth and I think it’s that close. I anticipate it being even closer this year.”