Michael Schumacher has been ranked as the greatest F1 driver of all time by 2016 champion Nico Rosberg. Schumacher is best known for his spells of success with Benetton and Ferrari, which saw him surpass the likes of Alain Prost and Juan Manuel Fangio to set records galore.

The German racing legend’s hauls of 91 race wins and seven World Drivers’ Championship titles are yet to be matched.

The Brit’s fans often claim he has already proved he is a better driver than Schumacher, who returned to F1 with Mercedes in 2010 after originally retiring four years earlier.

Rosberg was team-mates with Schumacher during his compatriot’s three-year spell at Mercedes and worked with Hamilton at close quarters for four years at the Silver Arrows. 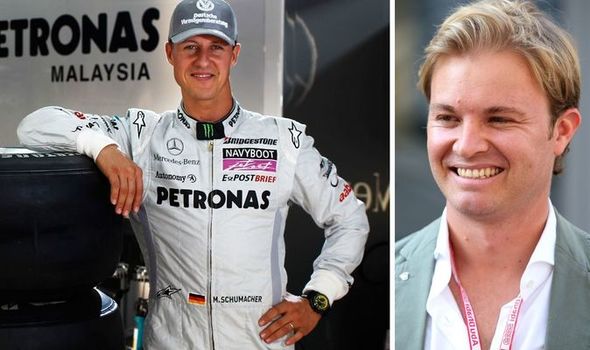 The 2016 champion has now rated Schumacher, Hamilton, Senna, Fangio and Prost as the five best F1 drivers in history.

But he says the Benetton and Ferrari icon stands above the rest as the greatest of all time.

“Schumacher,” Rosberg told Sky Sports F1, when asked to name his top five drivers in history. “I was with him [at Mercedes]. He was just a complete all-rounder. For me, the best of all time.

Rosberg named his top five after his fellow pundits had made their respective selections earlier in the week. 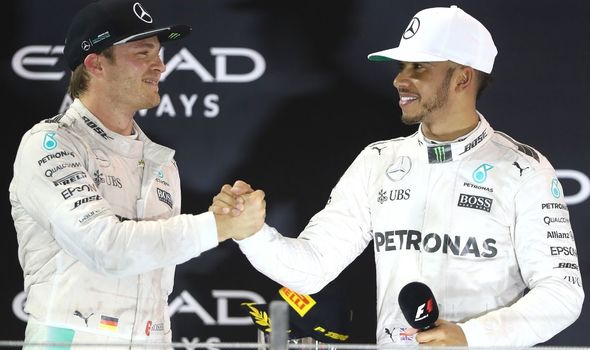 And he was dismissive of those who had left Schumacher off their lists entirely in favour of other drivers.

“That’s stupid, come on,” said Rosberg, who walked away from F1 in 2016 after edging out Hamilton to win his one and only World Drivers’ Championship.

Speaking after touching down in Melbourne for last month’s cancelled Australian Grand Prix, Hamilton insisted becoming F1’s most-successful driver was not on his mind.

The former McLaren ace can do just that though this year, with F1 chiefs still optimistic about staging a championship despite the impact of the coronavirus pandemic across the globe.

The first nine races of the 2020 campaign have all been called off and the schedule ‘s new starting point is the French Grand Prix on June 28.