‘Because that guy gets a bit salty that a non-IndyCar driver is about to win an Indy race. It just ruins it’: Young British F1 star Lando Norris blasts rival for causing deliberate crash in virtual race

Lando Norris has called one of his rivals a ‘loser’ for causing a deliberate crash during a virtual IndyCar race online.

Norris was competing in an eSports event via the iRacing simulation video game and looked to be on course for victory at the digital equivalent of the world famous Indianapolis motor speedway circuit.

However, he collided with Simon Pagenaud who slowed down drastically in front of the McLaren driver to cause an crash and rob Norris the chance of victory. 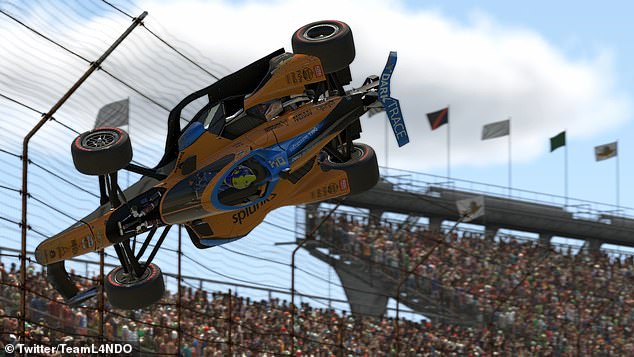 But any notions of it being an accident were soon rumbled when it emerged that moments earlier the Frenchman, unbeknown to the McLaren star, stated: ‘I’m gonna take Lando out.’

Norris was left fuming with Pagenaud, who won the real life Indy 500 in 2019, after the event.

He bemoaned the practice he had put into the race which sees drivers having to perfect an anticlockwise circuit that features just four corners all to the left. 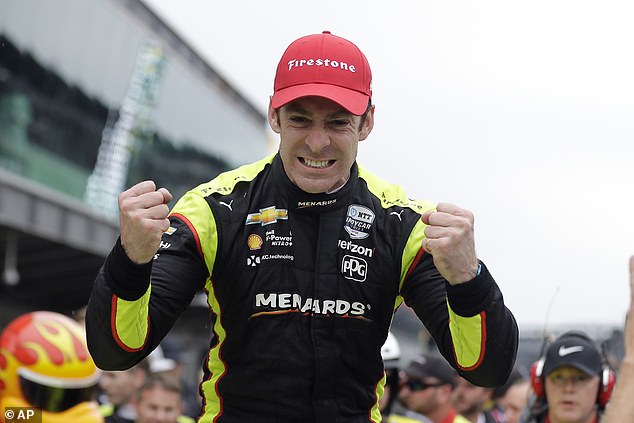 ‘Do you know how many hours, how much time I put into the left [turn]? How many hours I’ve spent driving in a straight line and then just doing this.

‘I must have spent a day in total, I reckon I’ve spent 24 hours driving in a straight line and turning left, trying to perfect it.

‘With the most delicate touch, I’ve tried doing it one-handed, with my knee…24 hours!

‘And then because that guy gets a bit salty that a non-IndyCar driver is about to win an Indy race. It just ruins it. So, yeah, that’s that…’. 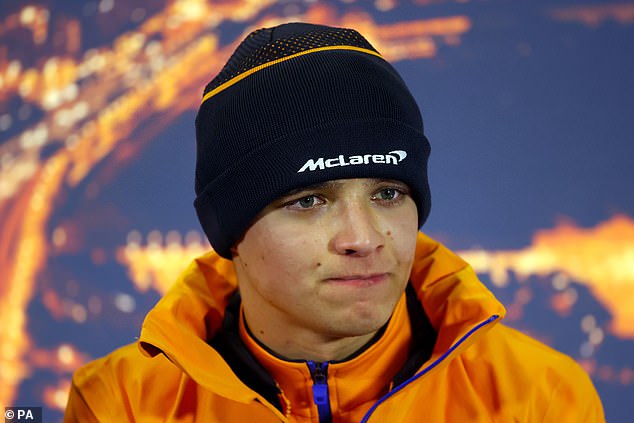 Norris had support from one of his F1 colleagues and another virtual gaming fan in Max Verstappen.

The Red Bull star was engaged in a live chat online after with Norris. While he agreed with the Brit’s view of the incident, he attempted to make light humour of it by suggesting the two engage in a real fight.

‘This is really the stupidest thing I’ve ever seen,’ Verstappen said.

‘How stupid to say live that you are going to crash someone. If you’re planning something like that, you don’t say it live!’

‘We could just put a boxing ring in the paddock. I would like to see Lando in the ring.’