Sebastian Vettel insists Lewis Hamilton is not on the same level as Michael Schumacher when it comes to being the greatest F1 driver of all-time. Hamilton won the Eifel Grand Prix at the weekend to record his 91st win – the same number as Schumacher.

Vettel respects Hamilton and his achievements but he cannot look past his idol Schumacher.

The German looked up to his countryman as he was dominating F1 during his formative years.

“I think I can’t respect his efforts enough,” said Vettel to Motorsport.com.

“It’s been the number in my head that I thought would never be beaten or equalled. I think we can be quite certain he will exceed this number. 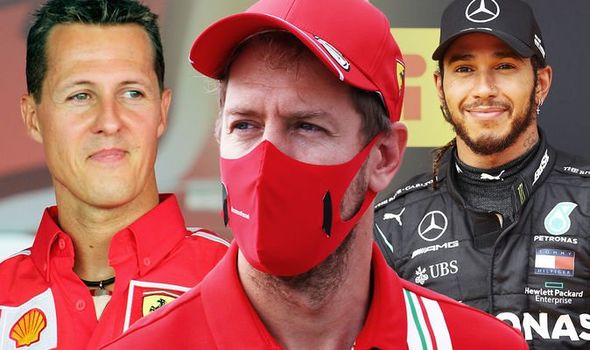 “Nevertheless, I have to say that Michael will always be my hero. And I think Michael had something about him that I haven’t seen in another driver so far.”

“I think he was better than anybody else I’ve ever seen so far,” he said.

“I think he had a natural talent that is very difficult to explain.

“I think if you saw him go karting, obviously I didn’t see him at a young age but I did at an older age, and I was happy to join him in the Race of Champions a couple of times. So you see a little bit more of the skills and the car control.

“And both the karting experience and the Race of Champions experience, I think [showed] he had a natural ability that, as I said, I haven’t seen with anyone else so far.

“On top of that, he had an incredible work ethic, but I think it’s the combination of the two that for me stands out. I haven’t seen a match yet.

Vettel does admit it is difficult to compare Hamilton with Schumacher though because he has raced against the current F1 world champion. 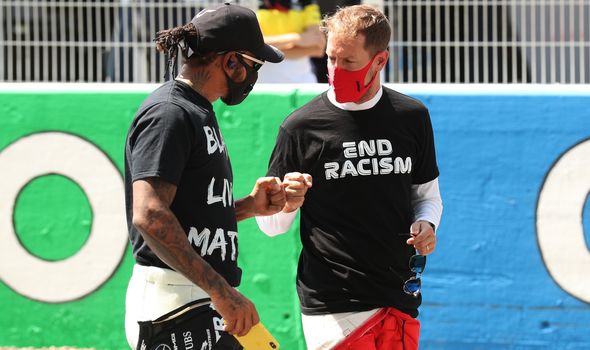 “So it’s a different situation going in.

“But probably in another 10, 15 or 20 years’ time, there will be more admiration for that. But obviously, when you’re still active, you’re looking at yourself and not so much others. But as I said you cannot cherish him enough for what he has achieved.”

F1 returns with the Portuguese Grand Prix on Sunday, October 25.