Sebastian Vettel admits he’s a relative latecomer to the world of esports and that’s why he won’t be joining Charles Leclerc in flying the Ferrari flag in Sunday’s F1 Esports Virtual Chinese Grand Prix. Vettel and his real-world rivals are currently in lockdown with the coronavirus pandemic seeing the first nine Grands Prix of 2020 called off.

The four-time F1 champion now faces a wait until at least the end of June to get his campaign, and hopefully a title challenge, underway.

Some of his younger counterparts, including Ferrari team-mate Leclerc, have been keeping themselves busy with esports racing over the past month or so.

Leclerc will represent Ferrari in the latest round of the F1 Esports Virtual Chinese Grand Prix series on Sunday but won’t have Vettel by his side.

While Vettel has tried his hand at computer games over the years, he admits he’s only recently had a crack at racing using an esports rig. 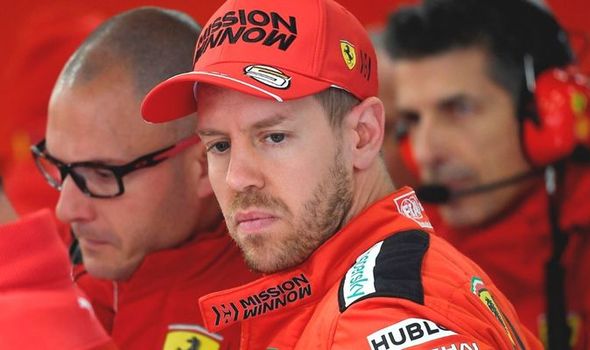 “The truth is I didn’t have a simulator until a couple of days ago, so I haven’t been tempted because I didn’t have the chance,” said Vettel, during a conference call this week. “I have heard a lot of things about it, so I figured I should get one and try, but I still need to set it up properly. Generally I am not going to foresee a career in sim racing – I think it is more something to try for fun.

“I’ve grown up with some of the stuff and I have been playing some games, but to be honest since I had kids it’s not the first thing on my list to do. But we’ll see how much time there will be. I’m aware that some people take it very seriously and spend a lot of time there, but I also enjoy doing other things so it will be a bit of a mix.”

Vettel has been holding talks with the Grand Prix Drivers’ Association (GPDA) about the prospect of going racing again when the coronavirus pandemic eases.

The 32-year-old says a whole host of options are on the table but that patience will be key as those potential choices are mulled over. 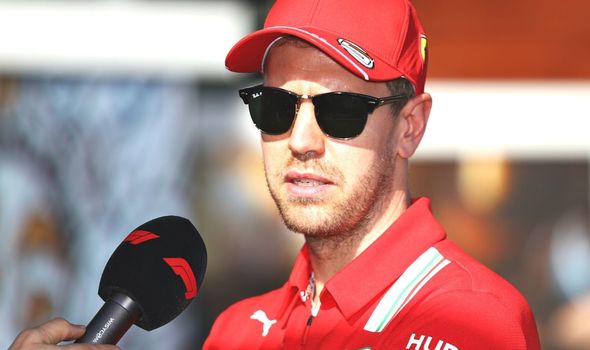 “We have spoken about [a return to racing] a fair amount inside the GPDA,” Vettel said. “It’s a very, very difficult one. It’s a tough decision. On the one hand you have the health of the sport if you look at it from a business aspect, on another hand you have the responsibility of the people in the paddock – the working people inside the paddock – and of course most importantly the fans.

“It’s a sport that is carried out in the open but we have a lot of people that normally come to watch our races. We need to make sure that as much as we are taking care of ourselves we are also taking care of the public. Now, there’s a lot of options you can think of in terms of how to get going again, what’s the best format to start racing again.

“Whether it’s without fans, whether it’s with fans, ghost races or no-ghost races and other things, I don’t know. I think nobody likes to race in front of empty grandstands, it feels a bit odd, but on the other hand the question is when is the right time to sort of say: ‘let’s start racing again’ and whether a ghost race can be held much sooner than a race in a way that we’re used to it.

“What we would all like is to get back to normal – not just for Formula 1 but for everybody’s sake and the whole world – but as I said previously in this regard the best prescription will be to be patient. It is painful because I want to get back in the car and if I’m selfish I want to race, but there’s a lot of people that would like a lot of things right now compared to the situation they’re in now.

“Probably at the very beginning the first couple of races will be compromised compared to what we’re used to but hopefully not too much because obviously we want to race in a way that we are all familiar with, meaning in front of crowds, in front of fans, with great atmosphere and so on. We will see.”