Nico Rosberg and the Spanish GP. Rings a bell, doesn’t it?

But rather than battling alongside Lewis Hamilton on Sunday, the 2016 world champion was part of the Sky Sports F1 punditry team and gave his expert analysis on a race dominated by Mercedes and his former team-mate.

Here’s his verdict on the big talking points from Barcelona:

Hamilton: ‘A masterclass, everything to perfection’

Hamilton was sublime from start to finish on Sunday, claiming pole and then streaking away from the field – despite his pre-race tyre and Red Bull concerns – through the 66 laps.

His win takes him to within three of Michael Schumacher’s all-time victory record, while the Englishman is also now 37 points clear of Max Verstappen in the standings.

And Rosberg was impressed. 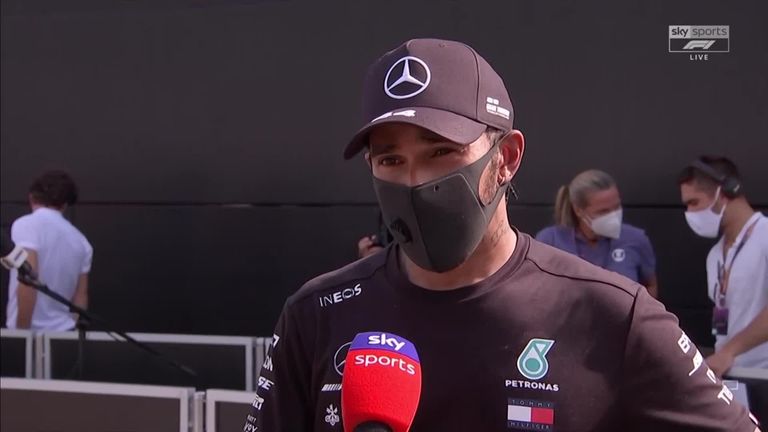 “That was a Hamilton masterclass out there today,” he said.

“Everything to perfection. The start, tyre management, the pace was phenomenal. Really impressive.”

Valtteri Bottas, on the other hand, struggled again in the other Mercedes.

He started on the front row behind Hamilton but was overtaken by both Verstappen and Racing Point’s Lance Stroll into Turn One. That cost him in the end, as he was unable to get back ahead of the Red Bull and finished third.

“Valtteri will be very, very disappointed with that,” noted Rosberg of the Finn’s somewhat tentative approach to the opening corner. “We really saw every little weakness in his armoury out there today. 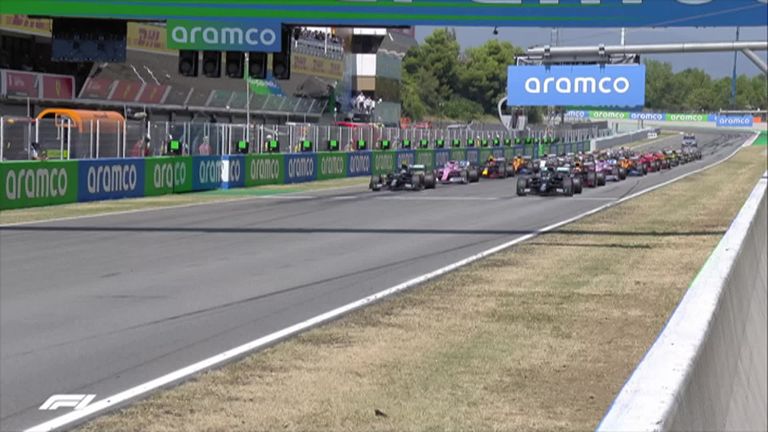 “That’s in wheel-to-wheel racing, just lacking a little bit of aggressivity, which we saw at the start and so he fell back behind Stroll. Just opening the door on the inside and Stroll went right through. Then in the race pace afterwards.”

Bottas hasn’t won since the opening race of the season, and is already 43 points behind Hamilton in the title race.

“Valtteri’s body language there was really resigned,” said Rosberg after Bottas’ post-race interview. “He can feel the championship chance slipping away from him once again. Lewis is on this incredible momentum once again and Valtteri just has to find away to put that to an end with a bang, and put in a string of results.” 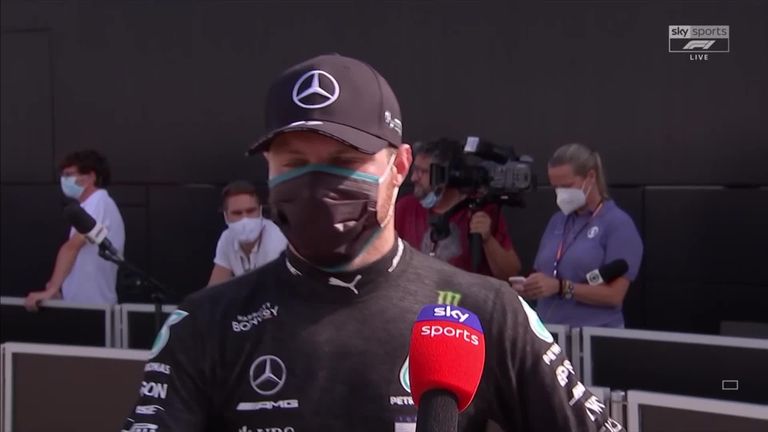 He added: “It’s always going to be tough fighting for a world championship with Lewis. But nevertheless Valtteri has a great car so it doesn’t take much to bounce back.

“If he puts it on pole next race then, boom, you’re back again with a great mental state. So it’s ok for Valtteri, he just needs to keep fighting.”

Impressed with Vettel, but not Ferrari strategy

Seventh place after starting 11th was a great return for Sebastian Vettel, particularly after his recent form, but that certainly doesn’t tell the full story.

“I must say Ferrari did a bad job in strategy, particularly with Sebastian,” said Rosberg. “As he said, a couple of laps before they asked him to push flat out and then, three laps later, ‘oh, by the way Sebastian, would you maybe make it to the end? We changed our mind’. “That’s just bad because you could have thought of that three laps earlier, he would have taken it easy and it would have been a much easier run to the end of the race.

“I’m sure he’s going to have a word this evening.”

Vettel completed 28 laps on medium tyres and then – after that Ferrari confusion – somehow lasted until Lap 66 on the softer and quickly-degrading soft tyres. 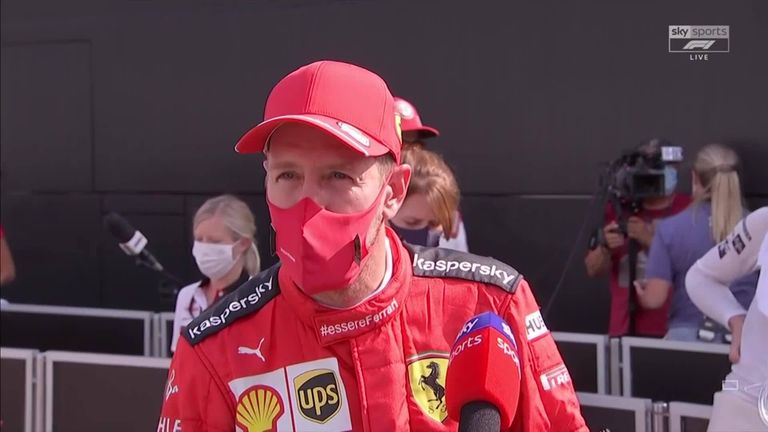 Rosberg continued: “Nevertheless, for Sebastian that was exactly what he needed. A great day, positivity, awesome performance out there, great race craft, great tyre management.

“That’s what he needs to try and get out of this deep hole that he’s in mentally at the moment.”

Sergio Perez lost out on fourth place on Sunday, with the Mexican handed a five-second time penalty for ignoring blue flags as Lewis Hamilton went to lap him.

“It’s a pretty easy one,” insisted Rosberg. “If he says he got the call [that Hamilton was coming] before Turn 10, you have three corners to let him and he took five or six corners. I think it was fair to give him the five seconds.”

Rosberg on other midfield battles

There were fierce wheel-to-wheel battles through the midfield for much of the afternoon, which Rosberg enjoyed – but two drivers who were caught up in those, Charles Leclerc and Lando Norris, will certainly be a bit disappointed. 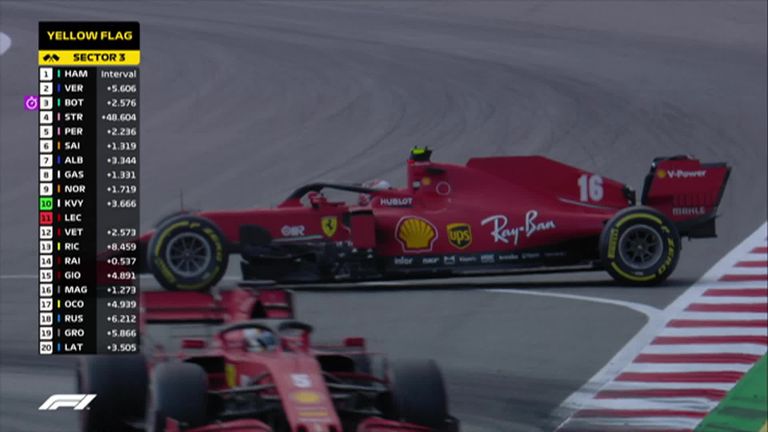 Rosberg called Leclerc’s retirement “heartbreaking” while he said of Norris’ weekend, after collecting a single point: “For Lando, everything went a little bit wrong in qualifying when he had that lock-up into Turn One and in the midfield it’s so tight.

“When you lose a little bit, one and a half tenths in qualifying, you’re eighth instead of fifth and sxith and that completely changes your weekend. It’s incredible how it comes down to detail there, and in the race there was another little mistake at the start. 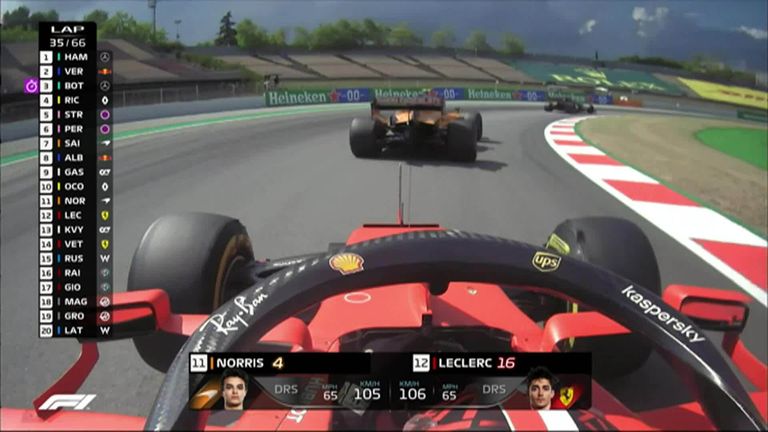 “Then you’ve just got a very difficult uphill battle after that. Nevertheless, he’s doing great this season. He can be patient.”

Esteban Ocon also struggled, down in 13th for Renault and ahead of only the Alfa Romeo, Haas and Williams cars.