Valtteri Bottas didn’t mince his words when asked about his team’s strategy for the Bahrain Grand Prix, a race he finished third in after a pit-stop error. Lewis Hamilton edged out Max Verstappen to take home the season-opener, but Bottas wasn’t happy.

Bottas called on Toto Wolff and the rest of the Mercedes garage to do more to help him after he finished third in Sakhir.

The Finn started third in the desert and ran a good race, finishing ahead of Lando Norris, who was impressive in the McLaren.

But speaking afterwards, he tore into his own team for being too defensive with his strategy.

Bottas pitted three times, but his second trip to the garage was a calamity as his technicians failed to get his front right wheel off. 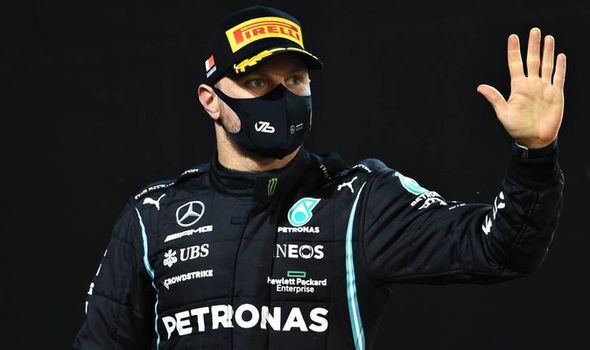 As a result, he spent more than ten seconds stationary in the pit and was unable to close the gap.

That second stop came just after being told “we’ll be going long”, indicating he should stay out and get comfortable.

He pitted towards the end of the race in order to go for the fastest lap, which he set on his final trip round the track.

But regardless, he wasn’t happy when speaking about his team’s strategy.

Bottas said: “It was disappointing for sure.

“As a team we got good points but from my side, strategy wise, we were on the defensive instead of attacking.

“I am quite surprised and it is not normal.

“I also had a quite slow pit stop which took away any opportunities. 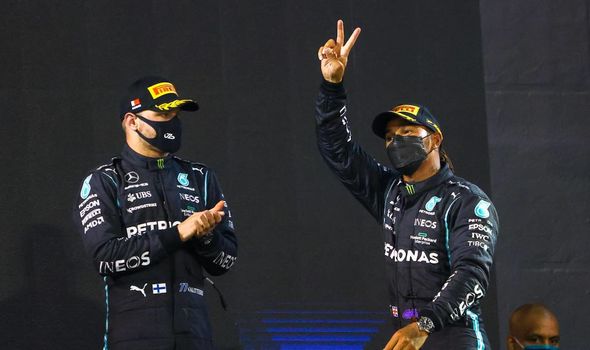 “It was good but I am disappointed.”

Hamilton put in a sensational drive to beat Verstappen in the Red Bull and get his world title defence off to a flying start.

But Bottas appeared to indicate that he feels his team isn’t doing enough at the moment to help him compete with his seven-time world champion team-mate.

He added: “We managed to have two cars and we had different strategies but from my side they [Mercedes] should have done more.”