Race to Zandvoort! With no Dutch Grand Prix this weekend, Red Bull stars Max Verstappen and Alex Albon embark on incredible journey across Holland in F1 cars… as pair drive along canals, through flower markets and along the beach to get to race-track

Formula One fans across the globe should have been rubbing their hands in anticipation this weekend, with the sport finally making its return to Holland after a 35-year absence.

Alas, the chaos dished out by the coronavirus pandemic has stopped the sporting world spinning on its axis, leaving circuits empty and pit lanes bolted shut.

Despite the heartache of the Dutch Grand Prix being denied its glorious return, the nation’s F1 sweetheart Max Verstappen decided to get together with Red Bull team-mate Alex Albon and embark on an epic road trip. 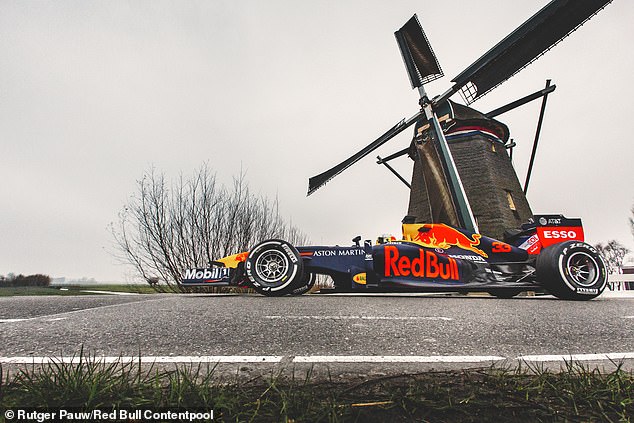 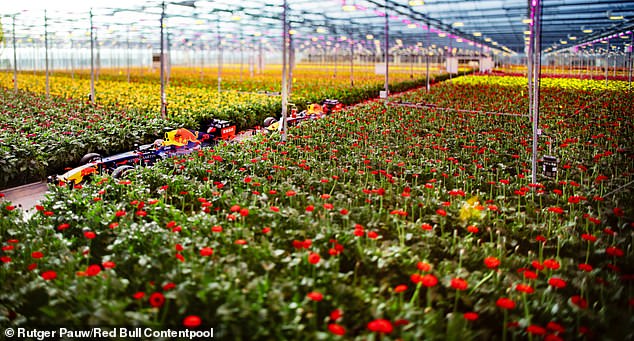 The pair speed from Rotterdam to Zandvoort, whisking through tulip fields along the way 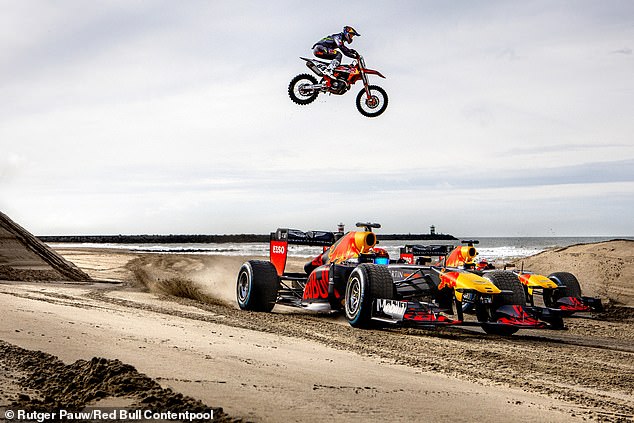 The footage has been captured by the Aston Martin Red Bull racing team, as Verstappen and Albon cruised across the country and left the locals of each location with mouths agape.

The fun project had originally been set up in order to welcome F1 back to Holland, with the two stars speeding through different terrains and ticking off the sights on their way to an ultimate destination; Circuit Zandvoort.

With the brakes firmly slammed for F1 regarding the immediate future, Red Bull have still opted to release the footage in order to whet the appetites of fans who are desperately missing the action. 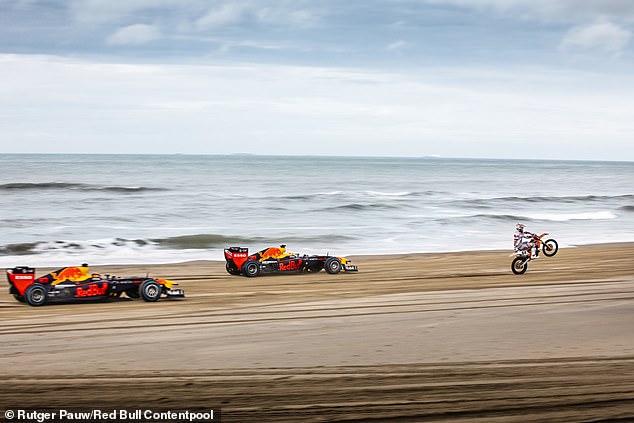 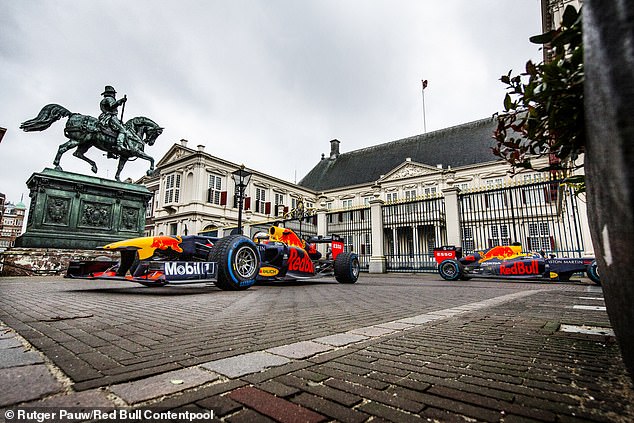 Next stop Amsterdam, as Verstappen and Albon cruise past the Royal Palace and landmarks

Verstappen, taking the lead, can be seen pulling up alongside Albon as the duo begin on their adventure; a trip which would see them hurtling past windmills, stunting down the beaches of The Hague and navigating the cyclists of Amsterdam.

Beginning in Rotterdam harbour, Albon, 24, follows on as Verstappen, 22, screeches through shipping containers while warming up the tyres in remarkable fashion.

The Red Bull boys then hit the open road, whirring past picture-postcard settings of windmills and tulips field, bounding past grazing cattle and leaving regular road cars in their wake.

A heavy goods lorry delivery driver can be seen sporting a puzzled expression as the two F1 stars flash up in his rear view mirror, before hastily speeding past and quickly becoming a mere dot on the horizon.

No sooner has Albon finished doing donuts in a warehouse of tulips, Red Bull decide to really mix things up by linking the two drivers up with world MXGP champion Jeffrey Herlings, who tears down the beaches of The Hague on his bike alongside the F1 cars. 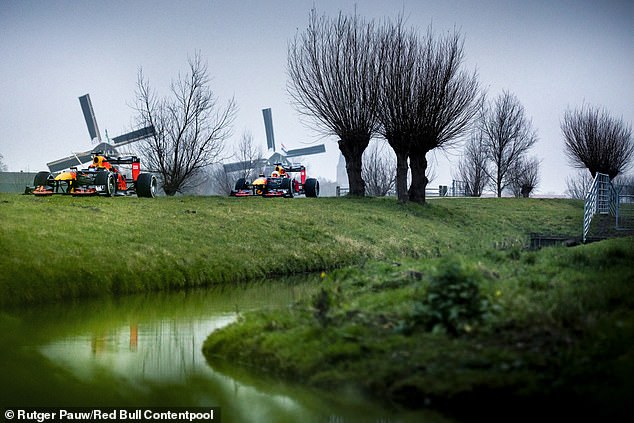 Viewers are required to hold their breath as Herlings attempts and successfully executes a death-defying jump over both vehicles at high speed.

The frenetic trip concludes as Verstappen and Albon burst through the Zandvoort gates and onto the track, before commenting on the impeccable condition of the circuit.

Discussions are being held regarding the potential return of F1 though, like all sports right now, uncertainty looms large.

This week Hungarian Grand Prix organisers followed Silverstone’s lead by confirming their race can only go ahead without spectators.

The admission came after the country’s government announced a ban on gatherings of more than 500 people until August 15, with restrictions unlikely to be lifted significantly anytime soon after. 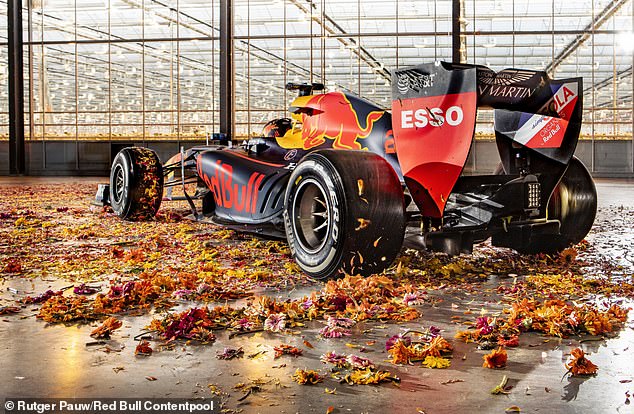 The Hungarian event was originally scheduled for August 2, but that date has unofficially been ripped up by Formula One bosses as they rejig the calendar to try to squeeze between 15 and 18 races into the second half of the year.

Formula One’s chief executive Chase Carey announced on Monday that he is planning to start the season in Austria on July 5.

Another race at the same venue is expected the following week, with Silverstone likely to host the British Grand Prix on July 19 and a second race probably on August 2, but possibly on July 26.

Privately F1 bosses accept that the entire European swing of the season – the opening sequence – will all be fan-less, TV-only events.