Verstappen delighted with first F1 pole but 'frustrated' by Mercedes

Max Verstappen expressed his joy at securing his first pole position of the 2020 Formula One season in Abu Dhabi, but also highlighted his frustration at being so far behind seven-time world champions Mercedes.

After posting a phenomenal final lap in Q3 to sneak ahead of Lewis Hamilton and Valtteri Bottas at Yas Marinas, Verstappen said it was finally a reward for Red Bull’s efforts.

‘It’s a long season for everyone, with a lot of races in a row,’ he told Sky Sports F1. 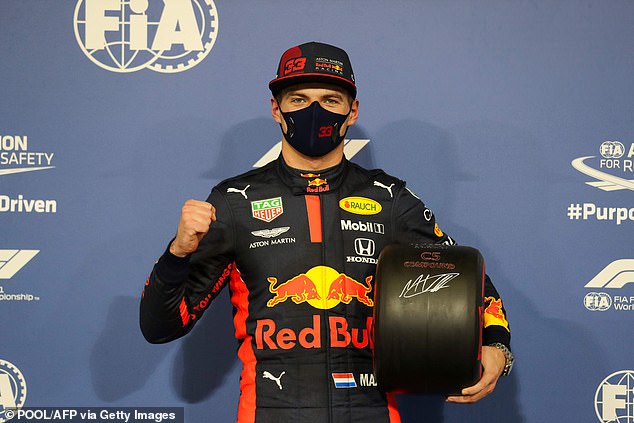 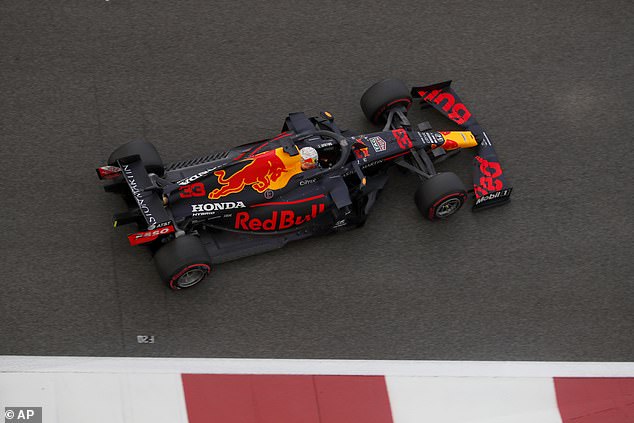 ‘I think this was a good final qualifying for everyone in the team and for sure we are very happy with that and it’s great to finally get there after being close many times in 2020.

‘This year I’ve done quite a few good quali (qualification) laps but it was never enough for pole position. To finally have at least one I think for the whole team is a great achievement.’

However, the 23-year-old’s delight was tinged with disappointment at Mercedes’ significant dominance over the track in recent years, and Red Bull’s failure to mount a serious challenge. 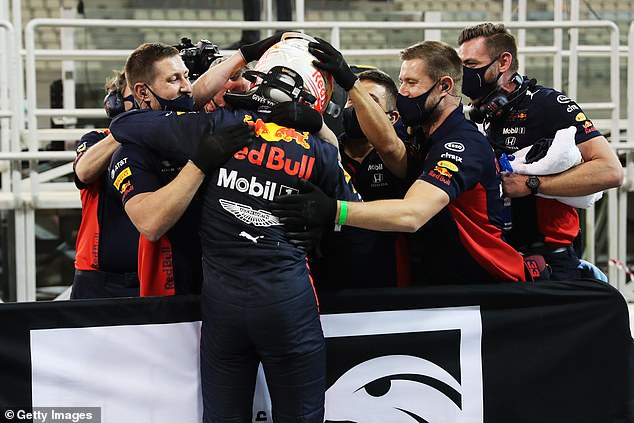 Verstappen enjoying his success with his Red Bull team, who are ‘getting closer’ to Mercedes 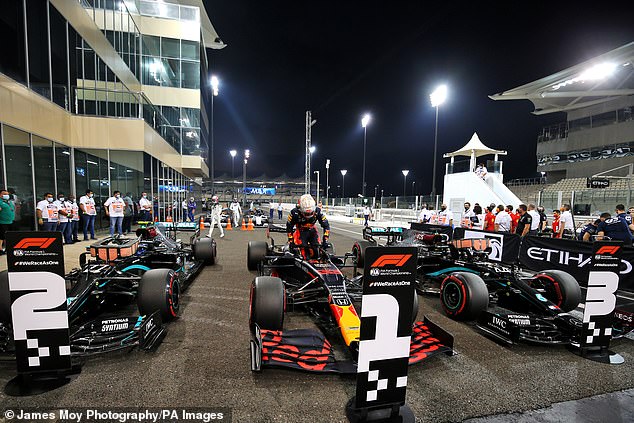 ‘The whole season, being behind and getting closer, it’s a bit frustrating. But very, very pleased with today.’

‘We’ve been working so hard really the whole season to try and close that gap to Mercedes.

‘Of course they have a different strategy with how they develop the car but for us it was all about understanding the car, to make it better for next year. To do that today, to be first, I was very happy for the whole team.’ 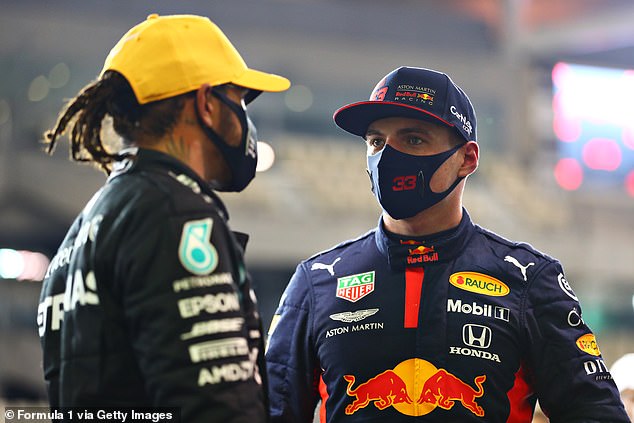 Emphasising his desire to start winning things, Verstappen admitted that while he was having ‘a lot of fun’ racing for Red Bull and working with the team, ‘at the end of the day, of course Formula One is about performance’.

‘For us it’s a great motivation to see a team (Mercedes) do so well and we want to try and beat them. It’s not easy, it’s never going to be easy but at least today we were in front and that was a great achievement.’