Albon edged a race-long battle with Charles Leclerc around the simulated version of Interlagos last Sunday to end his Ferrari rival’s run of two consecutive victories in the Virtual GP series. 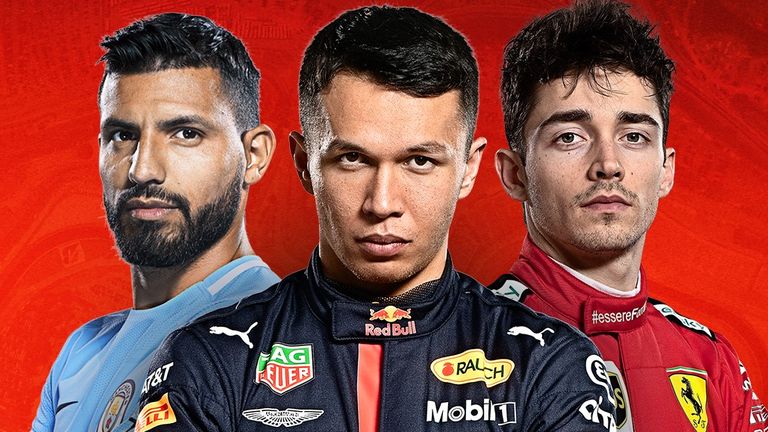 Leclerc is also back on Sunday with the young Ferrari and Red Bull pair joined by the usual sim-racing contingent from the current F1 grid – George Russell, Lando Norris, Nicholas Latifi and Antonio Giovinazzi.

Sky F1’s Anthony Davidson, meanwhile, returns fresh from a victory in the All-Star Series sim events last weekend and competes for Mercedes for the first time. Davidson remains a simulator driver for the six-time F1 champions.

And the name Hamilton returns to McLaren, as Lewis’ brother Nicholas teams up with Norris for the Woking team. 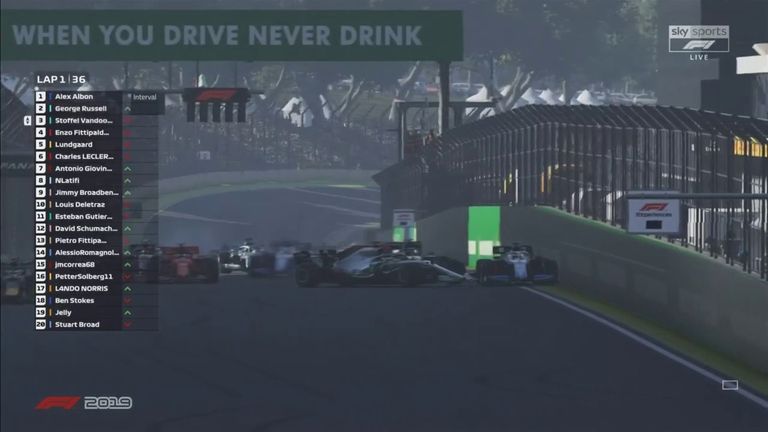 Can Aguero strike for the sporting celebs?

Forty-four drivers have competed across the opening four Virtual GPs, the events being staged to fill the void of real-life racing amid the coronavirus crisis.

The grids have been made up on an eclectic mix of current and former F1 drivers, junior rising stars, gamers and influencers, and stars from other disciplines.

Can’t wait for that @f1 “Lights out” feeling 🏎🏁 Are you sure you want to race me @alex_albon? @redbullracing @pumafootball @pumamotorsport

But the events have still been dominated by the professional racers, with a competitor from another sphere yet to break into the podium positions. Renault tester Guanyu Zhou won the inaugural event, with Leclerc winning twice and Albon once since.

Aguero will attempt to become the first sportsman from another field to finish in the top 10.

Ben Stokes, the England cricketer, has achieved the best result in that regard so far – 13th.

Ian Poulter, meanwhile, returns for a third outing with Renault.

In total, there are six debutants in Sunday’s field.