B. Vunipola reveals why he didn't take a knee to support BLM movement

‘They were burning churches and Bibles. I can’t support that’: Devout Christian Billy Vunipola reveals why he didn’t take a knee to support Black Lives Matter movement before Saracens’ match as England star slams rioting across USA

Billy Vunipola declined to take a knee in support of Black Lives Matter last weekend because of his opposition to elements of the movement’s protests.

Vunipola, the England No 8 of Tongan heritage, remained standing before Saracens’ Gallagher Premiership defeat at Bristol on Saturday while his elder brother Mako knelt.

Asked about his involvement in the Israel Folau controversy last year, the devout Christian went on to explain the stance he took when the league returned after a five-month absence due to coronavirus. 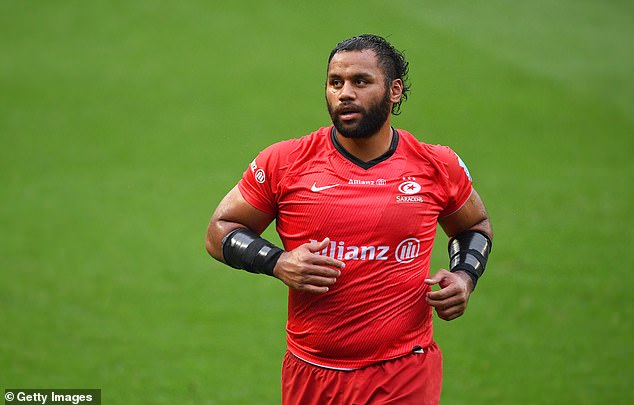 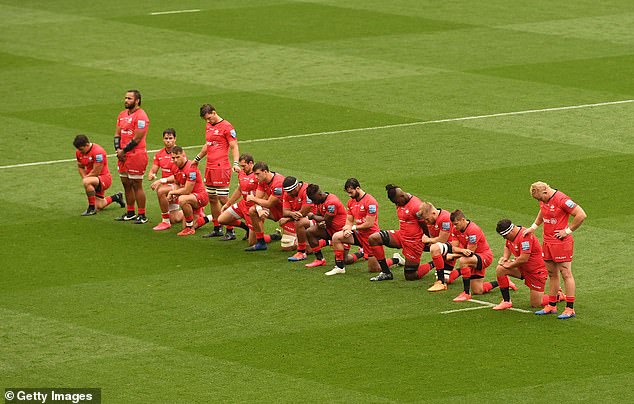 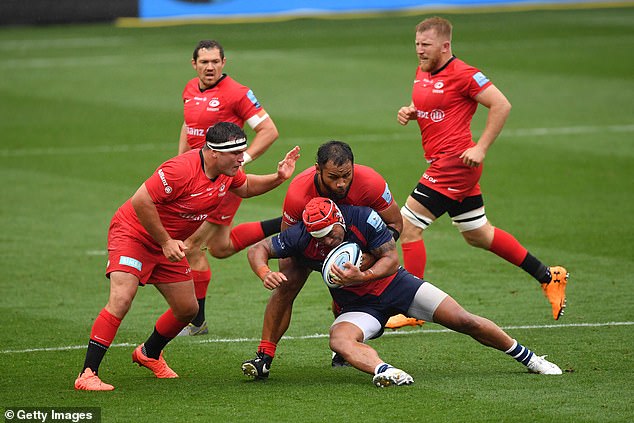 A devout Christian, Vunipola hasn’t agreed with some of the reports in America where churches and religious statues were set on fire and vandalised in protest over BLM

Reports in the United States have claimed that in July, as BLM protests continued over the death of George Floyd in Minneapolis, churches and religious statues were set on fire and vandalised.

Vunipola’s Samoa-born England team-mate Manu Tuilagi also opted against taking a knee, as did the majority of South African players involved in round 14.

‘A similar situation happened with the Black Lives Matter movement last week when we were asked if we want to take a knee or not,’ Vunipola told The Good, The Bad & The Rugby podcast.

‘What I saw in terms of that movement was not aligned with what I believe in. They were burning churches and Bibles. I can’t support that.

‘Even though I am a person of colour, I’m still more a person of, I guess, Jesus.’ 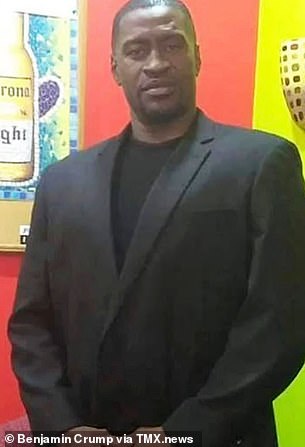 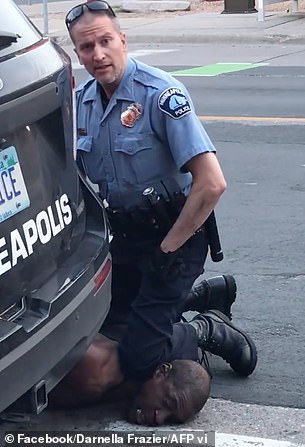 Derek Chauvin (right) has been charged with second-degree murder and second-degree manslaughter in relation to George Floyd’s (left) death in Minneapolis, America

Vunipola was embroiled in controversy in April 2019 when a post on his Instagram account read ‘Man was made for woman to pro create that was the goal no?’

The 27-year-old was acting in support of Australia full-back and Christian fundamentalist Folau, who stated on social media that ‘hell awaits’ for ‘homosexuals’.

Vunipola subsequently received formal warnings from the Rugby Football Union and Saracens and he reflects on the episode by stating that although proud to have defended his faith, he would now take a more measured approach.

‘I could easily have been, “I’m not going to support this”,’ Vunipola said. 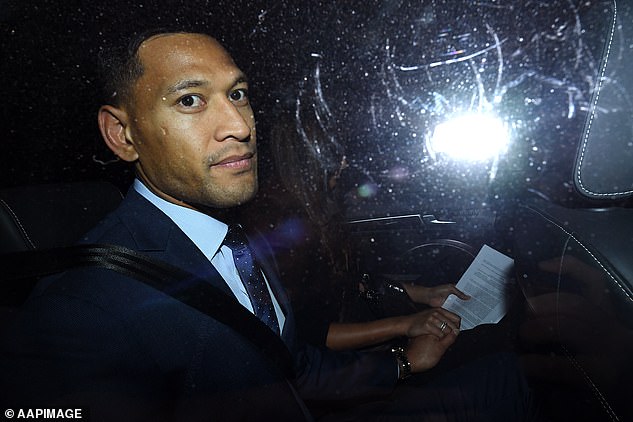 ‘I didn’t sleep for two or three days after I saw his post because something inside me was saying, “Do you actually believe in Jesus Christ or do you not?” That was the challenge I was battling with, not what Folau had said.

‘It was something that challenged me to step up to a level I’d never been before in terms of, “Am I actually going to put myself in a position where people dislike me and ridicule me?”.

‘I didn’t enjoy being ridiculed, I really didn’t. But at the same time what I did find comforting is that I stood up for my faith and I didn’t just fall by the wayside.

‘(Now) I wouldn’t go about it the same way, it would be more of a conversation from my point of view. I’d talk to whoever had any questions. 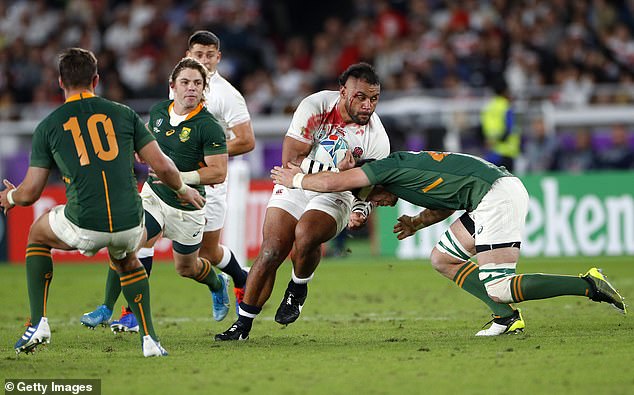 ‘If it happened again now and I was asked, “Billy do you stand in support of it?” I would have to say yes because I’ve made my position clear.

‘The way Folau came out with it was very abrupt and direct. Sometimes the Gospel is direct.

‘But at the same time, we need to accept people for who they are and what they want to do with their own lives. It’s not for me to judge, it’s for God.

‘At the middle of it all – to have forgiveness or to go to Heaven, or to not go to Hell – is believing in Jesus Christ and essentially that’s what I wanted to get across.’