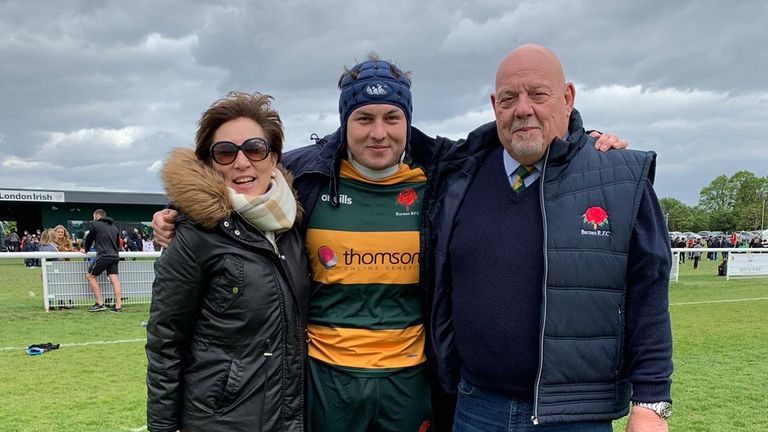 Barnes Rugby Club in south west London are raising money for NHS charities through a ‘one million kilogram lift’ in memory of the father of one of their players who died with COVID-19.

The club have urged people to “lift anything you have to hand” on Saturday May 2, hoping to pass the one million kilogram mark with a collective effort in memory of Garry Garrett.

A page set up to collect money raised during the ‘Big Barnes RFC 1Million Kg Lift’ has already doubled its £10,000 target.

“It was a great shock for all of the Barnes Rugby family when Garry died,” said Barnes RFC chairman Michael Whitfield. “Everyone wanted to help (his wife) Yolanda and (son) Jack, everyone wanted to do something to honour his memory.

A fantastic shout out from England internationals @sarah_hunter8 & @SarahLily2468 supporting #BarnesRFCBigLift in honour of Garry Garrett & recognition of the hard work done by the #NHS.
For info visit:https://t.co/d9o6T1azbr#oneclub #stayhomestaysafe #playintheoriginalspirit pic.twitter.com/KVjic8DOo6

“We came up with the idea of lifting one million kilograms this Saturday, raising money for the NHS whilst we do it.”

Yolanda Garrett said the family are “overwhelmed by the love and support from Barnes Rugby Club at this difficult time, and can think of no better way than taking part in the Big Barnes Lift to celebrate Garry’s life, and to raise money for such a great cause, supporting of our wonderful NHS.”

England internationals Billy Vuniploa, Jamie George and Chris Robshaw are among those who have shown support for the cause on social media.

“Across, the whole club, we are seeing an incredible response; players, coaches, physios, parents and social members are signing up in droves to take part on Saturday,” said Whitfield.