Billy Vunipola: 'It wouldn't be right for me to play for Tonga'

It was one of Sir Bill Beaumont’s flagship election promises but Billy Vunipola says…: ‘It wouldn’t be right for me to go back to play for Tonga’

Over the past few weeks, Billy Vunipola has played a supporting role in rugby’s version of House of Cards. The No 8 turned political pawn as his name was touted in manifesto promises for the World Rugby elections.

As a sweetener to the Pacific Islands, Sir Bill Beaumont proposed an eligibility change allowing the England star to play for his Tongan homeland. But it may have been a good idea to first ask the man himself.

‘From my point of view, you choose your path and you have to stick to it,’ Vunipola told the Mail on Sunday. ‘Say I get dropped by England because someone better and younger is coming through. I don’t think it would be right for me to then turn around and say “Right, I’ve had my go with England, I’m going to go back to Tonga”. 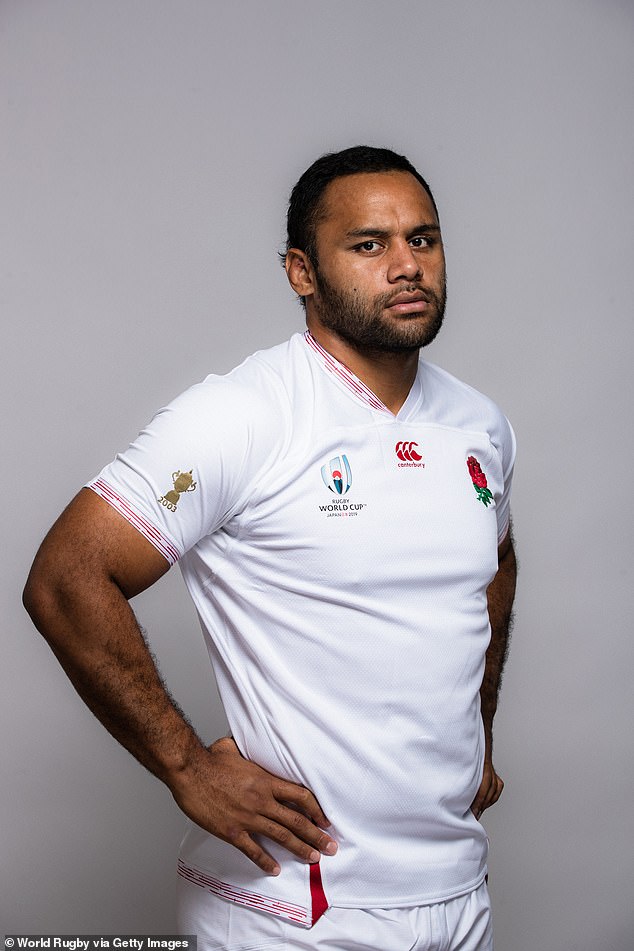 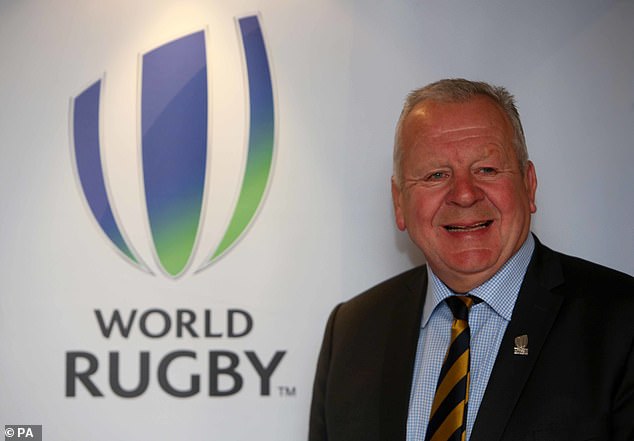 ‘It’s easy to just say, “Come on, guys, let’s have the best players at the World Cup, amazing, let’s do this” but it affects a lot of people.

‘When I play for England, I am stopping someone like Ben Morgan. If I go back and play for Tonga, I am also stopping an opportunity for a player whose only goal was to play for Tonga. I don’t think that’s right.

‘The reason I don’t play for Tonga is well documented. The biggest export from Tonga is rugby players and it’s our job to find where we can make as much money to support our family. Unless we have a system where everyone gets the same amount of money, people will always choose the more stable option.

‘It’s tough, but you have a choice. You can’t make the call to play for England, then turn around and say you’ve been hard done by. If you make that call, you stick with it.’

Despite his rugby career being in England, Vunipola has close Tongan ties. His father, Fe’ao, is CEO of the Tongan Rugby Union so the family followed the elections closely.

‘How to solve the problem of the Pacific Islands was one of the hottest questions. Despite Agustin Pichot being portrayed as the answer, the islands gave their presidential vote to his rival, Beaumont. 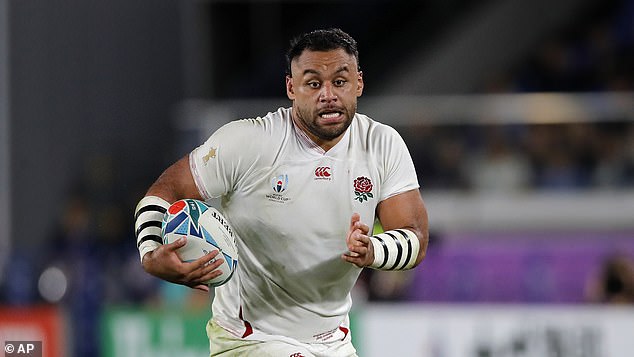 ‘A lot of people were backing up Pichot because they want change,’ said Vunipola. ‘But New Zealand were backing Pichot, yet no one is asking how many times they have been to Tonga or Fiji? Not once. It’s a two-hour flight for them.

‘They went to Samoa because they were getting called out for it… not out of the goodness of their hearts.

‘It’s all about money at the end of the day. Socialism doesn’t really work. They’re saying, “Let’s do a revenue share”. England make £14 million a Test.

‘If England go to Tonga, what would the headline be if England turn around and say, “Right, give us our half of the takings”? People will say they’re being selfish. I’m not really into politics, but we’ve had two really successful World Cups yet, when the election comes around, everyone is saying Bill Beaumont has done a terrible job.

‘We will never move forward if people don’t take ownership and make sacrifices but all I’m seeing at the moment is England have the most to sacrifice.

‘It’s being made out like rugby is in dire straits because of England and France. They just run a better business model. Rugby always feels like it has to alter something. Just be careful what you wish for.’

In Tonga and further afield, Vunipola believes part of the answer lies in stronger domestic competitions. 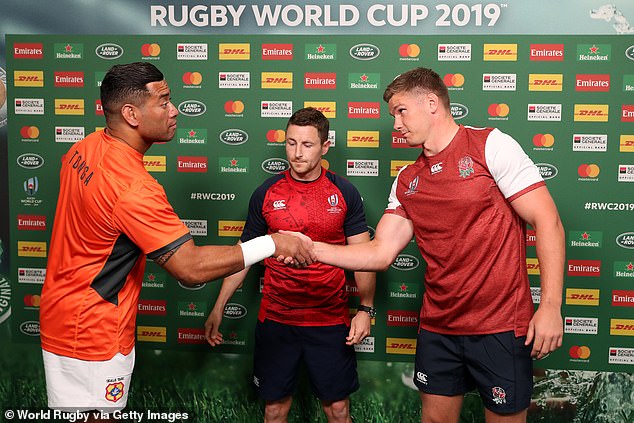 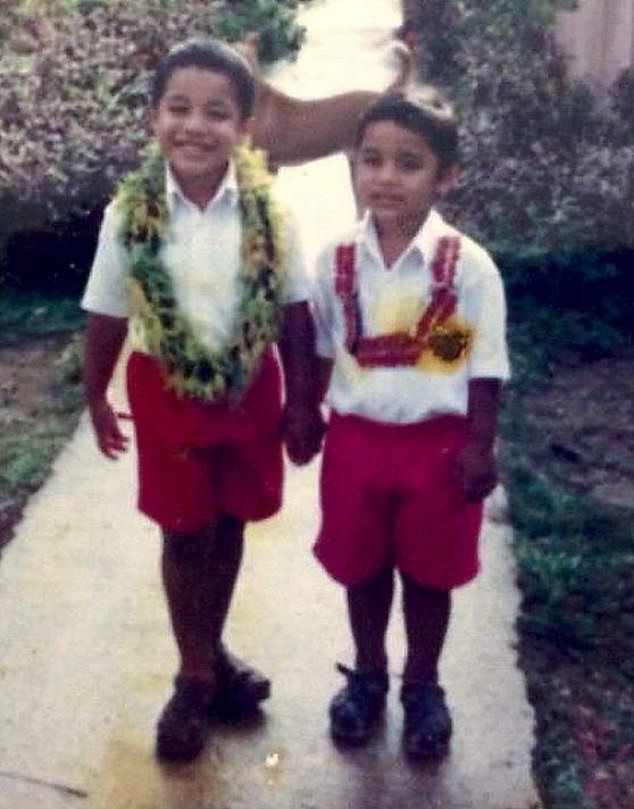 ‘It starts from the roots, first,’ he said. ‘Tonga needs a programme where they improve players locally first. Players back home will only turn up if there’s a prize money incentive at the end. Otherwise you can get more security going to Australia to fruit pick than playing rugby in Tonga.

‘If it’s thriving back in Tonga, then you add the stardust. Maybe then they will one day turn up in Cardiff or Twickenham and win. The only way Tonga will get more sponsors is if they get regular exposure — not just every four years at the World Cup — and they are winning matches.

‘I’d love for England, Argentina or Brazil to go on tour to Tonga. It would be an amazing tour — Samoa, Tonga, Fiji. It would be the best three weeks of exposure for those countries and players. They would probably close down the whole country for a week if England turned up. There would be so much hype. It would be amazing. It would be the highlight of my career, 100 per cent.’

As for matters closer to home, Vunipola thinks that criticism of the Premiership is unfair. Mike Brown recently branded English rugby ‘boring’ in his Mail on Sunday column. But Vunipola has a more conservative stance.

‘What Browny said isn’t invalid but you don’t want games where teams are winning 50 points to 45 every week,’ he said.

‘That’s not fun, you might as well go and watch tennis. We had a World Cup that was unbelievable, creating revenue, but then suddenly rugby’s boring again? 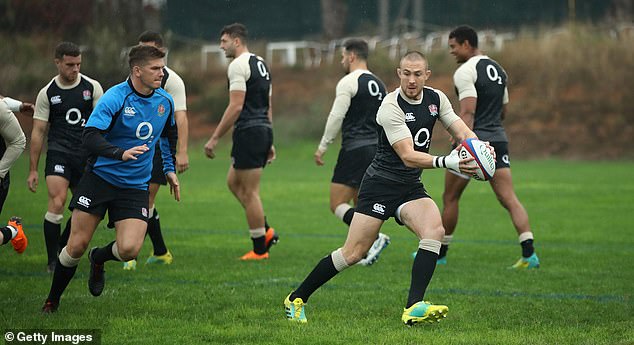 ‘There’s always a push to change the game, 50-20 kicks, whatever. We’ve got a niche market and we have to cater for what we have.’

But Vunipola is realistic about what the future holds. His club, Saracens, have been relegated to the Championship and long-term pay cuts are a possibility.

The 27-year-old was forced to apologise this week when he was photographed breaking lockdown rules and, like others in the sport, he is uncertain about rugby’s return.

‘I’m ready to roll but there is nothing to roll into,’ said Vunipola, who has not played since January because of a broken arm.

‘There are way more important things going on. If it’s safe to play, we’re ready. If not, we hold tight.

‘It might be inevitable that we take a pay cut. We’ve missed a huge number of games which bring in revenue. Most clubs are running at a loss so you’ve got to understand the situation and take it on the chin.’