Clubs borrowing from AFL will have to report to league weekly

The clubs that borrow money from the AFL to make ends meet will have to submit a detailed weekly budget to the league as one of their conditions.

AFL and club sources have confirmed that those "assisted" clubs – of the 18, at least 10 are expected to need to borrow from the AFL during the COVID 19 crisis – would need to have their budgets approved by the league on a weekly basis. 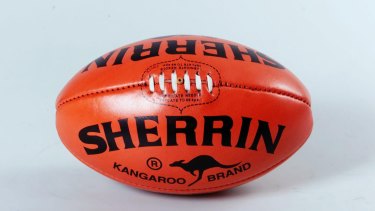 The clubs that borrow from the AFL will have to report to the league weekly.Credit:The Age

Only six clubs – West Coast, Collingwood, Hawthorn, Richmond, Adelaide and the Western Bulldogs – have confirmed that they will not seek to borrow money from the AFL during the coming months, with the majority expected to sign up for what will be an initially interest-free loan or financing.

The Age has not yet confirmed Essendon's position and whether the Bombers will join the richer clubs – and the surprising Bulldogs – as one of the clubs that will go it alone and self-fund, outside of player payments.

The incentive for self-financing, as at least six of the 18 clubs have decided, is evident in two ways.

The first advantage is that the clubs that are unassisted do not have to report to the AFL nor be as accountable to the league for what they spend, although all clubs will be subject to the heavily reduced soft cap (which could become a hard cap) on football spending.

The second factor is that clubs have to show they have exhausted cash reserves, or even the potential to borrow, before they can access the AFL loan.

Those assisted clubs will be charged an interest rate of about 3.3 per cent after October 31, which usually marks the end of the clubs' financial year, though it is likely that games would be played after that date – into November and even December – if the shortened season resumes after July.

Under the deal, all clubs will have their salary cap paid 100 per cent by the AFL, excepting the capped marketing deals for players of about $1 million, which the clubs will have to pay for themselves.

Of the confirmed "unassisted" clubs, five will rely on cash reserves, while Adelaide intend to borrow from their bank, the Bendigo Bank.

The requirement of borrowing means some clubs will increase their debt significantly, with St Kilda and the Brisbane Lions already owing well in excess of $10 million, although much of that is already owed to the AFL.