Dial up the nerves: how the Dees and Dogs will handle grand final fortnight

Having twice been immersed in the Melbourne grand final week experience and last year lived it on a kind of footy desert island, Richmond chief executive Brendon Gale’s heart goes out to Melbourne Football Club this fortnight.

“A win’s a win, but I do feel for their members and fans,” Gale said. “They’ve been through so much, it’d be great to take in the whole experience. 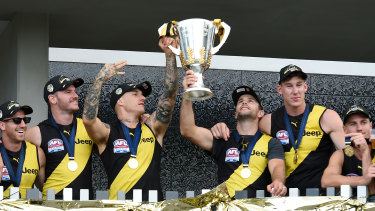 The 2020 Tigers celebrate on the Gold Coast. Credit:Getty Images

“Last year, to be honest, the big drawback was not being able to share the grand final win with fans and family. It was taken away.

“We weren’t caught up in all the hype. We got in a bus, turned up on Friday, had a captain’s run, played the next day. Afterwards, we didn’t get back to our hub until 1.30 in the morning. There was no one there except us. It was like being in the change rooms at a country footy club. But at least we’d had the full experience before.”

That is the Bulldogs’ shred of consolation, too.

Melbourne and the Dogs find themselves at two removes this so-called grand final week. One is distance, three time zones worth. The other is the extra week of build-up for both grand final teams, an unprecedented lacuna. If 57 years of waiting feels like a long time for the Demons, this fortnight is going to feel like 57 more. 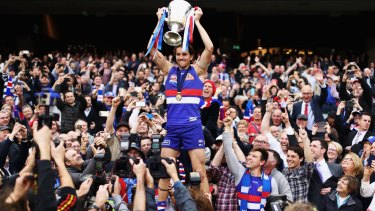 Melbourne have been at pains to stay connected to their fan base by talking into the television camera at every chance, and the Bulldogs are never far from theirs in spirit. But both are now into uncharted territory – and time without end.

The obvious upside is the extra recovery time, personified now by Stephen May. “If you had a small niggle during the preliminary final, wow, what an opportunity to get yourself right for the biggest game of your life,” said Jude Bolton, who lived through three grand final weeks with the Sydney Swans and won two flags. 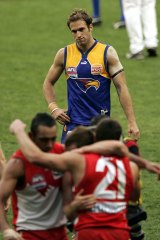 But the mental challenge is more complex. “You would have that unsettling feeling of, have I been on edge enough?” Bolton said. “It can be a really draining week. You’ve got hundreds of people giving you a call. You’re talking to everyone about how excited you are the whole time. You’ve got to find moments to switch off.

“The coaching and fitness staff at all the clubs are so professional. It’ll be front of their minds: how do we give the guys that small bit of space to clear their heads?”

No one is immune. In his 2015 autobiography, modern great Chris Judd describes the morning of his first grand final in 2005. “After breakfast, Daniel Kerr came to my room and we just sat there in near silence, watching Video Hits and going to the toilet every 15 minutes.” he wrote. Multiply that by seven mornings. Now multiply it by 14.

Gale nodded. “Part of performance anxiety is just the waiting,” he said. “There’s going to be a lot of anxiety around. Elite sporting performance is about consistency of preparation, about doing the same things week after week after week. All of a sudden in grand final week, you’re doing something different. That may impact players in different ways.”

Gale said Damian Hardwick’s message to the Richmond players in 2017 was simply to enjoy grand final week for the carnival it is. “The festivities. The celebration. It’s a very heightened experience,” Gale said. “Do you get that over two weeks? Is it watered down? Diminished? I don’t know.”

It’s fair to say that the data concerning the emergency footy regime of the last two years is still open to interpretation. The first two grand finals played outside Victoria will also have been the first two all-Victorian grand finals for nearly a decade. That suggests hub life actually might work to bind and focus a footy team. 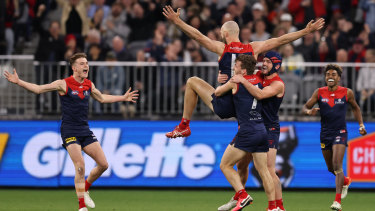 But after the preliminary finals, the question about whether a week off during finals works for or against a team is more open than ever.

In an era where every plan has to have a contingency, the AFL is glad of the extra time. The one thing it won’t do is to try to reinvent grand final week as grand final fortnight, with a slew of extra events. Apart from anything else, most of the 30-odd AFL staff who have flown to Perth are still in quarantine. Chief executive Gillon McLachlan won’t get his release until Thursday. 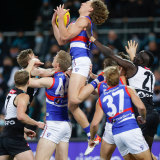 So, there’ll be a pre-grand final week, then grand final week, with a semi-virtual Brownlow Medal gala next Sunday and some sort of fan event the following Friday, though not necessarily a parade. The AFL and Perth council are still nutting out the details.

The AFL does not fear that the occasion will die from waiting in Perth.

The ultimate contemporary authority on grand finals is Leigh Matthews, who was involved in 12 as player and coach, for eight flags. He’s not a sentimentalist, though he once spoke of the peculiar dread of waking up on grand final morning knowing that the day could only end in triumph or despair, but nothing in between.

His view is a pragmatist’s. The circumstances of this year’s grand final are unique, Matthews said, but so has everything about the last two seasons been unique. Everything’s been at a minute’s notice. Adaptation has been the key.

As if Dees diehards need reminding.