Scotland head coach Gregor Townsend praised the impact of Finn Russell after the returning fly-half came off the bench in the 48-7 win over Georgia.

Russell came on early in the second half with Scotland four tries to one up and the Racing 92 player added a spark as the game opened up in the latter stages.

Making his first international appearance of 2020 after repairing his relationship with Townsend following a disciplinary issue ahead of the Six Nations, Russell set up a debut try for Duhan van der Merwe.

Townsend said: “He had a really positive impact on the game, as he has in training this week.

“He played well. I thought his passing was outstanding. He had two or three really quick passes and we were unlucky with one as we got held up over the line, but he opened up space in the defence and had a couple of good kicks too.” 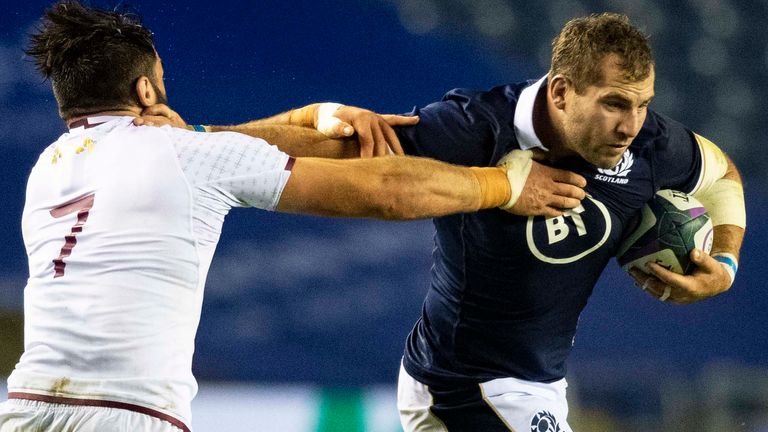 Townsend said: “It was certainly a strong hit-out for our forwards. The ball was slippy and there were errors from both teams and we didn’t get a lot of fluency in our attack but the forward performance was excellent.

“I was really pleased with the scrum and maul – maul attack and maul defence.” Brown was making his first appearance as captain in his 51st international and was modest over his personal contribution.

“I don’t think I can take credit for the tries,” the hooker said.

“There were another eight or nine guys – including some backs – who came in to help out there.

“It was a really proud moment for me personally, more so because of the group of guys we’ve got and how they have bought into what we are trying to do during the last couple of weeks, so leading that team out was pretty special.”