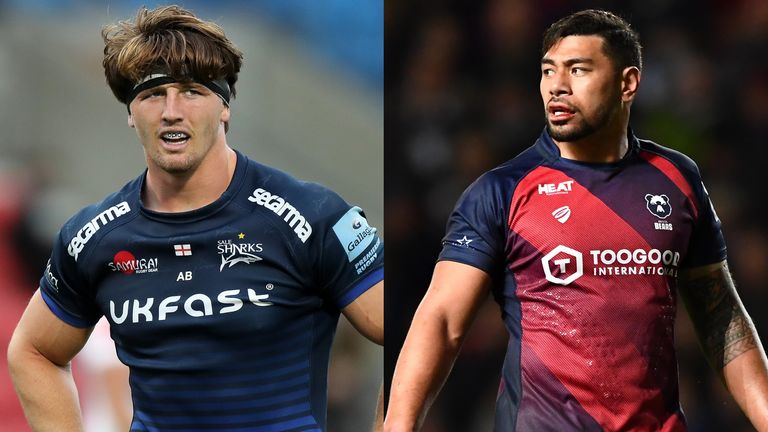 As the race for the playoffs and home semi-finals heats up, we take a look at some of the talking points ahead of the next round of Premiership games…

The battle for a home semi-final

Current league leaders Exeter Chiefs have shown their strength in spades over recent games, as they have travelled to face Sale Sharks and Bristol Bears – both of whom occupied second position at the time of each kick-off – and sealed away victories in both fixtures: 32-22 at the AJ Bell; 25-22 at Ashton Gate.

Now, with the Chiefs 11 points clear of the chasing pack, the battle for second and the last remaining home semi-final place is heating up. 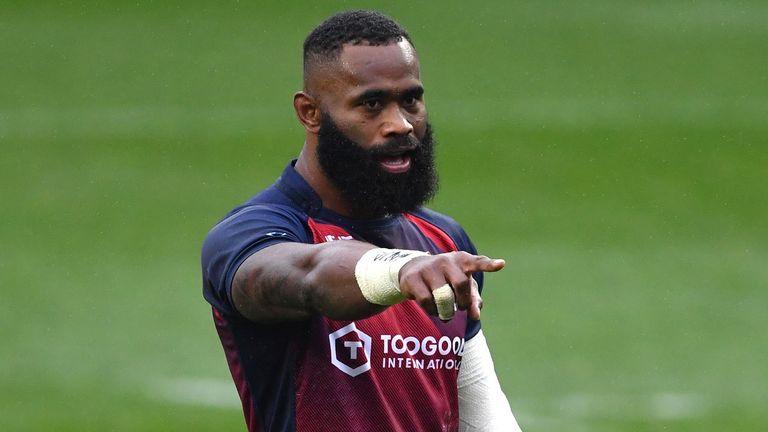 On Saturday, third hosts second as the Sharks welcome Bristol to the AJ Bell in a huge clash. Sale returned to winning ways at Wasps on Tuesday, and in doing so placed themselves back into the title mix after that disappointing home loss to Exeter.

Bristol currently sit second in the table on 48 points, but having lost last time out at home to the Chiefs, Pat Lam’s charges will be under considerable pressure heading to Sale. Indeed, the Sharks sit just three points behind the Bears on 45 and a win would see them leapfrog Bristol in the standings. With Bath on 44 points in fourth, Wasps on 43 points in fifth and even Gloucester on 40 points in sixth, don’t rule out the make-up of the top-four play-off spots and the occupant of that crucial second place changing considerably before the end of the season.

Quins out of things? Saints in must-win territory?

After the latest round of midweek Premiership fixtures, the table could almost be said to be in a position of being somewhat two-tiered. 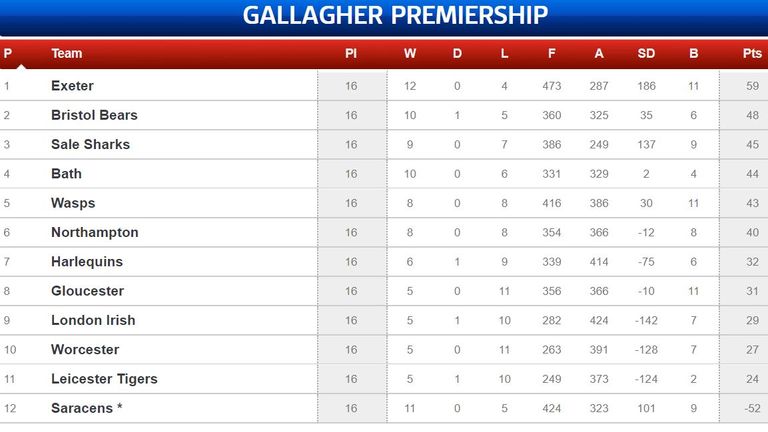 With Harlequins’ costly defeat at Worcester on Wednesday – the Warriors’ first win of 2020 no less – leaving them adrift of the top six and eight points behind sixth-placed Northampton, the table reads almost as a pack of six, followed by a second pack of six.

As such, Quins are now near certainties to fall short in their quest for the play-offs. But could Northampton soon fall into that bracket too? 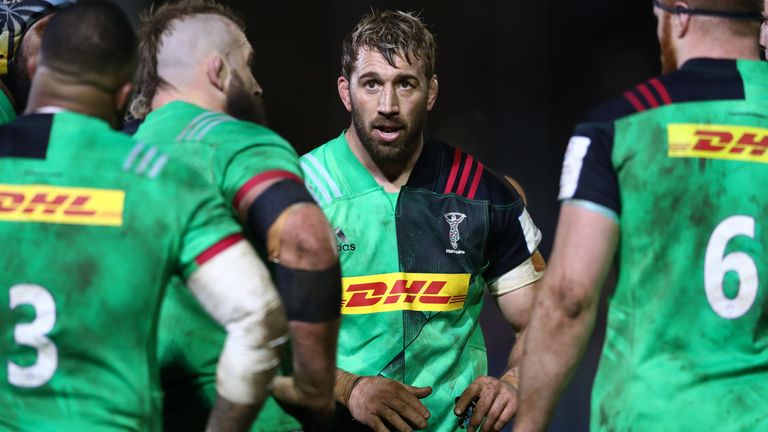 On Sunday, Harlequins host Northampton at the Stoop, and with Chris Boyd’s side having been in and among the top four for so much of this campaign, home defeats to Wasps and Bath since the restart have put them firmly onto the back-foot.

Another defeat would place Northampton in an extremely difficult position to attempt to reach the play-offs, and so victory at Quins on Sunday is crucial. 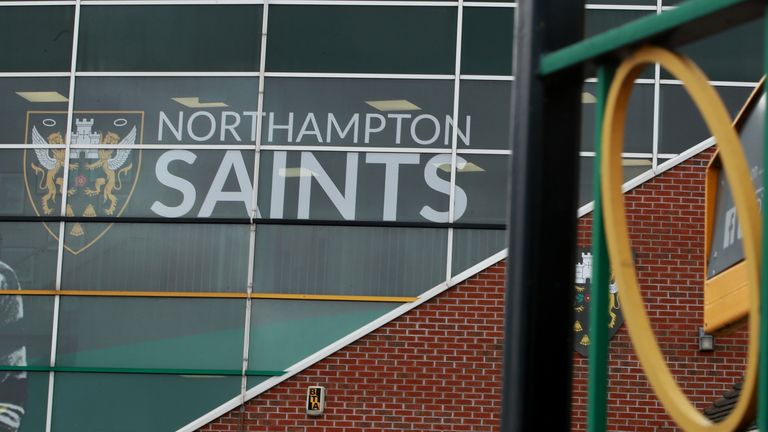 Elsewhere on Sunday, Exeter host Worcester and Gloucester host Leicester Tigers, but the draw of the day will come at the Stoop.

We’re not usually accustomed to it, but on Monday we will be treated to two Gallagher Premiership clashes, one of which is of massive importance.

That game sees fourth-placed Bath welcome fifth-placed Wasps to the Rec, with just a point between them in the standings. 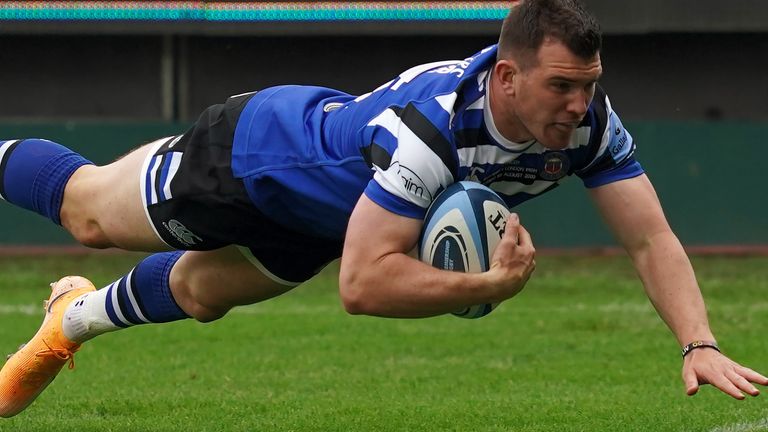 If Bath can win, they would go someway to cementing their position in the play-offs, while if Wasps can claim victory they would jump straight into fourth (or third if Sale lost at home to Bristol).