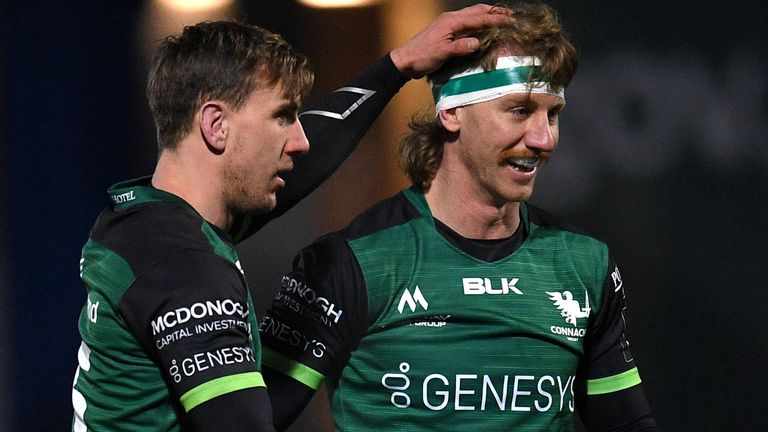 There were wins for Connacht, Ulster, Edinburgh and Zebre in Saturday’s Guinness PRO14 action…

Connacht won in Dublin for the first time since September 2002 as fly-half Jack Carty masterminded a seismic 35-24 bonus-point win over Guinness PRO14 kingpins Leinster at the RDS Arena.

Itching for an Ireland recall, Carty scored 25 points to end Leinster’s proud 26-match PRO14 winning run. It was their first home defeat to a fellow Irish province in more than five years.

The player of the match touched down twice and kicked 10 points as Connacht, stung by last Sunday’s home defeat to Ulster, galloped into a 25-5 half-time lead. 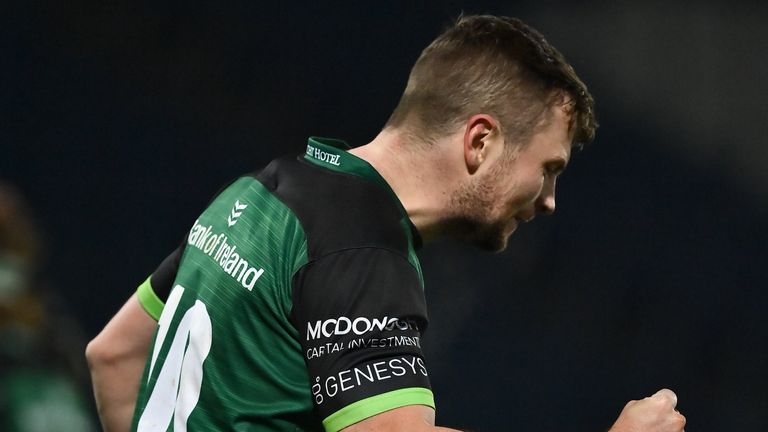 Alex Wootton’s late try had cancelled out Scott Penny’s lone score for a much-changed Leinster, who had lost the returning Jonathan Sexton to a failed head injury assessment.

Ulster maintained their 100-per-cent start in the PRO14 as they began the new year by beating Irish rivals Munster 15-10, although they were made to fight all the way at the Kingspan Stadium. 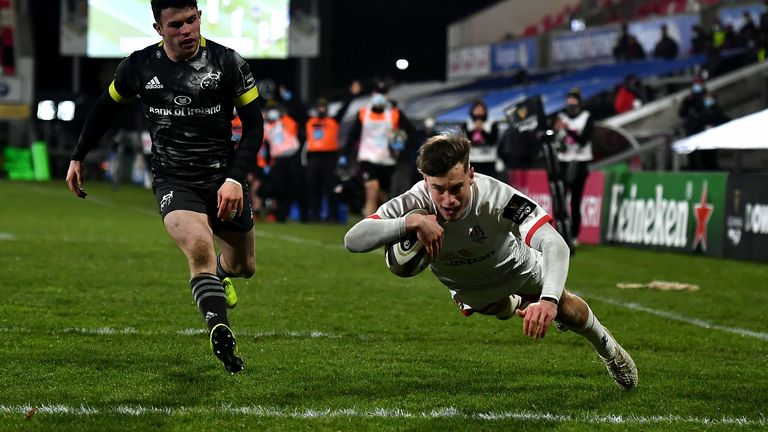 The Conference A leaders inflicted the first defeat of the season on Munster, the Conference B pacesetters who came to Belfast without their front-line players but still managed to claim a losing bonus point despite trailing 15-3 at half-time.

First-half tries from wingers Matt Faddes and Ethan McIlroy, plus a conversion and a penalty from John Cooney, seemed to have put Ulster in full control.

However, Munster battled back in the second half, despite having skipper Billy Holland yellow-carded, while Ulster failed to register a single point. Munster’s only score in the first half was from a Ben Healy penalty and they next scored in the 82nd minute when Ulster, a man down after Callum Reid’s yellow card, could not stop Darren Sweetnam from diving over.

Magnus Bradbury’s try was enough to seal a 10-7 win for Edinburgh over Glasgow after a late surge of points at Murrayfield.

The scoreboard remained blank until the 65th minute as a mixture of freezing conditions and sloppy mistakes resulted in both teams wasting a string of openings to strike. Edinburgh fly-half Jaco van der Walt eventually nudged his side in front with a penalty before Bradbury’s try with 10 minutes remaining left Glasgow with it all to do.

Warriors replacement Lewis Bean did cross over in the final moments but Edinburgh held on to win the first leg of the 1872 Cup double-header and claim four valuable Guinness PRO14 points.

The winning try capped off a memorable start to 2021 for the Bradbury family, coming just 24 hours after Magnus’ mother Dee – a former president of the Scottish Rugby Union – discovered she had been awarded an OBE in the Queen’s New Years honours.

Zebre claimed bragging rights in the Italian derby with a 24-15 victory over Benetton.

Benetton have traditionally had the better of matches between the sides and were hoping for a first win at home since beating Zebre in December 2019 but a tight encounter went the way of the visitors.

Two tries from Luca Bigi and the boot of Antonio Rizzi seal the bragging rights for Michael Bradley's men 💪@BenettonRugby crossed twice in an entertaining contest but remain without a win this season#BENvZEB #GuinnessPRO14 pic.twitter.com/CrDeGFUL2X

An early yellow card for Benetton’s Giovanni Pettinelli proved very costly as Luca Bigi crossed for two tries, one of which was converted by Carlo Canna.

Benetton got on the board with a Tommaso Allan penalty and the tables were turned when Renato Giammarioli was shown a yellow card for Zebre five minutes before half-time.

A Callum Braley try was converted by Allan to pull the deficit back to 12-10 before penalties from Canna and Antonio Rizzi extended the visitors’ lead again.