In a bid to nail those moments after the game is decided, the NRL is rumoured to have requested Peter Sterling be part of the formalities should Parramatta prevail in Sunday’s grand final.

It would be particularly fitting, given Sterling’s shadow has long loomed over the club, the halfbacks in particular, and none more than Mitchell Moses. There has not been a current player more maligned and certainly none have endured more on the road to the big dance than Moses.

It all began a couple of months ago when he broke his finger, was sidelined by the subsequent surgery, returned earlier than expected, learnt his family had received death threats credible enough to warrant a police escort to games, secretly played through the pain of a serious ankle issue, dealt with the death of his beloved grandmother, and then missed the birth of his first child to play in the preliminary final win over North Queensland – all while dealing with the pressure of being the Parramatta No.7 trying to end the club’s 36-year premiership drought.

“It’s been unbelievable, a rollercoaster of emotions,” Moses says. “It’s been good, bad and great all in one. I didn’t even know that was possible.”

There has been little time to reflect.

Only in the moments after the preliminary final win against the Cowboys, slumped in the corner of the away sheds, did he give himself a moment to process what had just happened.

“I kind of sat back and it took it out of me,” he says. “I didn’t know how to handle it; it was a rollercoaster of emotions. I had every single emotion thrown at me in that one week.

“I thought I’d handle it a lot better. I’m glad it’s over, I can get past it and dial into this GF now.”

The hopes of generations of Eels fans rest on his shoulders.

Moses will take on the best halfback in the game, and the best team in the competition, on the biggest stage. It is an unfair burden for any one man to carry, a point acknowledged by his famous predecessor. Sterling is looking forward to a time when comment will be sought from a premiership-winning Parramatta halfback that isn’t him.

“With all due respect, that would be nice,” Sterling says. “They all deserve success and [Moses] much more than anyone because when the side isn’t going well, a lot of the criticism comes back on the No.7. 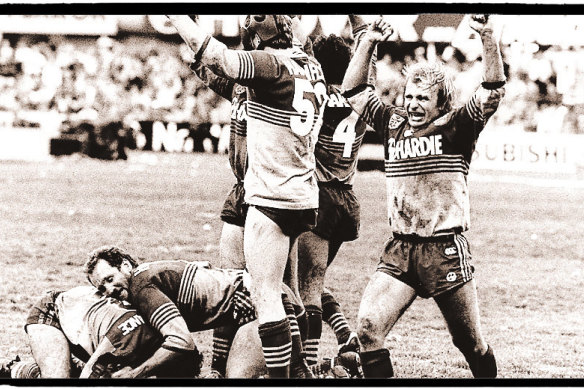 “Wearing the jersey, I feel sorry for blokes who have worn the seven; they shouldn’t have to be part of that poisoned chalice [narrative].”

Moses and Sterling remain in contact. The four-time premiership winner messaged Moses during the week, wishing him luck and urging him to soak up the moment.

“Sterlo has been good for me in the few years since I game to the club,” Moses says. “He has been very supportive, helped me out in different scenarios and situations.

“He’s a champion bloke. He just wants us to be successful and to feel what they felt.”

If Sunday night is the high point of Moses’ career, the low point also involved Ivan Cleary. When the pair were at Wests Tigers, the coach grudgingly granted Moses a release to join the Eels. At the end of the 2017 season Cleary conducted an interview about his first season at the joint-venture outfit.

“When I first got here, I was doing something in recruitment every day, just being out there looking and talking to players, and working out who we would keep,” Cleary said at the time. “Some of the biggest names on our roster decided to move on, and another one decided to put the tools down and bailed.”

It was a veiled shot at Moses, coming from a coach whose own commitment to the club came into sharp focus soon afterwards.

“It ripped my heart out, what they did,” Moses said at the time.

However, the Parramatta playmaker was more diplomatic when the subject was broached during the week. 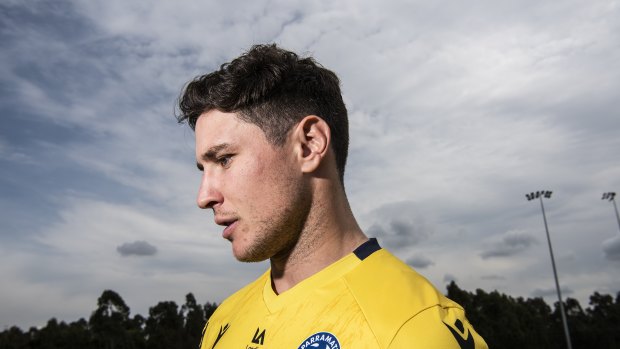 That both men saw success elsewhere, rather than at the Tigers, is another dagger to the hearts of the club’s fans. Moses has literally and figuratively moved on. He labelled Cleary a “great coach” and understood his desire to be reunited with son Nathan at Penrith.

“They are a great combo, the father and son,” Moses says. “He’s a great coach. What he has done with that club is unbelievable.”

“It’s been unbelievable, a roller coaster of emotions.”

Moses’s career has been on an upward trajectory since rejoining his junior club. The biggest influence has been coach Brad Arthur, although a meeting with Warren Ryan, coincidentally the opposing coach when the Eels last prevailed in 1986, may have proven a turning point.

The knock on Moses has long been that when his side is on a roll, he can turn an advantage into a landslide of points. However, critics felt he wasn’t imposing himself when games were in the balance. 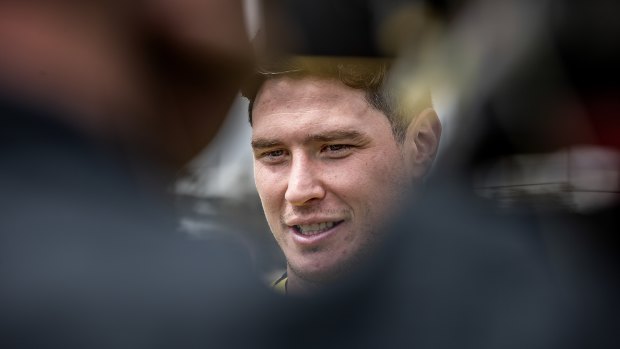 Mitchell Moses is ready for the biggest game of his life.Credit:Steven Siewert

Ryan, as is his way, gave Moses the unvarnished truth: that people considered him a “flat-track bully”, a cricket reference to a batter who looks great on a benign pitch, but struggles when there’s some life in the surface.

“He didn’t even know what a flat-track bully was; I had to explain to him that it was a cricket term,” Ryan says.

“He’s having more effect. A lot goes back to the fact he’s getting a bit of elbow room. He’s realised that he has to do to win games when they are tight, to give something a bit extra.

“I have seen him doing a little bit of floating across the field, which is what I was saying to him. He’s got the gift of speed, that affords him the opportunity to do that. Not everyone can do that. 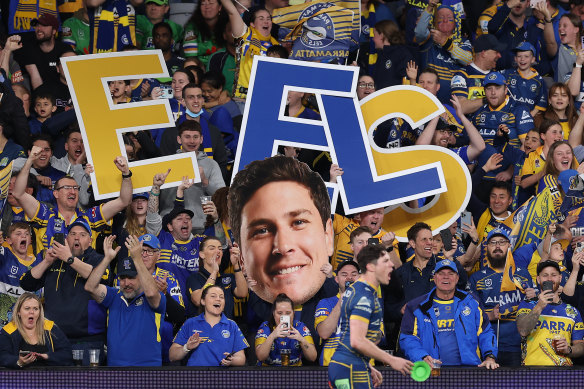 “He digested what I was saying about being a star when it’s a 30-point victory. That’s not what being a top halfback is about.

“A top halfback is about being good when things teeter in the balance. It’s about making a difference.

“I think he is playing better. Even given my egotistical nature, I wouldn’t put it down to anything I said to him.”

Moses’ teammates have also noticed a difference. As he gets into his prime ball-playing years, there’s a maturity and composure that wasn’t always evident.

“I think he’s controlled his emotions a lot more,” Eels back-rower Ryan Matterson says. “Before he used to be a lot more erratic. He used to wear his heart in his sleeve and sometimes that can undo a lot of good work if you’re not focused on the now. That’s something he’s focused on.”

On Sunday, he will get a chance to show how far he has come. A chance to perform on the biggest stage and perhaps even share it with Sterling when it’s time to present the spoils. To finally put history to bed.

“There’s no hiding how long it’s been since we won one,” Moses says. “We just need to get the job done.”

Watch the NRL grand final exclusive, live and free on Channel 9 and 9Now.