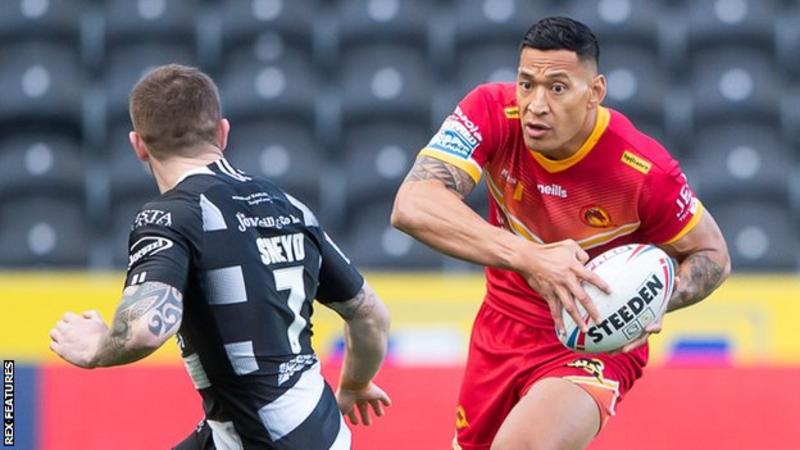 Israel Folau has extended his contract with Super League club Catalans Dragons until the end of the 2021 campaign.

He scored one try in three games before the season was suspended in March because of the coronavirus pandemic.

Folau returned to rugby league after 10 years away following his sacking by Rugby Australia in May 2019 for posting homophobic comments on social media.

“Me and my family are very grateful for the opportunity that [chairman] Bernard Guasch and the Dragons have given me,” he told the club website.

Folau’s signing by Catalans caused controversy, with Castleford Tigers fans displaying rainbow flags – a symbol of LGBT pride – during his try-scoring debut, and Hull FC fans booing him during his first appearance on English soil in March.

Folau said he had considered retirement before joining Catalans, but the Perpignan-based side say he has decided to stay at Gilbert Brutus Stadium despite receiving “strong interest” in his services from other clubs.

“Once the media storm that followed his signing passed, he received many requests and became a highly demanded player,” Guasch said.

“His decision to stay at the club for one more season honours him.”

The 2020 Super League season is scheduled to resume on 2 August, with Catalans due to face reigning champions St Helens.