Kevin Brown: The story behind crossing the divide between Widnes Vikings and Warrington Wolves 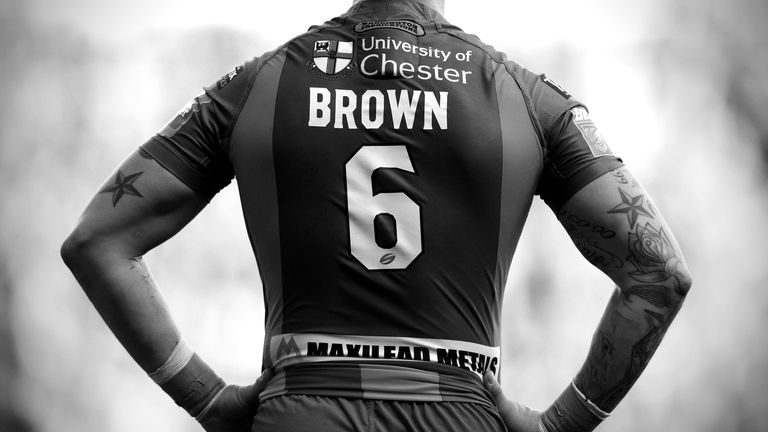 The transfer of their captain to the team barely seven miles down A562 proved contentious among the Vikings’ faithful and saw the man himself vilified by some.

But, speaking to the Golden Point podcast, Brown revealed the details behind the move and what he had to deal with on a personal level in the aftermath.

“It’s difficult,” Brown told Sky Sports. “Because I never really got to tell my side of the story.”

The rivalry between Widnes and Warrington’s rugby clubs pre-dates the formation of the Northern Union, with newspaper reports of their first meeting in 1878 noting “some fierceness on both sides”.

That fierceness has come to the fore plenty of times in the intervening 142 years, notably in the 1970s when Welsh forwards Jim Mills and Mike Nicholas would battle it out, and the 1980s when Kurt Sorensen and Les Boyd added an antipodean flavour to hostilities.

Widnes being outside of what is now Super League at various points during the summer era means the derby does perhaps not have the prominence of others in the competition, but Brown quickly came to learn just how fierce it is when he joined the Vikings from Huddersfield Giants in 2013. 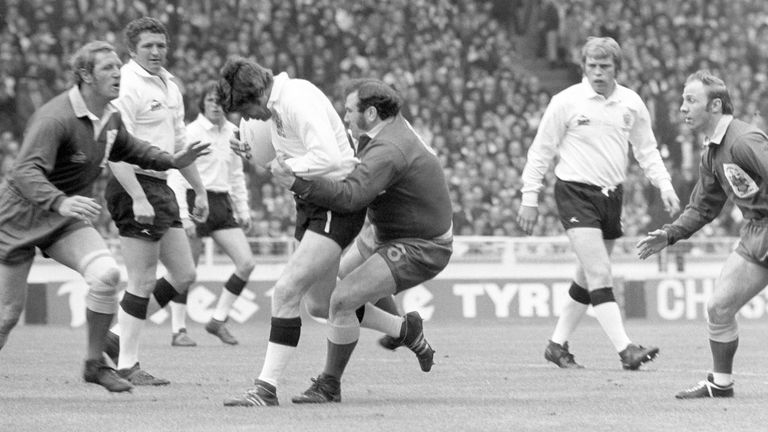 “I didn’t realise the Widnes-Warrington derby was, one, as big and, two, the hatred there is,” said Brown, who made his professional debut in a derby between Wigan Warriors and St Helens aged 18.

“I think Wigan and Saints have a friendly rivalry where they enjoy it, but Widnes and Warrington genuinely hate each other’s clubs and that’s something which really got ingrained in me – probably more when I left.”

The most prominent derby memory from his time with the Vikings came in 2013, when they overcame the odds to triumph at the Halliwell Jones Stadium.

Missing key players Jon Clarke and Gareth Hock, the visitors were further hampered when Hep Cahill was dismissed late in the first half for a high shot on Brett Hodgson. However, an inspirational display from 19-year-old Jack Owens helped ensure Widnes emerged 16-6 victors. 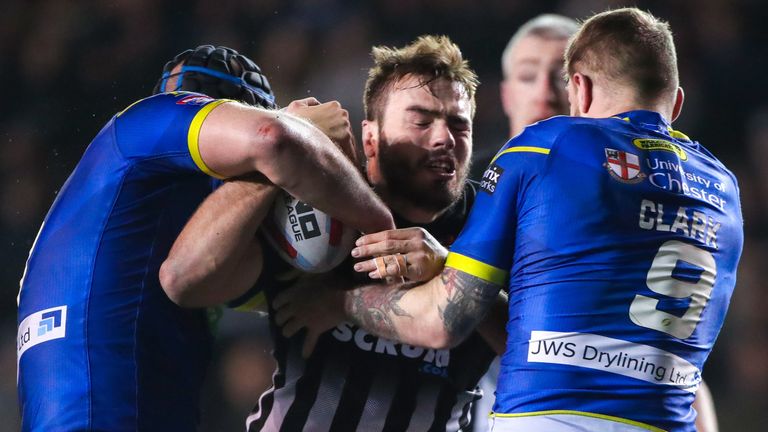 Brown quickly became an influential player at the Vikings too, becoming the first player from the club to earn a place in Super League’s Dream Team in 2014 as Denis Betts’ men qualified for the play-offs for the first time.

That season saw them reach the Challenge Cup semi-finals as well, losing to eventual runners-up Castleford Tigers, but those moments would be fleeting and Brown admits he became frustrated as players like Australian forward Danny Galea were allowed to leave without being replaced.

However, the decision to cross the divide was a result of Warrington coming in with a significant bid for the stand-off rather than him looking to leave.

“I was getting frustrated because we’d hit these semi-finals, made the play-offs for the first time and we were knocking all these tins over and really progressing,” Brown said. “But the budget was slipping and we were having a few problems. 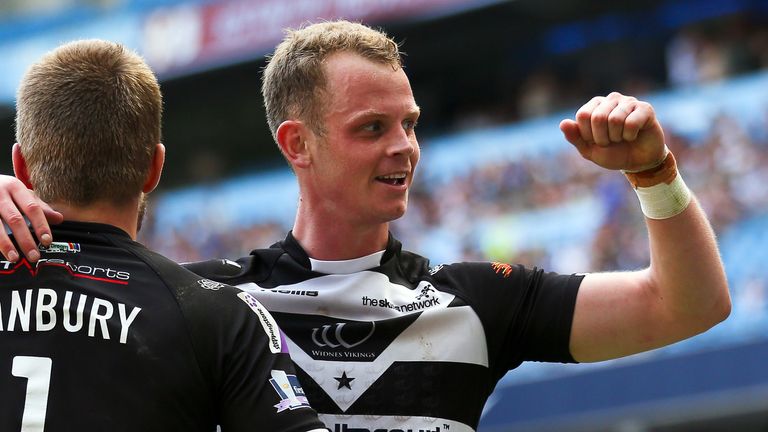 “I had a really good chat with (chief executive) James Rule and Denis Betts about that, then Warrington came in and put a massive transfer offer in which really helped the club and I thought I was doing a good thing.

“I’d been there for four years, I’d given good service and as I left they got an awful lot of money to put to good use when the club was struggling.

“But that never got across, the line was it was an undisclosed fee and I wanted to leave, so all the stick got directed to me.”

Brown featured against his old club in Super League and the Challenge Cup during that first season, scoring a hat-trick in the latter match, but had to wait until the Super Eights for his first appearance back at the Halton Stadium as both of the previous games had been in Warrington. 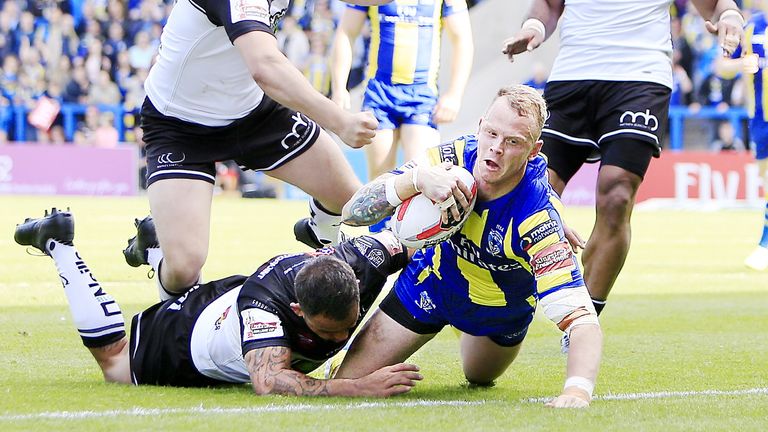 That match came in early in August, with plastic snakes being thrown at Brown and him being booed pretty much every time he touched the ball as the Wolves fought back from being 12-6 down at half-time to triumph 28-14.

But the significance of the night was lost on new team-mate Peta Hiku, who had moved to Warrington mid-season from NRL club Penrith Panthers.

“When I went to Warrington, it validated how bad the hatred was,” Brown said. “It all boiled over to when we played Widnes at Widnes in the first time I’d been back to the club and I got probably 300 plastic snakes thrown at me.

“Peta Hiku, who had just come over to play with, had no idea of the history or where I’d come from and he was picking up these snakes and throwing them back having no idea what was going on. 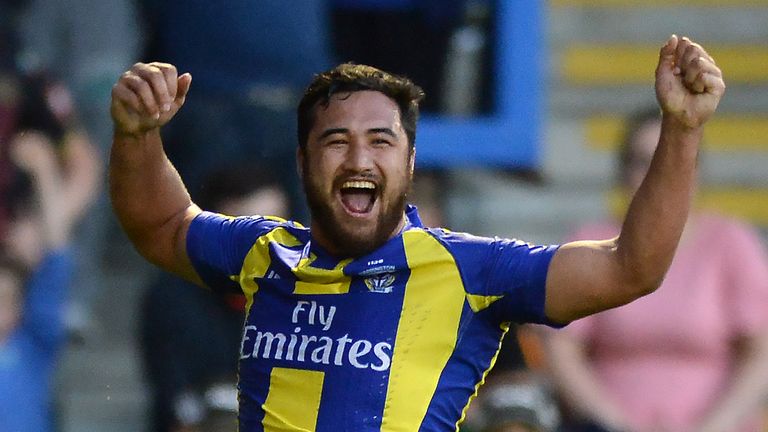 “It was only when we told him after the game I’d just left the club and the massive rivalry that he semi-understood what was going on.”

Brown, now playing for Salford Red Devils, still looks back fondly on his stay at Widnes though and reflects on the four years as a period where he was at the top of his game.

He remains on good terms with former head coach Betts as well, which made the fall-out from his transfer difficult to deal with at the time.

“It was hard because I had a really good connection with the Widnes fans, I played my best rugby there and it was probably the most enjoyable period of my career,” Brown said.