Dan Biggar could only bear weight on his left leg by the time he kicked the ball out for full-time. He had to use his weaker foot because the other side was already beginning to swell.

Moments earlier, the Northampton No 10 was being carried off the pitch. The medical team primed, following a painful collision with 22-stone of Nemani Nadolo, but he turned back when he realised there were no replacements left. 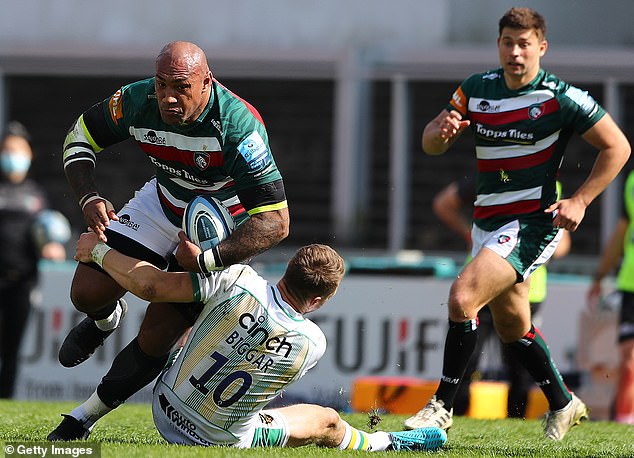 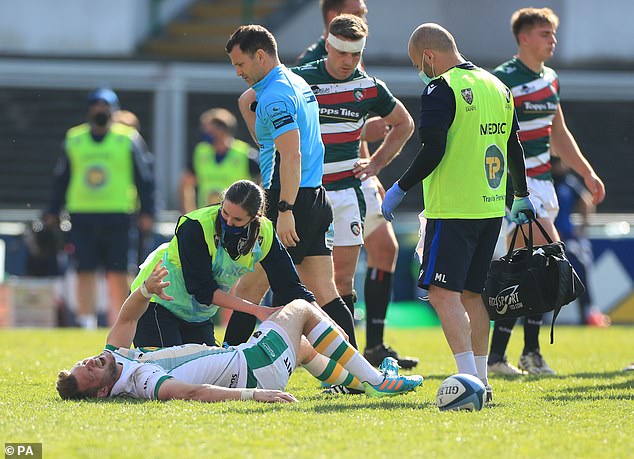 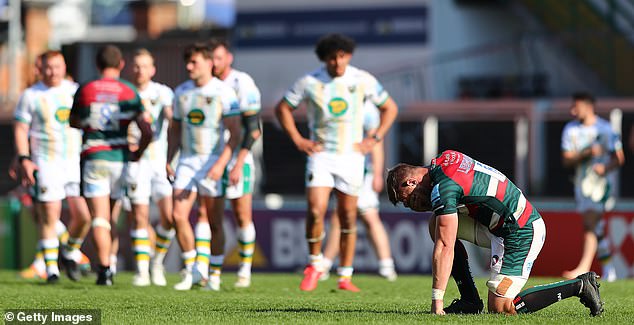 Heavyweight No 8 Jasper Wiese ran straight for the fly-half, but he was felled by a one-handed tap tackle that stopped a potentially match-winning try. It is the sort of grit and defiance that will surely make Warren Gatland take note.

Gatland names his Lions squad in 11 days’ time. One of Biggar, Johnny Sexton, Finn Russell and Owen Farrell is likely to miss out, but Saints coach Chris Boyd was adamant his man-of the-match will make the plane.

‘If you had to take someone into the trenches with you, he’s the guy you’d pick,’ said Boyd.

‘He’s gutsy as hell. He was down to one leg at the end at the end. I’d certainly be picking him to go to South Africa. I had two years with the Natal Sharks out there and I think Dan Biggar is very suited to playing out there.’ 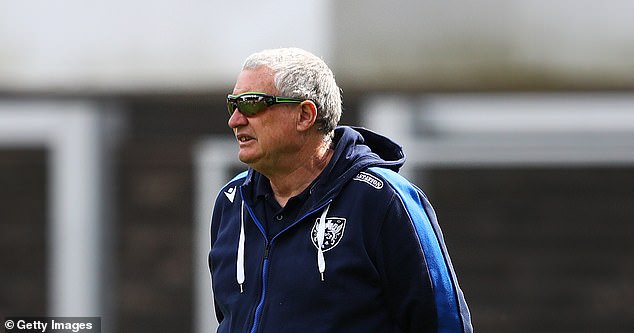 Northampton’s victory kept them in the race for the play-offs, with lock David Ribbans paving the way with his fifth minute try.

The visitors attacked from deep, making gains out wide, and Rory Hutchinson added a second after intercepting George Ford’s pass.

Leicester have progressed this season under Steve Borthwick but here they slipped back into old ways with handling errors, two yellow cards – for Matt Scott and Harry Wells – and the occasional wonky lineout.

Their give-it-to-the-big-fella approach only got them so far. Nadolo, the biggest fella of them all, scored twice but Northampton offered more fluency and vision. 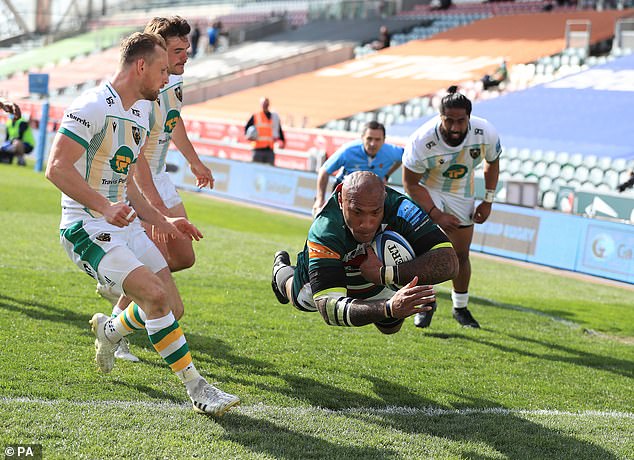 The 33-year-old Fiji wing Nadolo impressed in attack, scoring a double as his side’s only tries 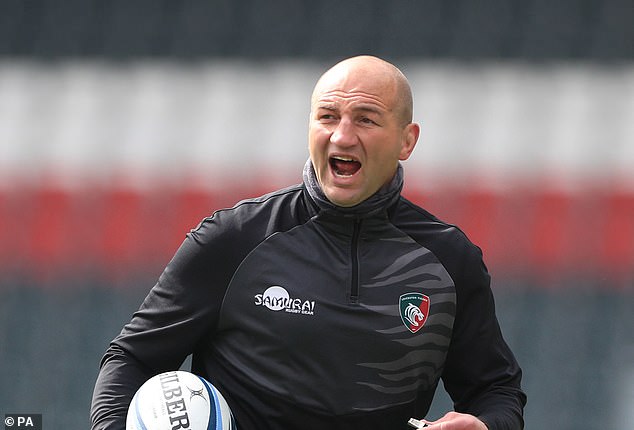 ‘Guys don’t mean to do these things but it’s happening and it’s probably happening a bit too much. It didn’t come down to the two yellow cards, though, it came down to not taking our opportunities when we had them.’

Leicester were turned over eight times in the opposition 22, as the visitors edged ahead with a third try through Sam Matavesi. In the final quarter, Leicester’s physicality started to pay dividends, rallied by replacement No 9 Jack van Poortvliet.

Nadolo’s second try almost sparked a comeback but, marshalled by Biggar, Northampton held out wave after wave of attack, with two desperate turnovers making the difference.