Warren Gatland has floated the idea of the Lions facing a home ‘decider’ against the All Blacks next June, before setting off to South Africa for their eight-match 2021 tour.

The former Wales coach – now back in charge of the Waikato Chiefs in his native New Zealand – will oversee the next British and Irish crusade to the southern hemisphere, following his successful feats on the previous two tours.

In 2013, Gatland guided the Lions to a 2-1 series win over Australia and four years later, a dramatic last-Test draw in Auckland saw the visitors tie the series against the-then world champion Kiwis 1-1. 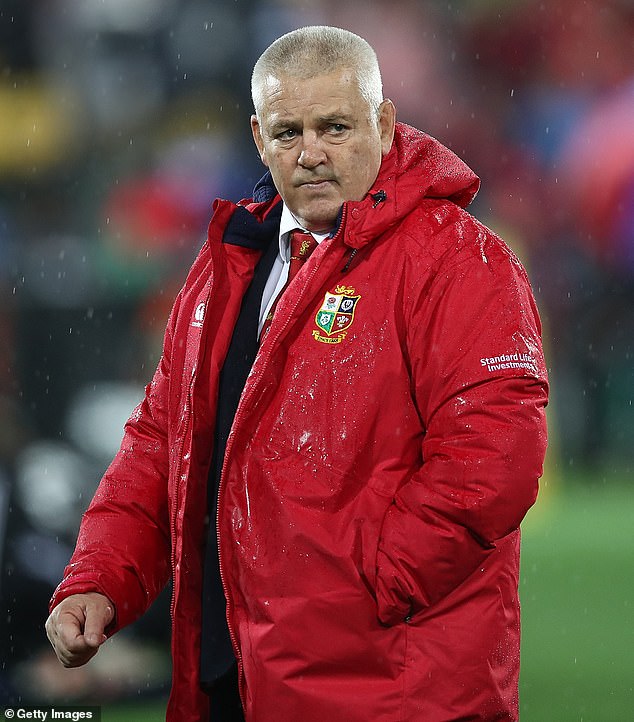 There have been on-going talks about the 2021 tourists taking part in a fixture in the UK prior to departure next summer, with the Barbarians understood to have emerged as the most likely opposition, while Japan and the New Zealand Maori are also thought to have been considered. Now Gatland has raised the prospect of the All Blacks being lined up, to settle unfinished business from 2017 and help revive the sport’s profitability and popularity after the current shut-down.

‘I’ve spoken to Mark Robinson (New Zealand Rugby Union chief executive) about a warm-up game for the Lions and he was potentially talking about the New Zealand Maoris as a game,’ the 56-year-old told Sky Sports NZ’s Breakdown show.

‘But is it something that the All Blacks go up there for a decider at the end of June before we go off to South Africa? 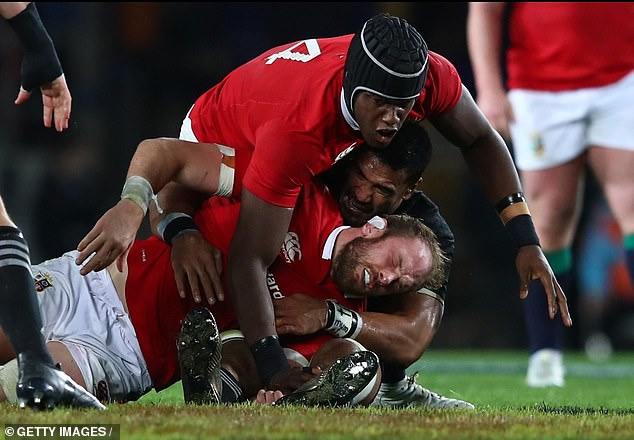 ‘Potentially, it’s an opportunity to make four or five million pounds from a game like that and put some money back into the coffers, that we’re going to need. Potentially, there’s some opportunities for the world to come together in terms of how we get up and running again and generate as much revenue as we potentially can and don’t damage what we’ve got.’

Gatland also reflected the global mood of concern and doubt about when competitive sport can resume, by suggesting that the Lions tour may become jeopardised by the coronavirus pandemic, despite being 15 months away.

‘I’ve got 12 months maybe with the Lions,’ he said. ‘But we don’t know what is going to happen with that.’

His comments come at a time when the Premiership clubs have agreed to further extend the suspension of their league season, although an official announcement has been deferred while Prime Minister Boris Johnson is in intensive care.

Meanwhile, French federation president Bernard Laporte has reportedly issued a stark warning to Gallic club officials about the doomsday scenario of no rugby being played for the rest of 2020.

A Midi Olympique source revealed that in a video conference on Tuesday, Laporte declared: ‘I would like to share with you the information that I have from my meetings at World Rugby. One of the recovery hypotheses – the worst – is for a return to normal in January 2021. Prepare for it.’