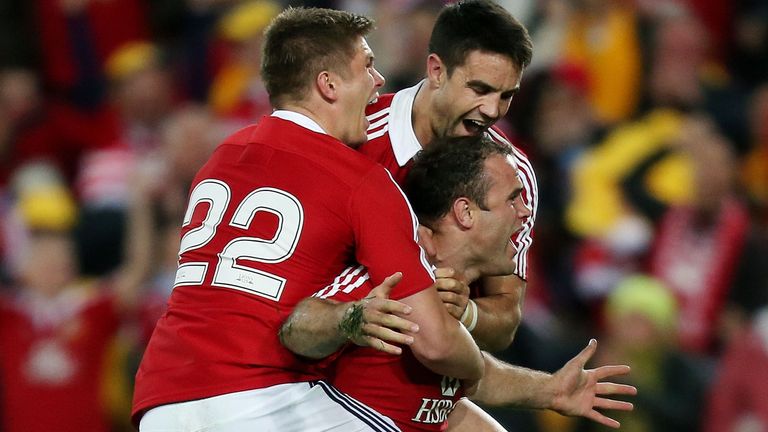 After being edged out 2-1 in the Test series 12 years earlier, the British & Irish Lions returned to Australia in 2013 celebrating their 125th anniversary.

New Zealander Warren Gatland was now at the helm after serving as forwards coach in South Africa four years ago and it once again proved a close-fought contest between the Lions and the Wallabies.

This time though, it was the tourists who won the series and all of the behind-the-scenes and on-field drama was captured in the ‘Lions Raw’ documentary.

Here, we look at some of the memorable moments you may have forgotten… 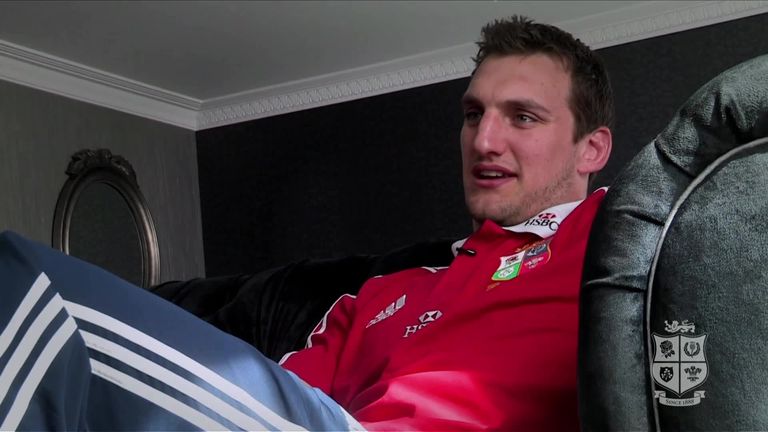 Sam Warburton was named as captain for the 2013 tour and the Wales international became the youngest person to skipper the Lions aged just 24.

It goes without saying Warburton was under no illusions about how much an honour it was to lead the team on tour and he gave an insight into how much it meant to him just to be pulling on the shirt as player as well.

2. The Lions hit the beach 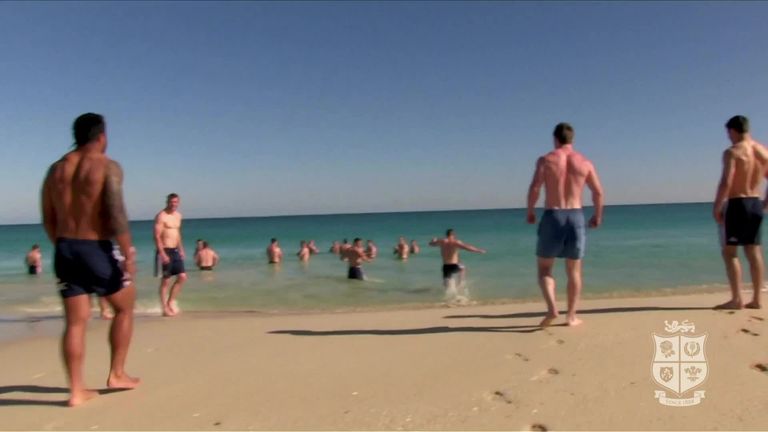 Prior to arriving in Australia, the Lions stopped off in Hong Kong for a match against the Barbarians which saw the squad contend with stifling heat and humid conditions while they were there.

What better way to recover from that after landing in Australia, then, than heading to the beach for a rest and recuperation session before getting down to the hard work? 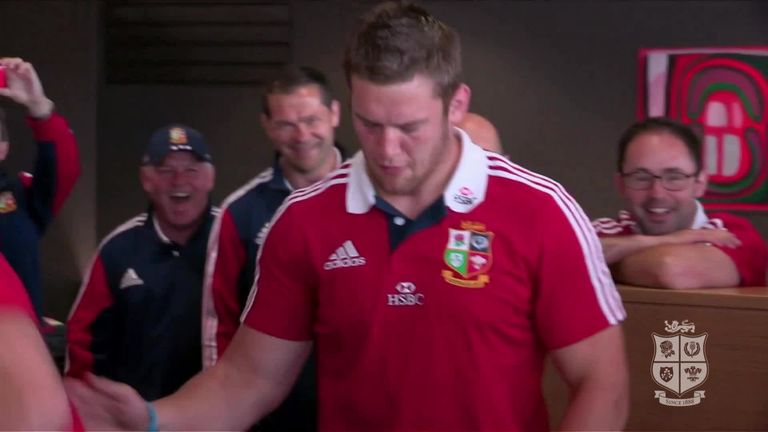 One of the great rugby traditions on tour is the fines committee, who are responsible for dolling out punishments for those who infringe the arcane rules governing the squad’s conduct.

Early on in the tour, three of the squad had to take the punishment of a performing dance-off – without music – much to the amusement of their fellow tourists. 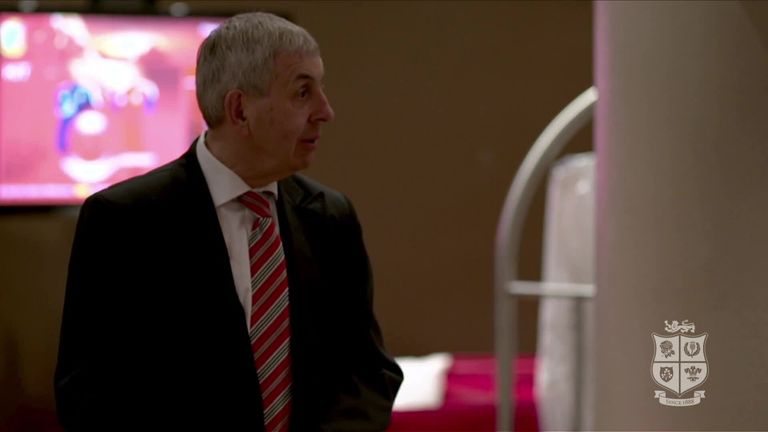 It is a regular occurrence for former Lions to present the shirts to the players chosen for the first Test and this time Gatland called on Sir Ian McGeechan to perform the ceremony.

Having served under McGeechan in South Africa, Gatland could hardly think of anyone better to take that role and as usual the iconic Lions player and coach had plenty of words of wisdom too. 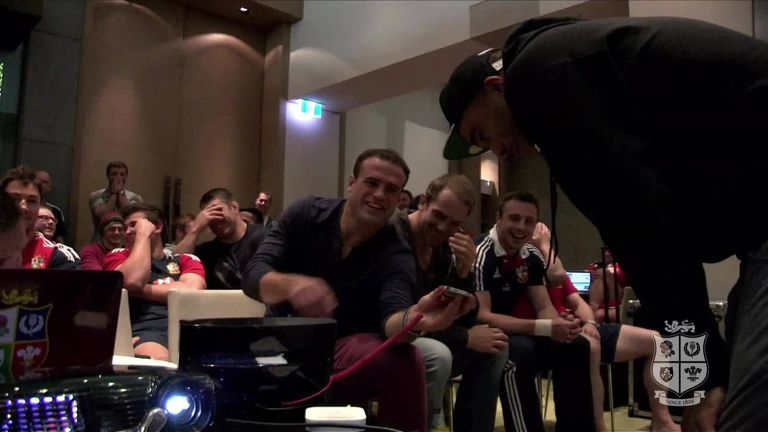 Another victim of the fines committee, and this time it was Ireland winger Simon Zebo who fell afoul of them and was given an onerous task.

Zebo was made to call his Munster head coach Rob Penney and ask if he was being considered for the captaincy the following season – although fortunately Penney saw the funny side of it too. 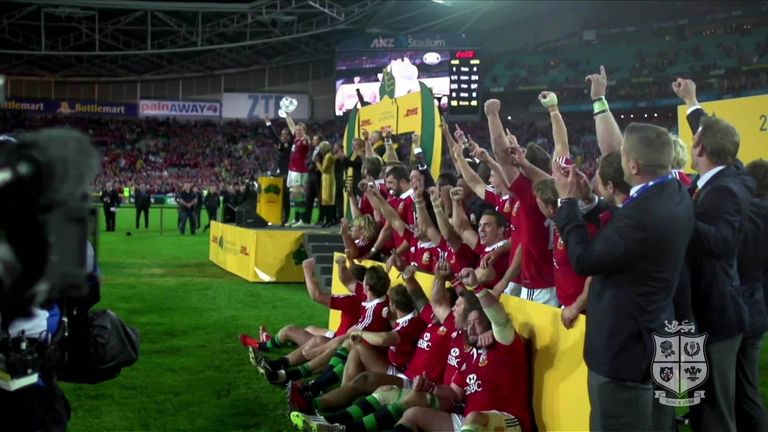 The first two Tests of the series had come down to the final plays, with the Lions edging the first 23-21 and Australia squeezing past the tourists in the second 16-15.

As with 12 years prior, it all came down to the deciding Test in Sydney – but this time it was the Lions who emerged victorious with a devastating display inside the final 25 minutes to claim a memorable triumph.

Watch the last of the British & Irish Lions tour documentaries on Sky Sports on Tuesday, February 9. ‘Uncovered’, which follows the 2017 tour of New Zealand, airs at 10pm on Sky Sports Arena.