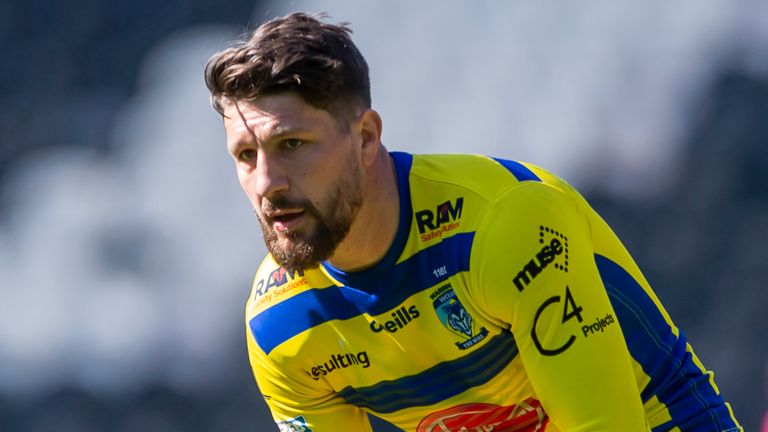 Warrington Wolves proved they can perform without playmaker Blake Austin as they beat Catalans Dragons 24-8 in Saturday’s Betfred Super League clash in Perpignan.

Star stand-off Austin was not selected for the squad that travelled to France, but scrum-half Gareth Widdop stepped up to the plate in the halves alongside Stefan Ratchford – and the two ran the game as the visitors fought back from an early deficit.

James Maloney put the Dragons ahead with a penalty after 10 minutes of attrition, then pounced upon a loose ball to cross behind the posts, converting it himself as the hosts led 8-0 on the half-hour.

A big win for the Wire in Perpignan! Well played lads 👏 pic.twitter.com/KWuRG4oO34

But Warrington hit back when Ratchford broke through the Dragons’ defence on halfway and released second-row Ben Currie for a try between the posts, with the conversion making it 8-6.

The combination between Ratchford and Widdop was too hot for the Dragons to handle and the Wolves went further ahead when the latter cleverly switched the direction of attack with a kick to the left, collected and touched down by centre Toby King, and Ratchford’s conversion made it 12-8 to the visitors at half-time.

The Dragons went on the attack after half-time, but they were immediately rocked by a 90-metre strike from winger Jake Mamo who had intercepted a Sam Tomkins pass and put Warrington further ahead. Ratchford was again on target with the kick to make it 18-8 immediately after the break.

Ratchford continued to impress with his kicking, sending a towering bomb in the 66th minute which was patted into the hands of England international Widdop, who crossed the line to put his side into an unassailable lead.

Catalans’ first defeat of the season sees them lose pace with St Helens and Wigan Warriors, while Warrington are now just behind their opponents in the Super League table after a second win of the campaign, with the two teams meeting again in the Challenge Cup next month.