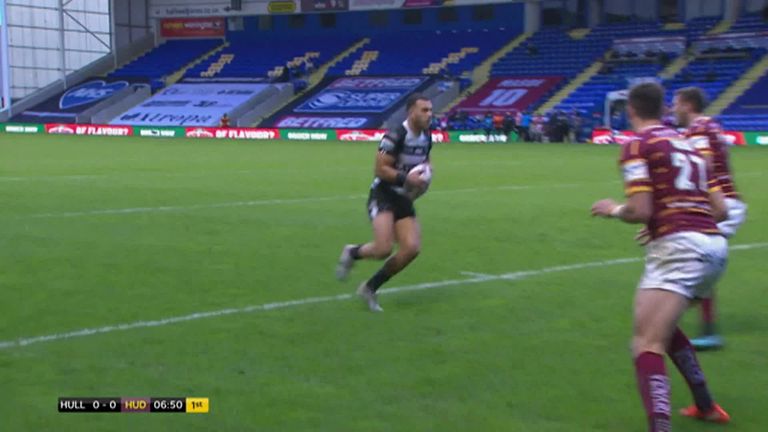 A penalty six minutes from the end by Marc Sneyd enabled Hull to complete a Betfred Super League double over Huddersfield with an 18-16 victory at Warrington.

The Giants had a chance to go in front for the first time when captain Aiden Sezer attempted a drop goal with the scores locked at 16-16 eight minutes from the end, but he was off target and Sneyd ensured he paid the price by finding the mark with a successful penalty goal.

That condemned Luke Robinson to back-to-back defeats as caretaker Huddersfield coach after he had begun his reign with three straight wins, while Hull’s interim boss Andy Last is able to savour a second win in three games. Hull dominated most of the first half and looked especially potent down their right channel, where centre Carlos Tuimavave worked winger Ratu Naulago over for an eighth-minute try.

Sneyd, on his 150th appearance for the club, added the touchline conversion to move ahead of Iestyn Harris into stand-alone 10th place in the list of Super League’s all-time goal-scorers, and centre Josh Griffin thought he had added a second try only to have it disallowed for obstruction.

Huddersfield were slow into their stride but they showed their danger after 31 minutes when centre Leroy Cudjoe split the Hull defence and unselfishly passed the ball for England winger Jermaine McGillvary to score his sixth try in his last four matches.

That enabled McGillvary to draw level with former Castleford and London Broncos full-back Luke Dorn in eighth place in the list of Super League’s all-time try-scorers. Sezer was unable to add the goal but the Giants, who handed a debut to hooker Brandon Moore following his arrival on loan from Halifax, suddenly looked full of enterprise and threatened to go in front until crucially conceding a second try on the stroke of half-time.

Winger Bureta Faraimo was thrown back from the line but there was no stopping his centre, Mahe Fonua, as he finished off a sweet passing move.

The Black and Whites were good value for their 10-4 interval lead but it was nip and tuck in the second half as both teams played with an air of freedom. 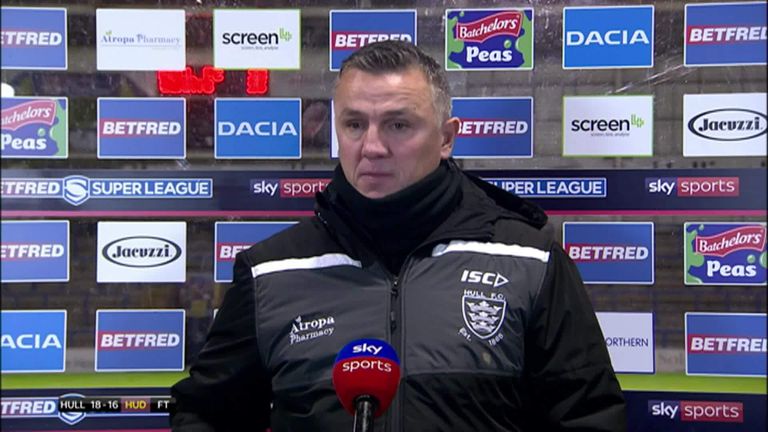 It was all square when Huddersfield prop Matty English showed great athleticism in the air to collect Sezer’s kick and double his try tally for the season.

But the game swung again when Hull ran the ball on the last tackle, Faraimo had enough space on the left flank to squeeze in for their third try. 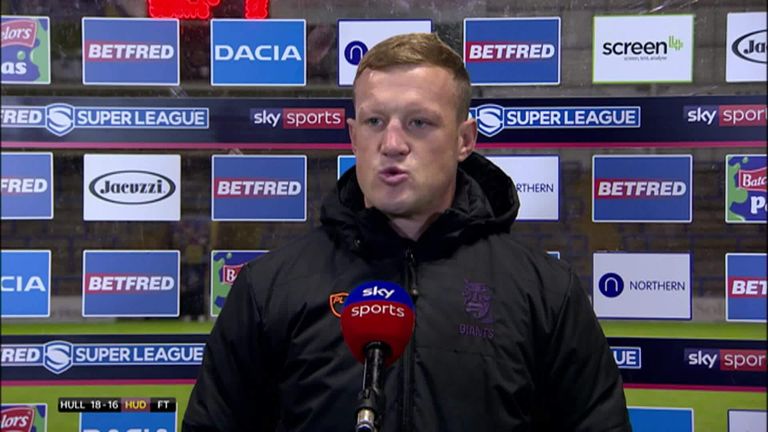 Sezer then recovered from a high tackle to ghost through a gap in the Hull defence for a try and his second goal levelled the scores for a second time.

With the momentum, the Giants looked the most likely winners at that stage but Sezer was wide with a drop-goal attempt eight minutes from the end and two minutes later Sneyd made no mistake with a penalty from 30 metres out.