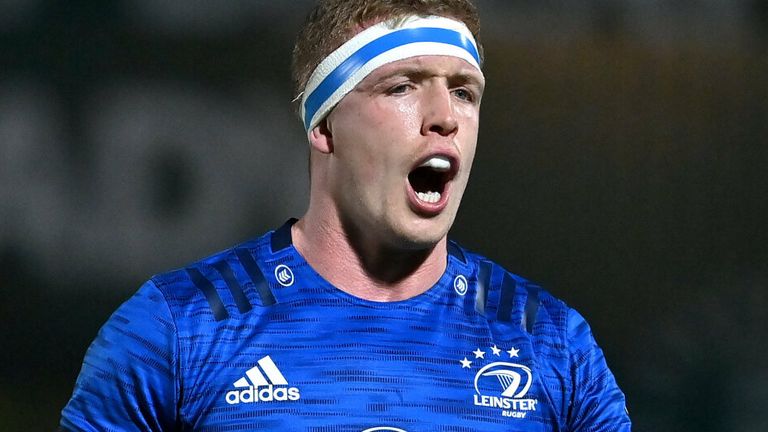 Dan Leavy made his long-awaited comeback in Leinster’s facile 63-8 Guinness PRO14 win over Zebre at the RDS.

In his first appearance since suffering a multi-ligament knee injury almost 19 months ago, the Ireland flanker was sent on for the final half-hour and narrowly missed out on a late try.

There was a first try for Dan Sheehan, one of Leinster’s four debutants, and a second for Tommy O’Brien as the hosts cantered into a 28-3 half-time lead.

Michael Bent and Dave Kearney also crossed as Zebre had a lone Paolo Pescetto penalty. They did touch down through Michelangelo Biondelli, but Harry Byrne landed all nine conversions as Sheehan, Josh Murphy, Ciaran Parker, O’Brien and Scott Penny shared the rest of Leinster’s tries. 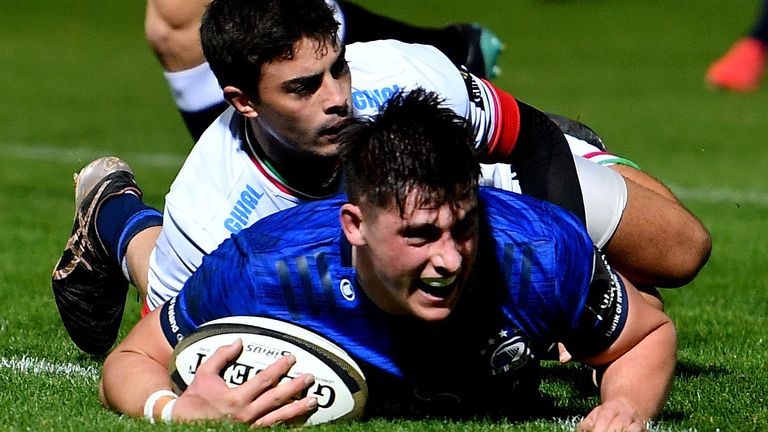 Handling errors blighted the early exchanges, while Zebre lost ex-Leinster lock Ian Nagle to a head injury. Leinster scored from their first trip to the visitors’ 22, captain Rhys Ruddock to the fore as good work by the forwards ended with prop Bent piling over.

Fly-half Byrne converted and also added the extras to Leinster’s second try in the 19th minute. The Zebre lineout malfunctioned close to their own line, allowing 22-year-old hooker Sheehan to gather at the rear and finish smartly.

Pescetto replied with a well-struck penalty from distance for 14-3 but Leinster were warming to their task. A clever wraparound off a maul saw Sheehan feed back inside for winger Kearney to push the lead out to 18 points.

The Italians left space around the side of a ruck in the 36th minute, allowing Luke McGrath to have a cut and lay off for the onrushing O’Brien to raid in behind the posts.

Man-of-the-match Sheehan powered over just a couple of minutes into the second half. With talismanic No 8 Jimmy Tuivati also forced off, injury-hit Zebre battled on and were lifted by Marco Manfredi’s turnover penalty.

Leavy was involved in some excellent handling which set up O’Brien’s second of the night, and flanker Penny enjoyed a 30-metre run-in with five minutes remaining.