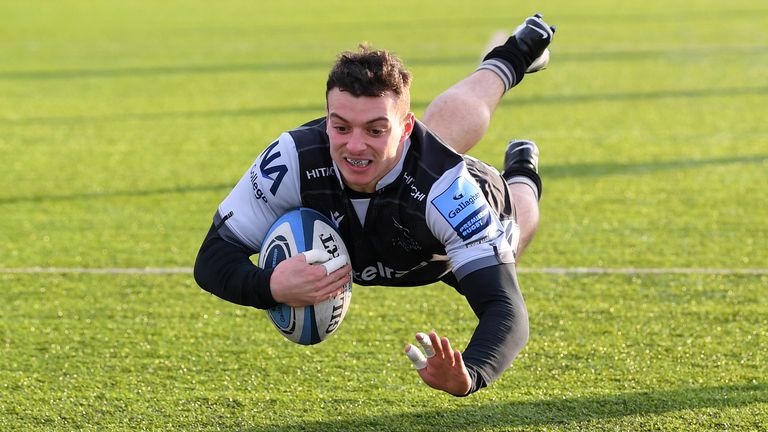 Newcastle Falcons temporarily went top of the Gallagher Premiership with a hard-fought 22-10 victory at home to Gloucester.

Tries from Adam Radwan and Matias Orlando plus one conversion from Toby Flood helped Newcastle into a 12-7 lead at half-time, with Jonny May’s converted score and some stern defence keeping Gloucester within touching distance.

It was a much tighter affair after the break as Lloyd Evans and Brett Connon exchanged penalties, but replacement George McGuigan forced his way over on the final play of the match to put the seal on the win and send the hosts top – at least until the outcome of the clash between Exeter Chiefs and Bristol Bears was resolved.

The game was barely four minutes old when the Falcons took the lead, winning a turnover close to their own lining and setting up a counter-attack which released Radwan down the right touchline followed by cutting inside and evading England winger May to score from over 90 metres out.

Flood’s conversion attempt hit the posts though, while at the other end fly-half Evans missed the target from a penalty with Gloucester’s first opportunity to put points on the board six minutes later.

It was not long before the Falcons moved further ahead either. This time it was Argentine centre Orlando who got the try, picking up from the base of a ruck after Trevor Davison had been tackled and scampering through a gap to score behind the posts, giving Flood a simple conversion attempt.

Gloucester hit back in the 25th minute after inching their way towards Newcastle’s line after adopting a more direct approach, with May grabbing the ball from a ruck, and diving over from close range along with fly-half Evans converting. 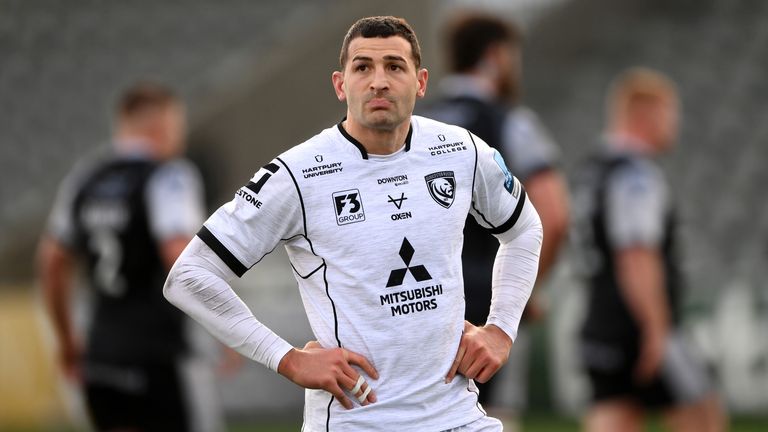 It then needed a monumental defensive effort from the visitors to prevent the Falcons adding to their tally before the break, with the Cherry and Whites holding out in their 22 for over 30 phases and then successfully defending a line-out drive after Newcastle kicked to touch from a penalty.

Evans reduced the deficit to 12-10 with a successful penalty kick inside the first quarter of an hour following the restart and it remained that way heading into the closing stages of the contest.

His opposite number Brett Connon missed a penalty for the Falcons just as the clock ticked past 70 minutes but made no mistake five minutes later to edge his side closer to victory.

And the seal was put on the win just as the clock went red as hooker McGuigan spied a gap to get over for a converted try following a strong run by try-scorer Radwan, denying Gloucester a losing bonus point and leaving them bottom of the table.