Jenna Brooks reports on the NRL’s target of a late May return, plus the latest on the future of CEO Todd Greenberg.

The NRL are aiming to play again on May 28.

On April 21, NRL chief executive Todd Greenberg and ARLC chairman Peter V’landys will present different scenarios, structures, and dates that could help see the season get back underway.

“We’ve got some of the game’s best minds around the table under the stewardship of commissioner Wayne Pearce,” Greenberg said.

“They have all been tasked with coming up with different solutions and opportunities for the game to consider. We will also need to consult independent medical and biosecurity experts. That work has already started and will be progressing again this week, ultimately to provide a report for Peter and I to take to the commission in the middle of April.”

When coronavirus halted the competition after round two, Parramatta were top with two wins from two, alongside Newcastle, Canberra, Melbourne, Brisbane and Penrith.

ARL Commissioner Wayne Pearce, who is also heading up the Innovations Committee, has suggested resetting the ladder as a possible option when rescheduling the season.

“We’re going to be looking at all the options,” Pearce told the Sydney Morning Herald. 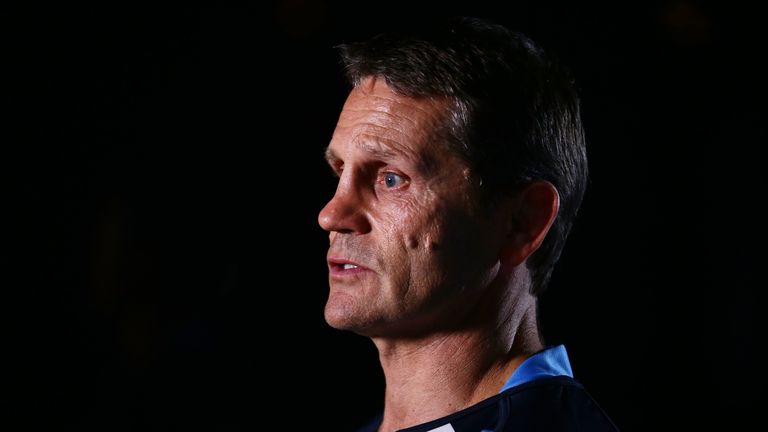 If and when the competition gets back underway in 2020, there’s a suggestion to split the league into two conferences of eight in two locations, likely Sydney and Townsville, with teams playing against each other twice in their conference.

Another option is to keep all teams together and have them play each other once at the same venue – in this case Sydney Olympic Park, which also has training and accommodation facilities, where the teams would base themselves for the foreseeable future.

“There are pros and cons for the type of structures they are looking to put in place and what spins from that we will have to look at all options. That will all be talked about. It’s going to be a pretty big meeting because there’s a lot to discuss.”

Newcastle captain Mitchell Pearce, the son of Wayne, told The Sydney Morning Herald he hadn’t spoken to his father, but wasn’t a fan of stripping points from teams.

“I would be filthy if they took the points off us. We want our four points. I’m sure Cameron Smith would be saying the same thing for the Storm. We had two of our best players get injured and that can’t be for nothing.”

If the season was to restart next month, where does it leave the Warriors?

Greenberg told The Sydney Morning Herald due to New Zealand’s border restrictions, the NRL could restart without the Warriors.

“We could play without them but we don’t want to. We’ll be doing everything possible to ensure the season is played in its full capacity with all teams, and that includes the Warriors.

“That’s for two reasons. One, we want the competition to be pure. But two, to genuinely reflect the sacrifices they made earlier in the year.”

Stephen Kearney’s side are still undergoing a 14-day isolation period after they remained in Australia in order to allow the second round to continue.

Todd Greenberg – the NRL chief executive – has come under fire for overspending and mismanagement of NRL funds.

Information also emerged that NRL headquarters runs at a yearly cost of $182m (approx £90m) and Greenberg has been heavily criticised for not immediately taking the same 74 per cent pay cut that the NRL players were forced to take.

Despite being publicly backed by ARL Commission chairman Peter V’landys, Greenberg’s contract, which expires in October, isn’t expected to be renewed. 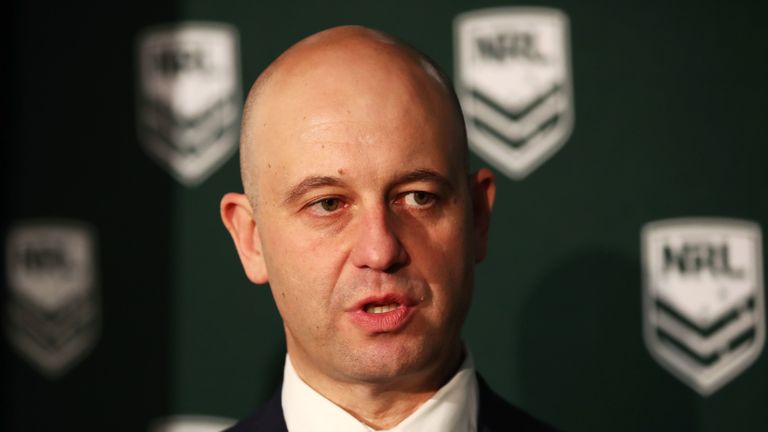 Reports in Australia suggest Phil Gould and Wayne Bennett are two men being linked with the top job.

Fox Sports’ Matty Johns has backed the former NSW coach and believes he would be perfect.

“One thing about Gus (Gould) that would suit the game is he is not a populist.

“He sometimes says and does things that irritate people and get on people’s nerves and that doesn’t worry Gus at all.

“That is the sort of bloke you want in charge that is going to be able to back Peter V’landys up and make unpopular decisions sometimes for the betterment of the game.”

Justin Holbrook will continue working, but has taken a 50 per cent pay cut after the Titans stood down the majority of their staff, without pay.