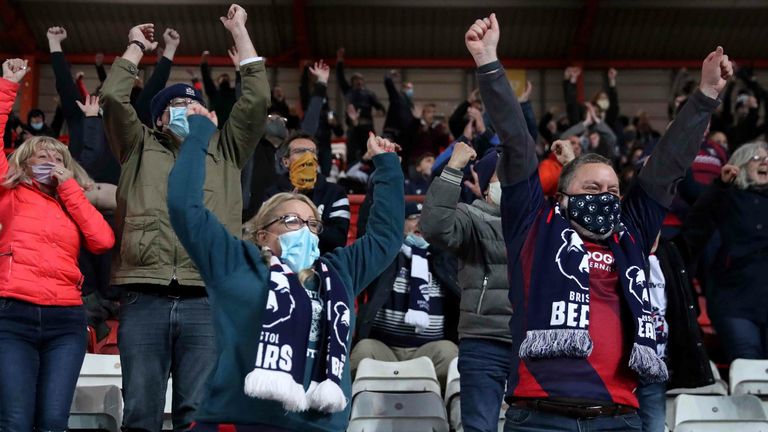 A home play-off next month is now within touching distance, and Lam said: “We have got to acknowledge the crowd – it was awesome.

“I think both teams were probably taken aback. We knew there was going to be noise, but we didn’t expect that sort of noise. “It was unbelievable, and a real credit to the Bristol fans.”

Bristol often made hard work of it after Gloucester lock Matias Alemanno was sent off for a 16th-minute tip-tackle, seeing three first-half tries disallowed, full-back Charles Piutau wasting another golden opportunity and then substitute Alapati Leiua and Piutau having scores ruled out.

Simply a class act. 🤩@Sheedy95 is a fantastic ambassador for our club, on and off the field 👏

Lam added: “We will acknowledge the good things, but we have got to be a lot more clinical.

“I would be worried if we didn’t create opportunities and every game this season we have created plenty of opportunities. We still scored five tries today.

“We got ahead on the table in round six and, to be top after round 19, we would be extremely disappointed if we got overtaken. It’s a credit to the players and all the staff.

“I think we need one more win to secure that home semi-final.”

Gloucester, despite facing an uphill struggle for more than hour, were admirable in adversity and they arguably deserved more than wing Santiago Carreras’ try that Billy Twelvetrees converted.

“I was looking forward to 15 (players) on 15 and it would be a good benchmark for us to see where we are at against the best team in the league. 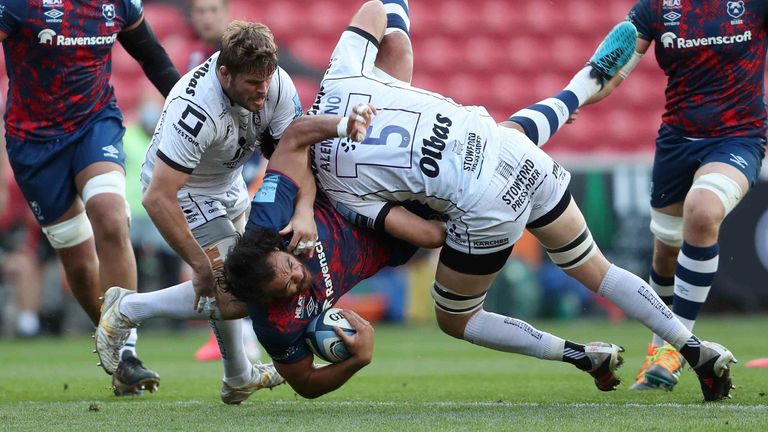 “Unfortunately, Matias got sent off and it became a bit of a dog-fight for us after that.

“I thought the sending-off was fair enough. I don’t think he meant to do it, he was falling back, and it was one of those unfortunate ones.

“I thought we made it hard for Bristol to get their bonus-point. I thought for the most part the defence was brilliant. Bristol are a class team and they found a way in the end.

“It was one of those days. If you get a red card 16 minutes in, it is pretty devastating anywhere, but against Bristol away from home it is about as devastating as it is going to be.”