Leicester head coach Steve Borthwick is never one for wild emotions and he was true to form after Tigers won their fourth game in a row and headed back to the top of the table with a 21-16 victory at London Irish.

That run is the best start Leicester have had to the start of a league season since 2000-01 — a campaign that ended with Martin Johnson leading them to domestic and European glory.

It took three penalties from George Ford in the last 18 minutes to shake off Irish and haul Leicester back from 16-12 down after a stuttering display but Borthwick was impressed with his side’s mentality. 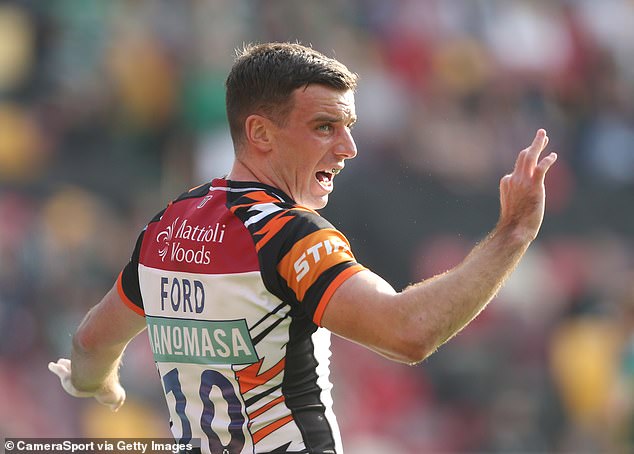 He said: ‘It could have been a loss but they showed immense character and immense fight. That fight is a good foundation for us to grow on.

‘There are games where we have to adapt and the players did that against a really tough London Irish team.’

Ford’s late treble was a body blow for Irish, who have not won in 10 Premiership games, and left assistant coach Les Kiss conceding they need to have more faith in themselves.

He said: ‘Pressure is part of it. You have to love it and live in that space. We just need to believe what we have is capable of taking a team like Leicester to a place they don’t like. We can’t afraid to be in the fight.

‘It’s a despondent dressing room. They played with heart and if we’d backed ourselves we could have seen it through.’ 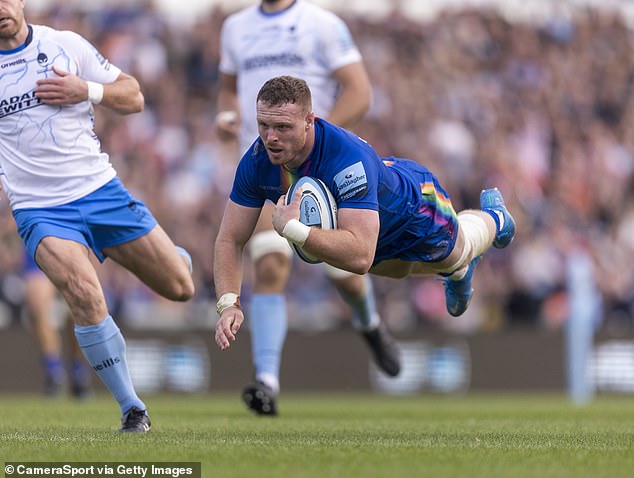 Hooker Nic Dolly, with his fourth try in four games, opened Leicester’s account before Irish fly-half Paddy Jackson nudged them ahead with his boot.

Tigers No 8 Hanro Liebenberg went over from a driving lineout, then hooker Agustin Creevy did the same at the other end to give Irish a four point lead before Ford finished it off.

And a missed conversion by Tom Curtis denied Sale a remarkable comeback victory over Gloucester at Kingsholm.

The hosts held on for a 33-32 win, and even Sale director of rugby Alex Sanderson admitted it was deserved.

‘It would have been daylight robbery if we had won,’ he said.