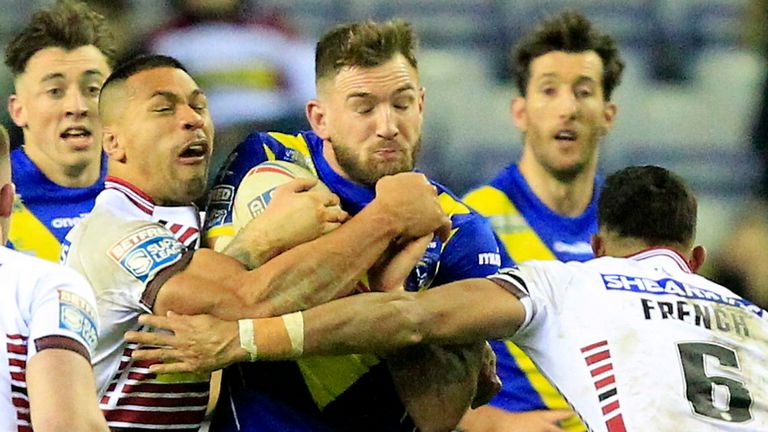 We take a look at what is being said ahead of Friday’s Super League double-header at Emerald Headingley involving Wakefield Trinity, St Helens, Warrington Wolves and Wigan Warriors, plus the match between Catalans Dragons and Hull Kingston Rovers…

The first match of the night at Headingley pits top against bottom in Super League as St Helens take on a Wakefield Trinity side still searching for their first win since the season resumed in August.

Trinity went down 40-8 away to Catalans Dragons last Sunday and go into the match against the defending champions with just 17 players available due to the impact of the coronavirus pandemic.

Head coach Chris Chester does, however, have Eddie Battye back after a short spell out injured, with Ryan Hampshire, Joe Batchelor and Jack Croft back in the mix and David Fifita possibly available too.

“It’s a competitive side,” Chester said. “We’ve got guys coming back from being stood down for two weeks.

“They had a 40-minute session on Monday and we had a team run. It’s really tough but needs must at the minute. We’ve got to get 17 out on the field and fulfil the fixtures.

“We had a good honest conversation today and there’s certainly a real positive vibe that we can still go to Saints and do a real good job and get something out of the game.”

By contrast, St Helens have had over a week to prepare for this match on the back of defeating Wigan 42-0 in the derby clash last Wednesday and are boosted by the return of Tommy Makinson from suspension.

Youngsters Josh Simm, Jack Welsby and Lewis Dodd retain their places in the 21-man squad as well and Saints head coach Kristian Woolf is trying to find the balance which will allow him to keep blooding youngsters to aid their development.

“We’ve just to figure out where they sit and if they do hold a good account of themselves over the coming weeks, then obviously if we do go as far as the finals they’ll feature heavily there and be even better for that experience as well,” Woolf said.

“What we’ve got to do while we’ve got a healthy squad is make sure all of those guys are getting some football and exposure.”

Tommy Makinson returns to our 21 man squad for Friday's clash with @WTrinityRL! 👊

The second match of the night at Headingley sees the two teams who were eliminated in the Challenge Cup semi-finals last Saturday aiming to bounce back on their return to Super League action.

Wigan went down 26-12 to Leeds Rhinos in their match, with head coach Adrian Lam left to rue a below-par performance from his team.

Lam expects to see a response from his team when they take on Warrington, with both teams battling it out among the play-off contenders in Super League.

“We’ve little time to prep but, after last week’s performance, I don’t think training is an issue,” Lam said.

“It’s a massive game for both clubs, for our club especially, because we are obviously disappointed with our performance at the weekend. There was no excuse to dish up what we did.”

The Wolves’ 24-22 defeat by Salford was an even bigger shock as the holders relinquished their hold on the trophy and coach Steve Price says he is still coming to terms with the outcome.

“It was gut-wrenching,” Price said. “We’ve learnt some harsh lessons.

“We have the perfect opportunity to go out there on Friday and put in a strong 80-minute performance. The boys are chomping at the bit to get back out there and right the wrongs.”

Warrington will be without Ben Murdoch-Masila, who has an abductor strain. Wigan, meanwhile, have Morgan Smithies back after serving a six-match suspension and could give a debut to prop Brad Singleton following his arrival from Toronto Wolfpack.

Over in France, Catalans aim to make it three wins in a row when they welcome Hull KR to Stade Gilbert Brutus.

Last Sunday’s victory over Wakefield kept the Dragons firmly in the hunt for a place-off place and Steve McNamara is pleased with the improvements his side have made.

However, the head coach knows they still have more work to do if they are to be in the top four come play-off time. 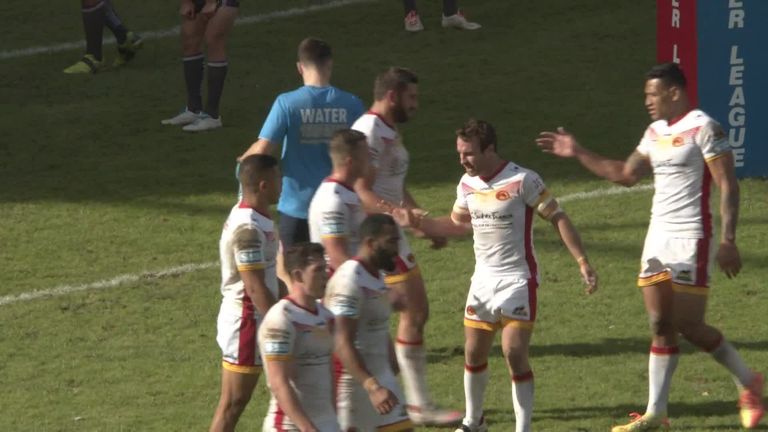 “We’ve all been off the mark in the past few weeks since lockdown, but you’ve got to work hard and find that form,” McNamara said. “I’m not saying we have completed that, but we’ve gone a long way towards it.

“It’s nice to be at home for a change and not be thinking about going to an airport, but that means nothing unless you are prepared to work hard, and I thought we did that.”

McNamara’s opposite number Tony Smith has experienced plenty of trips to Perpignan during his time in Super League and hopes this will be one of his more memorable visits as Hull KR aim to rebound from last Wednesday’s 32-22 loss to Huddersfield Giants.

“Over the years I’ve had some good trips there and some tough trips there – it’s that sort of place,” Smith told HullLive. “Sometimes it all works out well and sometimes you have a tough day.

Remind yourself of Tony's 21-man squad for tomorrow. 👇

“They’re that type of team as well. They’re a very big, strong team and when they put it together, they can compete with anybody.

“On other days – like most of us in these strange times – they’ve found there’s some challenges that you can’t overcome.”

The match is set to see Fouad Yaha make his 100th appearance for Catalans, with Joel Tomkins returning to the side too after both were rested against Wakefield.

Meanwhile, Rovers will hand debuts to ex-Bradford Bulls half-back Rowan Milnes and former Wakefield prop George King, while Matty Storton is back from a hand injury and Mitch Garbutt returns too.