Super League will return to Warrington’s Halliwell Jones Stadium for Round 13 of the season, it has been confirmed.

Matches will continue to be played behind closed doors as double or triple headers as the RFL wait for the go-ahead to allow spectators back in.

Round 13 will kick off at 3.30pm on Thursday, September 24 with a game between Hull Kingston Rovers and Leeds Rhinos which will be streamed on the RFL’s Our League app for season-ticket holders.

That will be followed by Hull FC taking on Salford Red Devils at 6pm and Castleford Tigers facing Huddersfield Giants at 8.15pm, both of which will be live on Sky Sports.

On Friday, hosts Warrington Wolves will go up against Catalans Dragons and Wigan Warriors face Wakefield Trinity at 8.15pm, with both matches again live on Sky Sports.

Meanwhile, the outstanding match between Wakefield and Huddersfield has been re-arranged for Thursday, September 17 and will be played behind closed doors at the John Smith’s Stadium and is also being streamed for season-ticket holders on Our League. 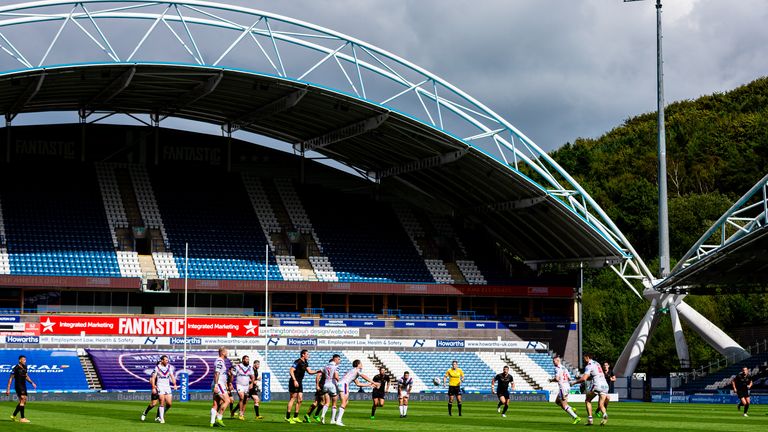 That game was postponed in March because Trinity and the Giants were involved in the fifth round of the Challenge Cup and they are both free next weekend after being knocked out of the competition.