‘Signing of the season’: How Wales Women’s international Alecs Donovan is helping Bristol Bears reach the next level with yoga sessions…and they’re so popular players are doing them during lockdown

In a Bristol team which contains Charles Piutau and Steven Luatua and will soon add Kyle Sinckler and Semi Radradra, it takes a lot to be described as one of the Bears’ ‘signings of the season.’

But that is exactly the term the high-flying Gallagher Premiership outfit have previously used for Alecs Donovan – the Wales Women’s international helping Pat Lam’s players go to the next level on the field by implementing yoga into their training schedule.

The Bears are certainly an anomaly in doing so. Donovan runs a yoga studio alongside her rugby career and works with Bristol on a weekly basis during the season. In the current lockdown enforced to stop the spread of the coronavirus, Lam’s players are now doing yoga on a daily basis using videos provided by Donovan. 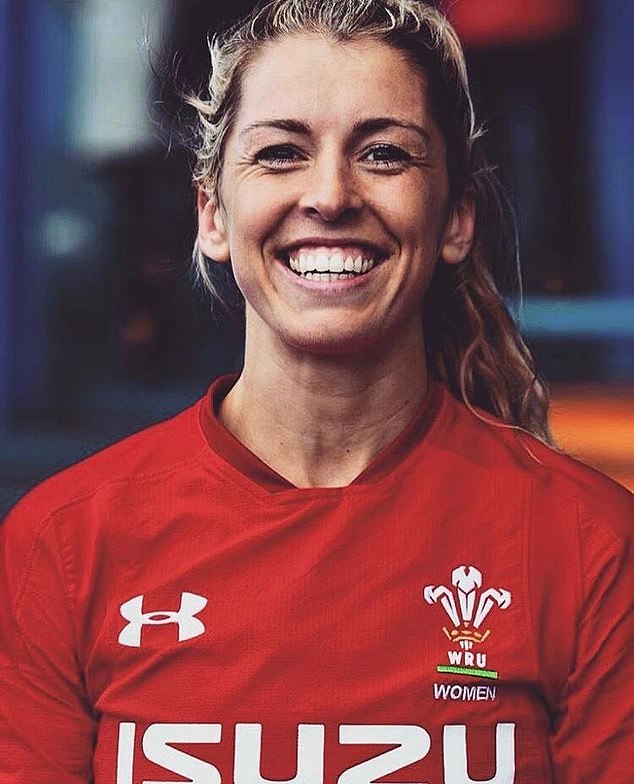 The seven cap international has also introduced yoga to the likes of Wales superstar George North and a host of the Wales Women’s squad and says it can be a big benefit to rugby players.

‘I’ve been working with them for around two years now. Rory Murray is the head of medical there. He showed me the injuries the Bears were getting – they were things like hamstring and calf tears and he said their players needed to work on their strength and flexibility.

‘Rory and Pat are big advocates of yoga. We have statistics now to prove our work has helped in dropping the team’s injury rate massively in terms of niggles and soft tissue injuries.

‘I used to work with the Wales Sevens squad and a few of the girls from the 15’s squad come to my classes. I’ve worked a lot with guys like George and Sam Warburton too, but those sessions were more one on one because they are my friends.’ 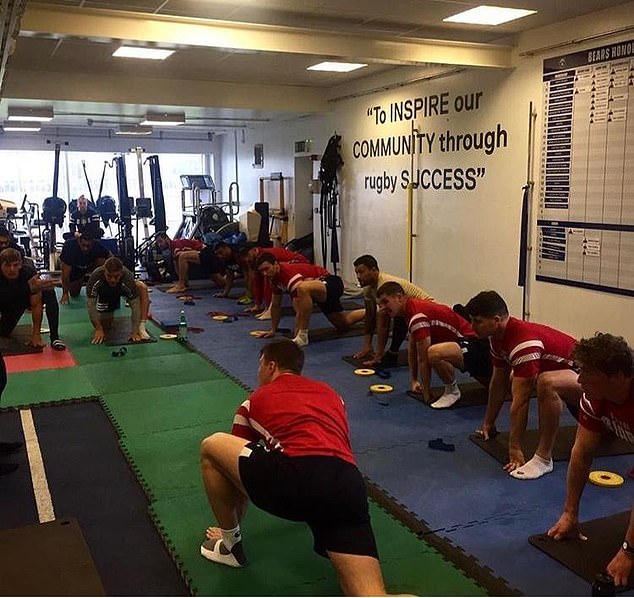 As an elite athlete herself, Donovan knows exactly the dedication required to reach the top. She made her Wales debut against Italy in the Six Nations at Principality Stadium in March 2018.

She is now a part of Wales Women’s Sevens squad and prior to the Covid-19 pandemic hitting, was combining that with her Cardiff-based business The Yoga Hub.

It has proved immensely popular and while yoga continues to grow as an activity among the general population, Donovan believes it can do likewise in professional rugby.

Bristol have shown the way with their director of rugby Lam a big fan of the physical and mental benefits it can bring. That has been backed up hard data recorded by the Bears.

‘It’s not a case of doing more yoga makes you a better rugby player, but it can help in aspects of the sport. If yoga can help you extend your career or prevent injuries, then why wouldn’t you do it? 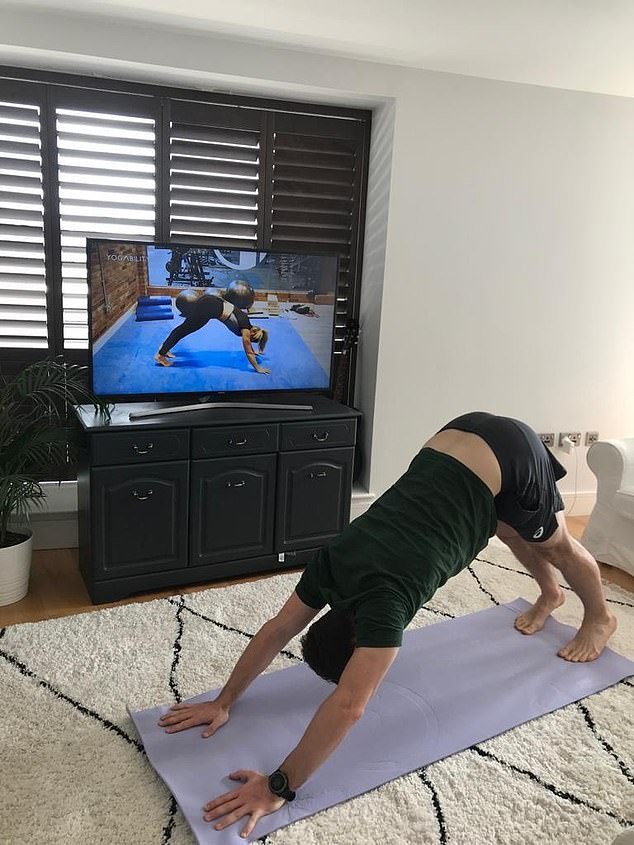 ‘It can have physical and mental benefits for the players. A lot of teams do yoga during pre-season and then stop, but I think more people and teams are getting into it now.’

She continued: ‘When I started with Bristol the squad paid me to do the yoga sessions. That showed me the players were willing to have a go at it and now it is funded by the club.

‘I work with a group of around 15 players and focus on the starting XV, but the players slot in and out depending on if they’re injured. In rugby the benefits of yoga are very dependent on the individual. If I was talking to a player who might be stressed mentally, we would focus on that side with them. We do a relaxation bit at the end and they’d probably benefit most from that.

‘Generally rugby players can be quite tight in terms of their muscles because they do so much physical and attritional work. We work on their flexibility, but at the same time they don’t want to be hyper mobile or over flexible. If you’re too flexible you lose your power so it’s about striking that balance. Bristol are buying into it and the positives are outweighing the negatives.’

Donovan’s partnership with Bristol sees her work with athletes of contrasting styles. Prop John Afoa – who weighs in at more than 19 stone – is a very different specimen to jet-heeled former All Blacks full-back Piutau, but Donovan says yoga can be applied to everyone.

It is her job to see how best she can help each of Lam’s players and the results speak for themselves. It is testament to how much Bristol’s players enjoy Donovan’s sessions that they are continuing to do them in the current lockdown. A typical week for a Bristol player at the moment will include shorter yoga workouts via video on Monday, Wednesday and Friday and a longer session for recovery on Thursday.

‘When you learn about the way rugby players move and what they need, it all becomes quite easy especially because I come from a background as a professional athlete myself,’ Donovan said. 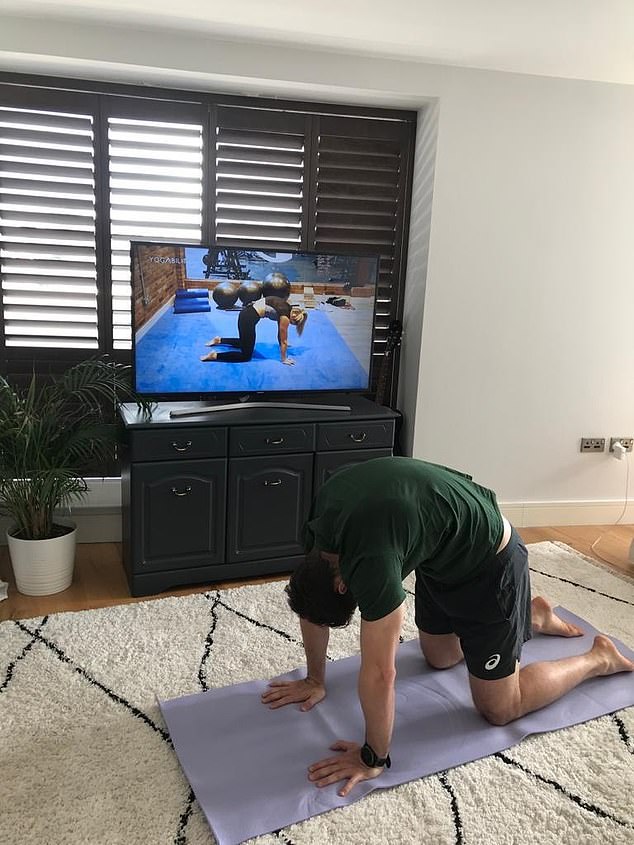 ‘If you tell rugby players they’re going to go through a meditation session then none of them will be interested, but the players don’t really realise they’re benefitting from the mental side of things.

‘They’re just lying down doing a couple of breathing techniques to calm the body for five minutes and we’ve had good feedback from that. I do hamstring work with Callum Sheedy and even if a session is focused for one person, it can also benefit others.

‘A common misconception of yoga is there is just one type when in fact there are many different options. We talk about strength through range and it’s much better do 10 minutes each day rather than a two-hour slot every two weeks.

‘I write programmes for Bristol’s strength and conditioners. It’s much harder for the players to do yoga during the season unless it’s written into their programme and the coaches buy into it.

‘Pat is so nice. He always thanks me for working with them and when you look at the stats, you can’t really argue. I would never promise I’d help decrease injury rates because you can’t, but Bristol have kept track of who has been injured and their progression rate once they’ve been to my class and they’re really happy. As a team they’ve been doing really well too which is great.’ 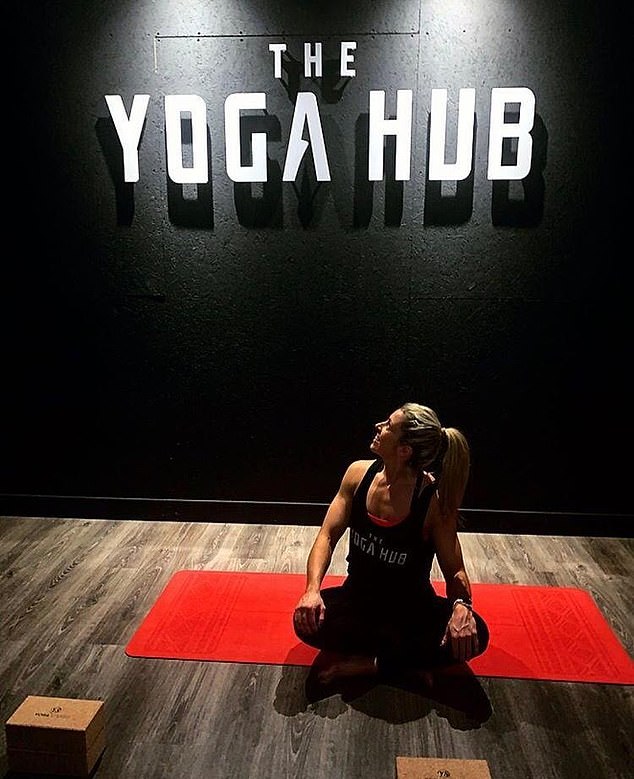