What we learnt from the AFL pre-season

With the delayed finish to the 2020 season because of the COVID-19 hiatus, the pre-season ahead of the 2021 campaign was considerably shorter than usual, with many players only returning in the new year.

It meant that pre-season setbacks were exacerbated, with less time for players to recover from niggles than they would ordinarily have. 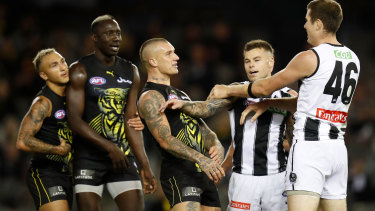 It wasn’t that long ago that teams played four or five pre-season games against other clubs. That is no longer the case. Indeed, each side played only a scratch match in late February and then a more formal AAMI Community Series on the weekend just gone. Somewhat frustratingly for the non-Victorian clubs, the AFL’s conservatism around border closure concerns meant that the eight sides from outside Victoria all played repeat local derbies.

Still, after the way last year went at times, some footy is much better than none.

So, after two rounds of pre-season matches played with varying levels of intensity, here are some of the big questions, and an early glimpse at some answers too.

Has the world ended because of the man-on-the-mark rule?

There is plenty wrong with the world at the moment, but the sky isn’t crashing down because of what has quickly become the highest-profile and most contentious of the AFL’s latest round of rule changes. The “stand” rule, which requires players on the mark not to deviate from their position or risk giving away a 50-metre penalty, shot into the public consciousness after a clip of Essendon’s Kyle Langford falling afoul of the new restrictions in an intraclub game. Then Fremantle’s Brennan Cox took one step to the side in a pre-season derby against West Coast, leading to an easy Oscar Allen goal and plenty of outrage about the rule. But players seem to be getting used to it, with much less consternation seen across the most recent weekend of games. While it seems likely that breaches will periodically lead to the issue being reheated, the more substantive matter is how the game has actually changed in between the occasional 50-metre penalty.

It would appear the change has been quite dramatic. It is still clearly early days, but the enforced rigidity of the man on the mark seems to have majorly opened the game up. In particular, it is rebounding and pacy half-back flankers who should be in vogue. Perhaps the best example of this was reigning Richmond best and fairest Jayden Short, who sizzled with 43 disposals in his side’s win over Collingwood on Friday night at Marvel Stadium.

Are we going to miss shorter quarters?

Well, it depends how you like your footy. Plenty of fans were outraged last year even at the thought of 16-minute quarters, initiated last year because of the plan to compress the fixture, an idea that ultimately materialised later in the season. Certainly, the reduced game-length made for a more bite-sized product, with many games not running for much longer than two hours. But with 20-minute (plus time-on) stanzas back, games feel like they are dragging on, with matches set to routinely push well beyond two and 1/2 hours, especially as the AFL has only cut back breaks between goals from 60 seconds to 50 seconds.

It appears however that certain players definitely won’t miss shorter quarters. These are the guys for whom repeat high-intensity running is a competitive advantage. A couple of prime examples are Bradley Hill and Tom Phillips, both accomplished players who were well off their best in 2020. In Phillips’ case, that contributed to Collingwood offloading him to Hawthorn. Yet the pair were both outstanding in the second weekend of the AAMI series, able to again outlast their opponents. This type of player will have also benefited from the further reduction to the interchange cap, and probably also the man-on-the-mark rule change.

Will North Melbourne be as poor as advertised?

The Kangaroos finished second-last in 2020, and then offloaded a heap of experienced players, including Ben Brown and Shaun Higgins. Expectations were understandably low for first-year coach David Noble, and they are probably even lower on the back of what North have dished up so far in the pre-season. Raw results aren’t everything, but the Kangaroos have been a fair way off the pace in their pair of hit-outs to date in 2021, smacked by St Kilda to the tune of 91 points. The margin wasn’t as stark when North took on Hawthorn at Arden Street on Saturday, but any enthusiasm garnered from “only” losing by 39 points should be tempered by the fact the Hawks were significantly undermanned and much of the damage was done by the unheralded pair of Changkuoth Jiath and Jacob Koscitzke. 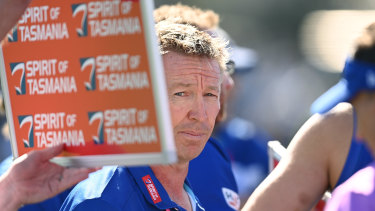 David Noble has a job ahead of him.Credit:Getty

North could at least take some solace from the solid effort of off-season recruit Jaidyn Stephenson, now playing on a wing. It also looms as another long year for fellow 2020 strugglers Adelaide. The Crows were crushed by 71 points in Sunday’s pre-season date with cross-town rivals Port Adelaide. However another of 2020’s poorer-performed sides, Essendon, lost few friends in their plucky showing against a stacked Geelong at GHMBA Stadium. Expectations aren’t overly high for the Bombers this year either, but if they can play as they did against the Cats they will boost their chances of retaining free agent Zach Merrett, who starred with 37 disposals in the seven-point loss.