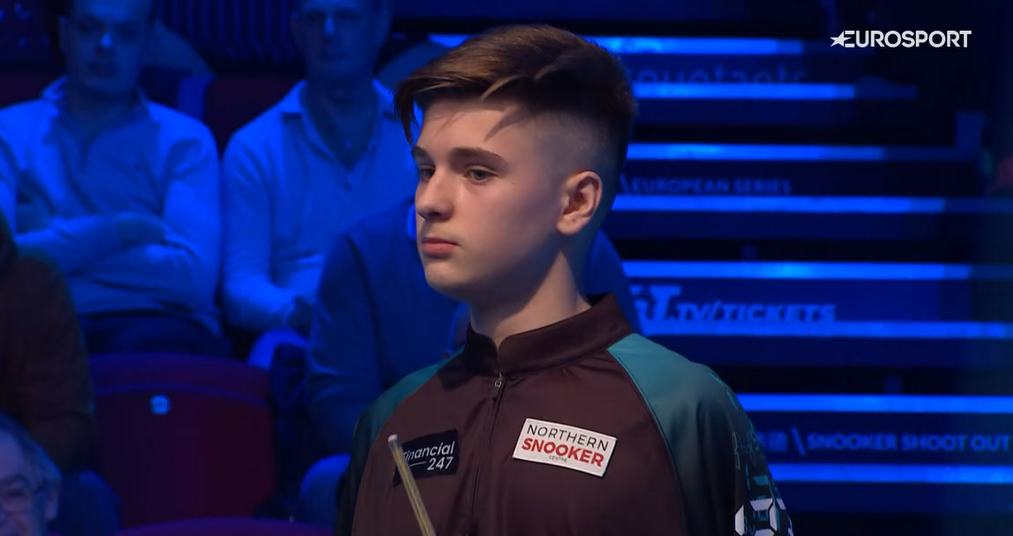 At just 14 years old, Vladislav Gradinari picked up a win on his debut at the Snooker Shoot Out, beating three-time women’s world champion Ng On Yee in the first round.

The teenager from Moldova is based in Leeds and won the English Under-14 title last year, which earned him a spot in the Shoot Out.

It may only take one frame to win a match in the unique event, but Gradinari showed some serious talent, crunching in some excellent long balls on his way to victory.

‘I played really well and I’m happy with that,’ Gradinari told Eurosport. ‘I felt really natural at the table and I’m really happy with this win.’

On Yee, who was also making her debut in the event, and was a little unlucky with the run of the balls, has practiced with the youngster before so knew she was expecting a challenge.

She said: ‘Especially the long pots, he’s cueing very well. I’ve practiced with him before in Leeds so I know how good he is.’

Before the match, Gradinari told Eurosport: ‘I’ve been playing six and a half years old, I started with American Pool because I was too small but changed to snooker when I was a bit bigger.

‘I was very proud of myself, couldn’t wait to start and now I’m here and I’m ready.’

It’s not the first time a 14-year-old has won a match in the chaotic event, with Ben Mertens downing former world number three James Wattana in 2019.

Last year 15-year-old Stan Moody made an impression, beating Lu Ning in round one.

Gradinari will be back on Friday for his second match, but we don’t know who he will face yet as it is a random draw each round.