When thinking of Chelsea's midfield options, Lewis Baker isn't a name that often comes to mind.

The 26-year-old hasn't made a competitive appearance since 2014, which was a three-minute cameo in an FA Cup tie.

However, with Chelsea crippled by Covid-19 cases, Baker looked set to make an unprecedented return to the first team – almost eight years after he last graced the side.

But after training with the first team, Baker himself tested positive for Covid-19 ruling him out of the clash.

And Daily Star Sport is looking at seven players who were reintroduced to the first team after being cast into the wilderness. At Everton, Ross Barkley was touted as England's next big hope, unfortunately, he had the unenviable task of attempting to fill the boots of Frank Lampard and Steven Gerrard in the national side.

However, a big-money move to Chelsea never quite worked out for the budding playmaker.

Barkley's appearances at Stamford Bridge have been fleeting, and he has made just five appearances under Thomas Tuchel so far this season.

Who is your teams forgotten player? Let us know in the comments section Emiliano Martinez was a revelation when he stepped between the sticks for Arsenal during 'Project Restart'.

The Argentine had last made a Premier League appearance during the 16/17 season before Mikel Arteta called upon his services.

Fans questioned as to why Martinez had been left to rot on the bench all those years, and with other clubs now alert to his talents, it wasn't long until he was on his way out.

Martinez has since forced his way into the Argentine national side, and he claimed a Copa America title over the summer. It seems unfair to place Adam Forshaw on this list after all his debut Premier League experience came this season.

But Forshaw has been a largely forgotten figure at Elland Road after an injury early on during Leeds' Championship-winning campaign saw Forshaw sidelined.

That spell continued almost two years until Marcelo Bielsa brought him off the bench against Southampton in October.

Forshaw has since been a mainstay in the Yorkshire side, who have struggled to replicate last seasons form. 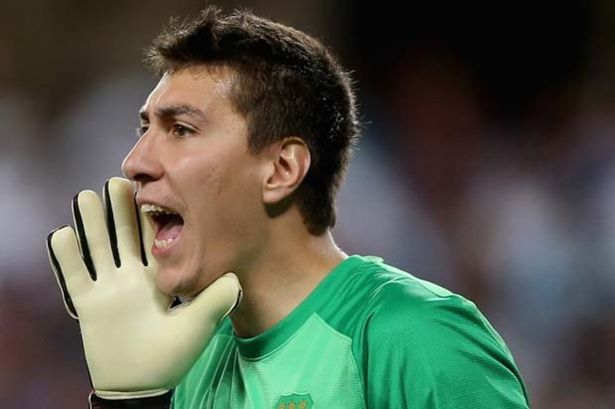 For the majority of his career, the looming 6ft"7 frame of Costel Pantilimon stood in the shadow of Joe Hart at Manchester City.

Like Forshaw, the Romanian was forced to wait for his first Premier League appearance, having signed for City in 2011.

Pantilimon was handed his first shot at Premier League football during the 2013/14 season when Hart was out injured.

Impressed with his performances, Pantilimon left that summer to join Sunderland – where he racked up the majority of his top-flight games.

Nick Powell arrived at Manchester United in 2012 with a considerable amount of hype surrounding his talents.

United thought they had uncovered a special player from Crewe Alexandra – who had been in League Two when Powell was a regular in the starting side.

It was a trial by fire for the youngster when he made appearances in the Champions League and Premier League during his debut season.

However, Powell had to wait an additional three years for his next United appearance in the top flight, and he was promptly moved on shortly afterwards.

Abou Diaby promised Arsenal fans the world, but in a career defined by injuries, the Frenchman was forced to hang up his boots at 32.

Diaby arrived in North London from A.J. Auxerre, and he was labelled as the next Patrick Vieira.

However, as the injuries racked up, Diaby's appearances in red began to be few and far between.

The Frenchman was constant in the side until the 11/12 season, but he then had to wait until the 14/15 campaign before making his next appearance.

Gbamin had made one more substitute appearance in the league since then, but a string of injury problems had ruled him out of a total of 86 matches.

The 26-year-old has since made appearances against Tottenham and Chelsea.