Report as Celtic’s defeat to Rangers in the Old Firm derby earlier on Saturday left the door open for Aberdeen, but the Dons could not capitalise, as they were held to a goalless draw at home by Dundee United. 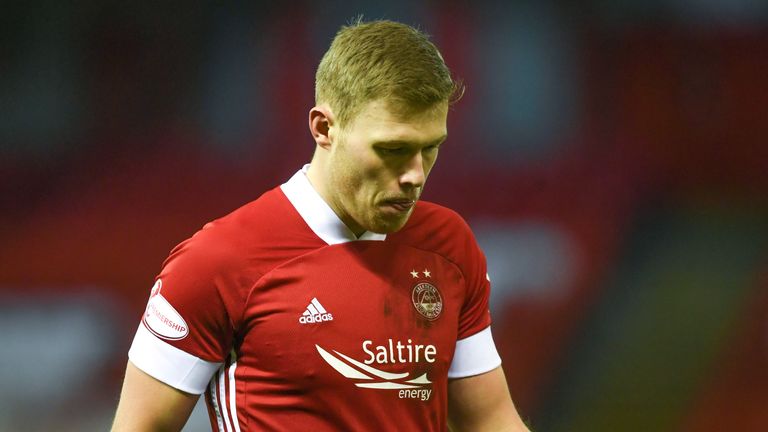 Aberdeen missed the chance to move within striking distance of second-placed Celtic in the Scottish Premiership as they played out a battling but entertaining goalless draw with Dundee United at Pittodrie.

Derek McInnes’ side would perhaps argue they had the better of the play, but United’s Lawrence Shankland had the best of the opportunities and on another day would have caused the downfall of his former side.

The visitors were forced into a change before the match even kicked off as Ryan Edwards picked up a knock in the warm-up, with Lewis Neilson taking his place in the United defence.

But they were not put off their stride and had the first chance of the match as they broke through Ian Harkes after nine minutes. His pass saw Scotland striker Shankland cut inside Tommie Hoban before crashing an effort back off the bar.

Aberdeen would have the bulk of the chances and were left rueing a number of opportunities passed up.

Wales international Ryan Hedges was instrumental, and he had a reasonable shout for a penalty as he seemed to be nudged off the ball as he jinked his way into the area, but referee Kevin Clancy was unmoved.

Hedges saw a deflected right-foot effort saved by United goalkeeper Benjamin Siegriest at the midway point of the first half, and he sent a left-footed strike wide of the target 15 minutes later. 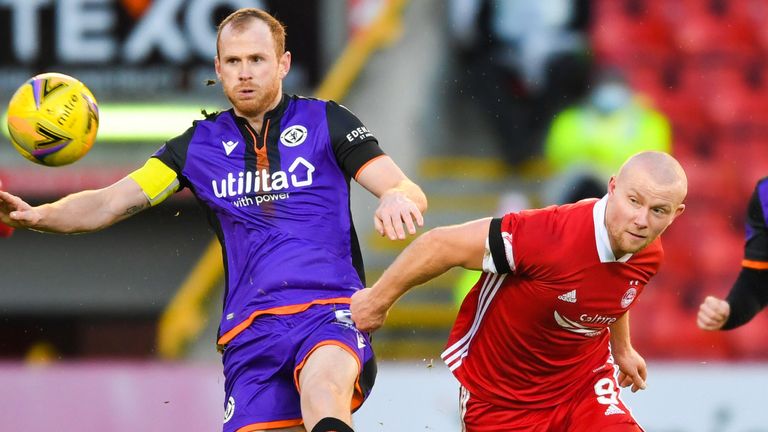 It was his corner that saw Andrew Considine head over just before the interval as Aberdeen continued to look for a breakthrough, but United could have opened the scoring with the final kick of the half as Shankland hit over from a decent position.

Shankland was involved again shortly after the break as he got in behind Ash Taylor’s missed interception but pulled his shot, and Considine averted the danger. Not for long, though, as Jamie Robson immediately fired a right-foot shot past the upright.

But although the visitors were seeing more of the ball, they were struggling to test Joe Lewis who, to this point, had not had a save to make. 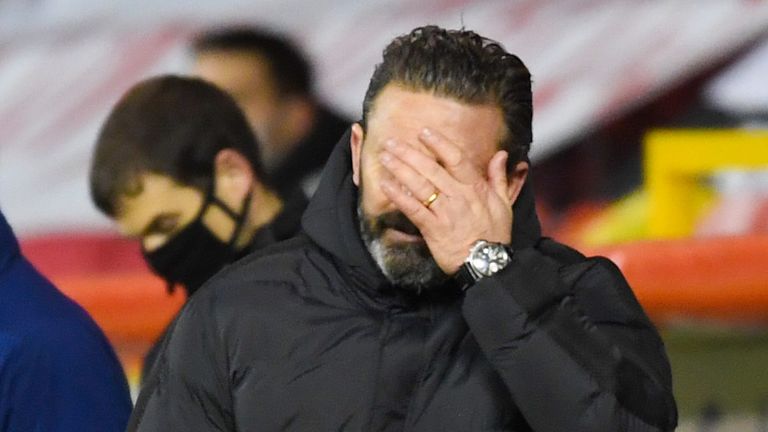 Aberdeen were also struggling to create clear-cut openings and Tommie Hoban would have been disappointed to head over from a Jonny Hayes cross after 75 minutes.

Shankland had another effort in the dying stages of the match. His right-footed effort from the edge of the area seemed to be sneaking inside Lewis’ left-hand upright, but the goalkeeper stuck up a hand to send the effort round the post.

Aberdeen manager Derek McInnes: “Our focus is on ourselves. I want to make sure we control what we can and today feels like a missed opportunity. It’s a point gained on other teams, but it’s the type of game where we feel we should be picking up three points.

“If you’d spoken to me at half time I’d have been really pleased. Although we hadn’t scored, the attacking threat of the team was clear to see, and our wide men were really prominent and we got plenty of crosses in.

“I thought we were very good and asked for more of the same, but I’m extremely disappointed we haven’t followed that through. We were guilty of poor decision-making. I thought Dundee United’s front two throughout the game were good and I thought United were better in the second half.”

Dundee United manager Micky Mellon: “I always try to be fair and I thought it was a tough, hard-fought game from two honest teams. We certainly played our part in it.

“I’ve a lot of respect for Aberdeen and Derek McInnes. We knew we’d have to hit the level of performance that we did today in order to get something out of it.

“We did have probably the better chances, but it was a hard-fought game with two sets of players going for a victory.”