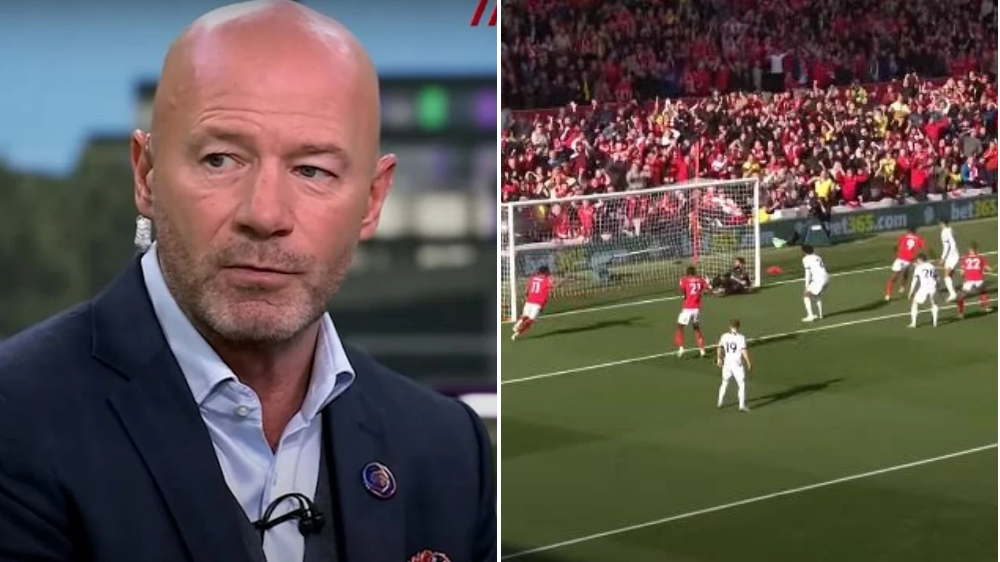 Alan Shearer and Robbie Fowler have slammed Joe Gomez for his multiple errors in Liverpool’s 1-0 defeat at Nottingham Forest on Saturday.

Despite having plenty of space just inside the Forest half, Gomez was caught on the ball by Taiwo Awoniyi and cynically hauled him down to give away a free-kick.

The 25-year-old was shown a yellow card and from the set-piece, Forest found Steve Cook from a long diagonal ball as he peeled out wide and whipped in a low cross to Awoniyi, who opened the scoring as the home side held on to secure three points.

Gomez had left Awoniyi unmarked, with the Forest forward able to fire home to haunt his former club and spark wild celebrations at the City Ground.

‘What a touch from Cook on the right hand side, and then to have the ability to get it across into the danger area,’ Shearer said after the match.

‘He doesn’t really pick anyone, it was just get it in there and hoping.

‘[Awoniyi] times his run to perfection, but the two [Liverpool] centre-halves, Gomez in particular, he’s not marking anyone.’

The City Ground has ERUPTED! pic.twitter.com/1O52sduvcZ

Quizzed on if Gomez’ error which resulted in the free-kick that saw Forest take the lead summed up Liverpool’s day, former Reds striker Fowler added: ‘Yes, it did.

‘He’s got loads of time. He’s got 10 yards of space and all of a sudden it becomes a battle.

‘He gives the free-kick away, he gets a yellow card. He has literally got 10 yards of space.

‘Premier League players should be able to find whatever pass they need [in that position].’

Liverpool’s 1-0 loss comes less than a week after Jurgen Klopp’s side beat champions Manchester City and sees Forest climb off the bottom of the Premier League table.

Following their victory over Pep Guardiola’s side on Sunday, Liverpool went on to record a 1-0 victory over West Ham on Wednesday and many had thought they had turned a corner before Saturday’s damaging defeat to Forest.