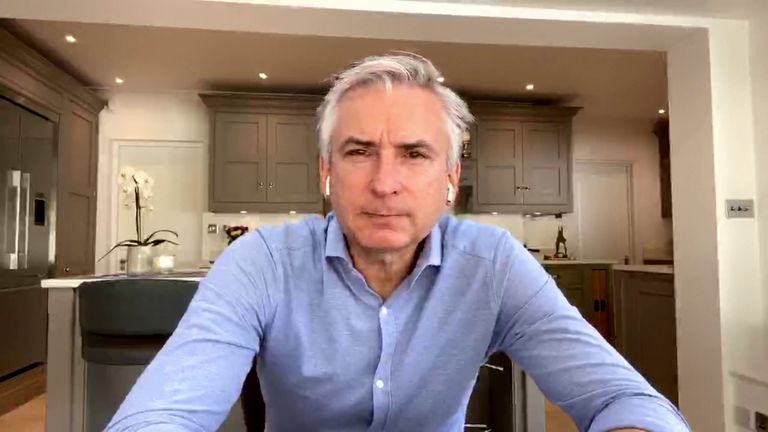 It is 26 years to the day that Arsenal won the Cup Winners’ Cup, beating Parma 1-0 in Copenhagen.

Barring the Inter-Cities Fairs Cup in 1970, it is the only European cup the club has won in their 133-year history.

The match-winner that day was Sky Sports pundit Alan Smith, who recalled the famous night at the Parken Stadium on The Football Show… 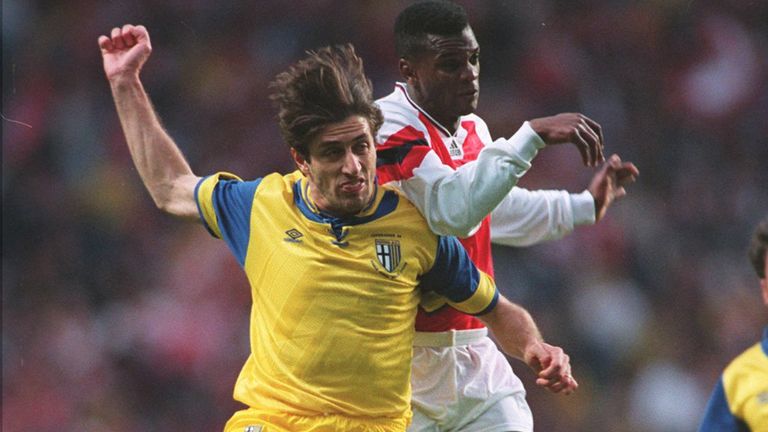 Arsenal have only won a couple of European trophies and we wouldn’t have known that at the time, and we were right up against it. We had injuries, suspensions.

Ian Wright, our main goal-getter during those years, got booked in the semi-final at Highbury [against Paris Saint-Germain], and he was inconsolable at half-time. He was in tears in the dressing room knowing he wasn’t going to play in the final but he’d helped get us through that game.

But we were up against a Parma team that had got to the final the year before [against Royal Antwerp], and it was a team that had Gianfranco Zola, Faustino Asprilla and Tomas Brolin – who was a very good player in Italy back then.

They had half of Italy’s World Cup team that went to the United States that summer, so we were second favourites by some distance, but what we did have was a fantastic back four, in front of David Seaman.

Those were the ‘1-0 to the Arsenal’ days, so if you got a goal you knew there was a fair chance that you’d get a clean sheet. That’s how it panned out.

‘I was always going to be on that teamsheet’ 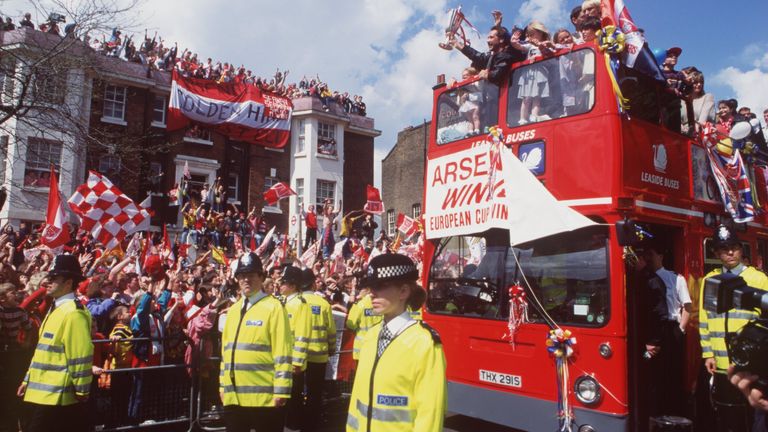 Even with Ian suspended, I’d have played anyway. Let’s get this straight – I’d been playing through the competition. We used to play a 4-3-3 in Europe – George Graham changed our system on the continent after we got knocked out of the European Cup in 1991 against Benfica.

George thought we were too open with 4-4-2. We would play 4-4-2 on a Saturday and then on the Monday before a European game, we’d work on a 4-3-3 on the training ground. At the start, we were all a bit doubtful thinking if it was going to work.

But it did bolster up the midfield and made us a lot more compact. I would normally play through the middle with either Ian Wright, Kevin Campbell and Paul Merson either side of me. I’d have certainly played if Wright was available or not as George wanted someone to hold up the ball! 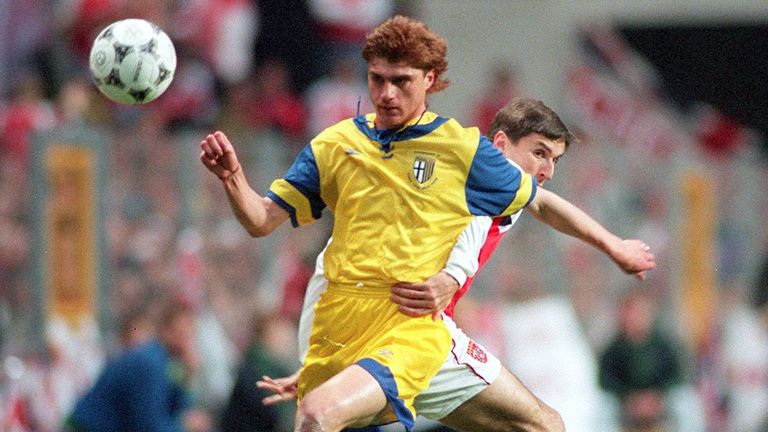 It was quite a spectacular one by my standards, from outside the box. It was a mistake by one of their defenders – an overhead-kick that he tried, and the ball landed at my chest. It bounced to my left, so it forced me to take it with my left foot.

I had players converging either side, so I had to take the ball quite high. I skipped up and had to use my laces. I knew I’d hit it quite well, and it was only when the goalkeeper dived in front of it that it ricocheted off that right-hand post and it’s trundled into the back of the net.

It was a brilliant moment but it was only after 20 minutes. We were celebrating it, but then we knew we had a long old way to survive and to see it out. 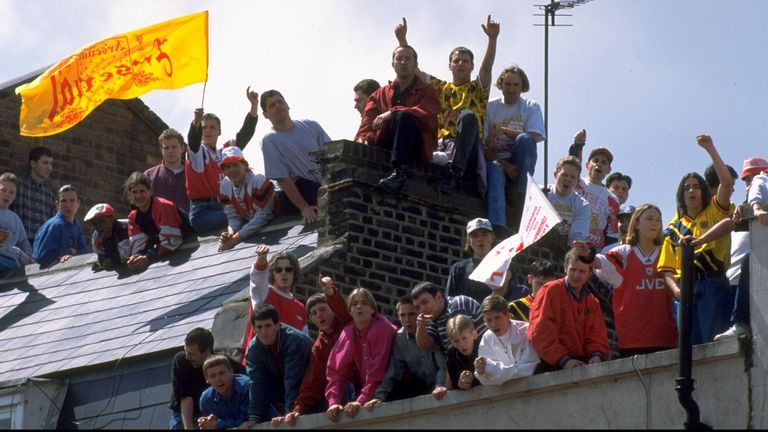 I was forced to retire through a knee injury. I tore my cartilage in the January of 1995 and had bone damage and never got back. So, my career dribbled to a close. I’d had such a successful time and that was a disappointing bit, but that’s why the Cup Winners’ Cup is a nice little interlude in the middle of that to cheer me up a little bit.

I hadn’t really spoken about my confidence issues before [Smith opened up on the subject in his book ‘Heads Up: My Life Story’].

It was something I needed and wanted to talk about. A lot of players will go through these types of things, a collapse in confidence that sometimes you find hard to get out of these slumps. 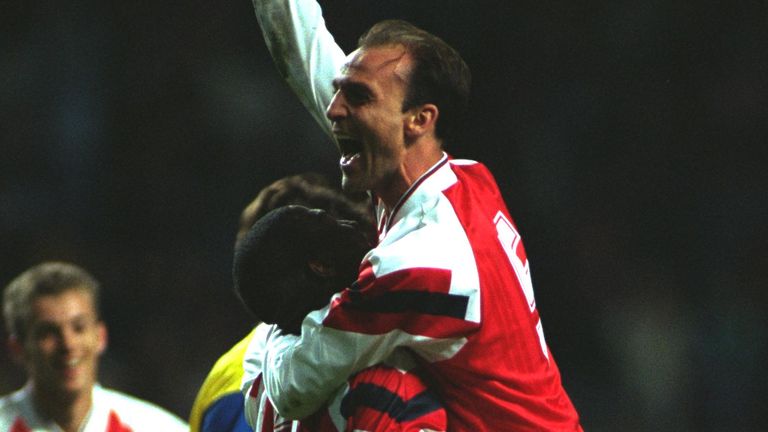 Goalscorers especially, when you have a little drought. But once you do get going again the confidence builds but this was a little bit different.

I’d been top scorer for Arsenal and won a couple of golden boots, so it was like falling off a cliff in terms of my goal scoring. George Graham must’ve wondered what was wrong, but we never really addressed it.

We were winning our fair share of matches and we became a cup team. We’d won the League Cup and the FA Cup in 1993 so it’s not like we weren’t successful but nowadays it would be gone into. What’s going on? What’s happening? Why aren’t you the player that you were? But that’s just how it was back then.

Merson: Smith was a massive help in my career Smith was the most underrated player I played with. He was the nearest thing to Mark Hughes at holding the ball up. He won the Golden Boot a couple of times. He was a great player and a great lad.