Throughout his career, Jose Mourinho has at times been characterised as a sort of moustache-twirling, bus-parking villain, but he is – for all intents and purposes – the hero of the brand new Tottenham Hotspur documentary.

While the reality may actually be situated somewhere between such perceptions and portrayals, that was always unlikely to be captured by a series with a title as absolutist as All Or Nothing.

It’s in the way the Portuguese interacts with players – joking, fathering and subverting the notion that has emerged in recent years: that Mourinho does not understand the young, modern footballer.

The coach’s presence alone makes this documentary a more engaging, consumable watch than its Manchester City-centric predecessor. The same can be said of the nature of Spurs’ season in general, the club’s travails forging effective ammunition for this salvo of a series.

Narrating the barrage is actor Tom Hardy, whose delivery – it has to be said – is surprisingly stilted, as if he was told to retain a bit of that Bane creepiness from The Dark Knight Rises.

The first episode opens with a synopsis of the £1billion stadium rebuild project, segueing into highlights of Tottenham’s miracle Champions League win over Ajax. The disbelief at that result is still visible in the pupils of the players’ widening eyes when they discuss that north London night from last spring.

We have direct interviews with chairman Daniel Levy, who ties together the above elements of Spurs’ recent history by opining that he has an ability to “influence” but not “control” the club. That influence was of course exerted with the sacking of former head coach Mauricio Pochettino, one of the key moments of the opening episode and the result of “a lot of heartache”, according to Levy.

Then comes the sudden arrival of Mourinho – “One of the two top coaches in the world,” Levy says, adding that the other is currently at another Premier League club.

The depiction of this changeover from Argentine Pochettino’s agile handling of the team to Mourinho’s surprising stint actually lacks some of the detail that was reported by publications at the time, as well as the drama with which it was received. That is, until we see the players’ reactions.

We get captain Harry Kane relaying the reality of the situation to team-mates over breakfast at the club’s training ground while a video package of Mourinho’s greatest hits is screened on a wall behind the striker, players watching on in awe – or incredulity. We see Harry Winks anxiously asking his colleagues how they expect the Portuguese to reign, like a student on the first day of sixth form, desperately trying to gauge how seismic the atmosphere shift will be under a newly-appointed headmaster. 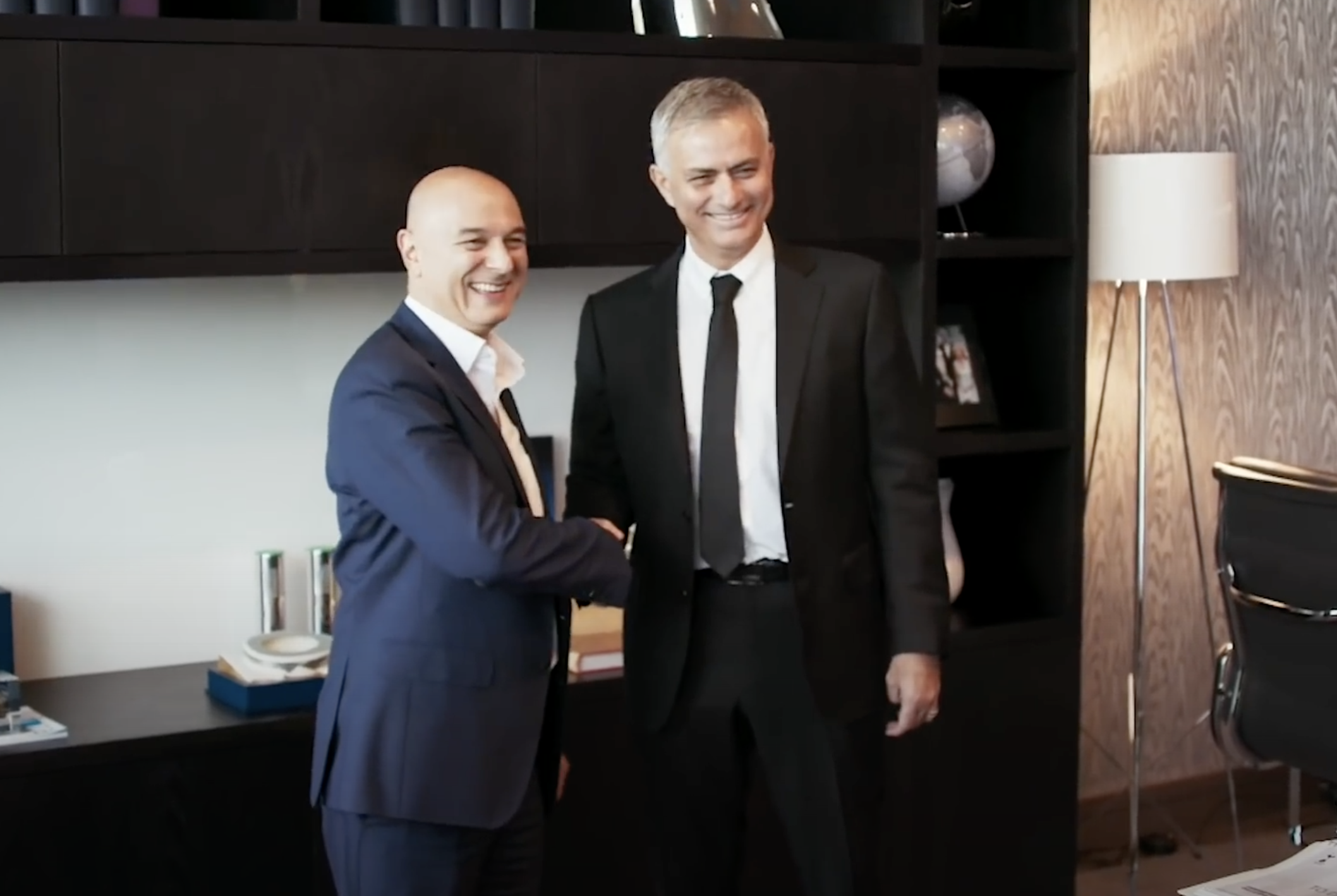 Then there’s Mourinho’s comical facial expressions – enhanced by his oversized glasses – as he gets down to the first bits of business alone in his office while the TV broadcasts a fan debate about the coach’s style of play and suitability at Spurs. Ultimately, he switches off the screen. “F*** off.”

There is an air of anticipation as players are beckoned out from the gym and onto the training pitch to meet the Portuguese for the first time. “F***ing lazy – I’m going to be a pain in the arse for you,” Mourinho tells Dele Alli, whom the Portuguese was told by Sir Alex Ferguson to sign for United. It was apparently the one piece of advice the Scot gave Mourinho during the latter’s stint at Old Trafford.

The semi-sarcasm in the way Mourinho speaks to Alli hints at the kind of relationship he has with this Spurs team. The coach’s empathetic side is on show as he talks to Kane about family, and his well-known respect for Eric Dier comes through in honest discussions between the two about what went wrong for the midfielder under Pochettino’s leadership.

In fact, Dier – now and then mocked for his stony expressions and apparent lack of character – comes through as one of the most interesting subjects of the first few episodes. The England international speaks about his “addiction” to pressure, which might surprise some Spurs supporters, but we also see his insecurity at being dropped – substituted even, during the first half against Olympiakos. 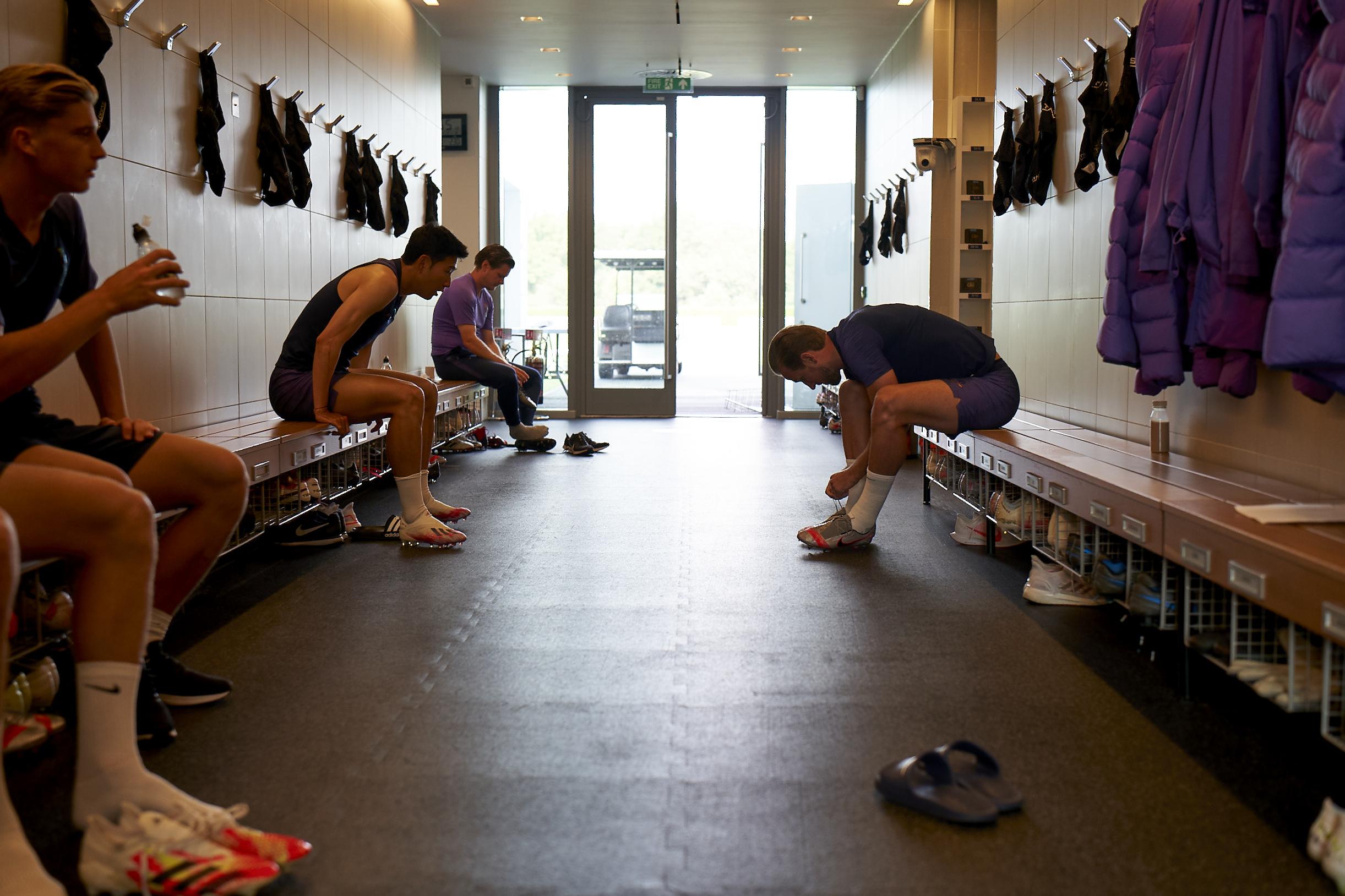 Another fascinating, almost shockingly human character in the documentary is Levy himself, and it is in the interviews with the chairman and other players that we realise this series is less fly-on-the-wall than the City take. At times, admittedly, it’s rather fly-in-the-soup, with Levy and Mourinho gushing about Son Heung-Min’s solo goal against Burnley over lunch. There is the revealing, perhaps foreboding line from Levy: “It was good to win in style.”

Another key focus of the documentary’s early episodes is the (then) uncertainty around the futures of Toby Alderweireld, Jan Vertonghen and – most intriguingly – Christian Eriksen.

In one scene that could’ve been scripted for Tinker Tailor Soldier Spy, we get the following exchange about the Dane.

Levy: “It’s so complicated with him.” Mourinho: “Where is he going?” Levy: “I don’t know, I don’t know… None of us know what the real truth is. His agent controls everything, there’s no dialogue between the club and his agent at all.”

It’s difficult to recall anything this disarming in the City series, and a similar moment soon follows as we see a rogue shot of Son clipping his nails over a bin. The Game Is About Glory.

One similarity with the City documentary, however, is in the translucency of tactical revelations. This is, of course, to be expected. 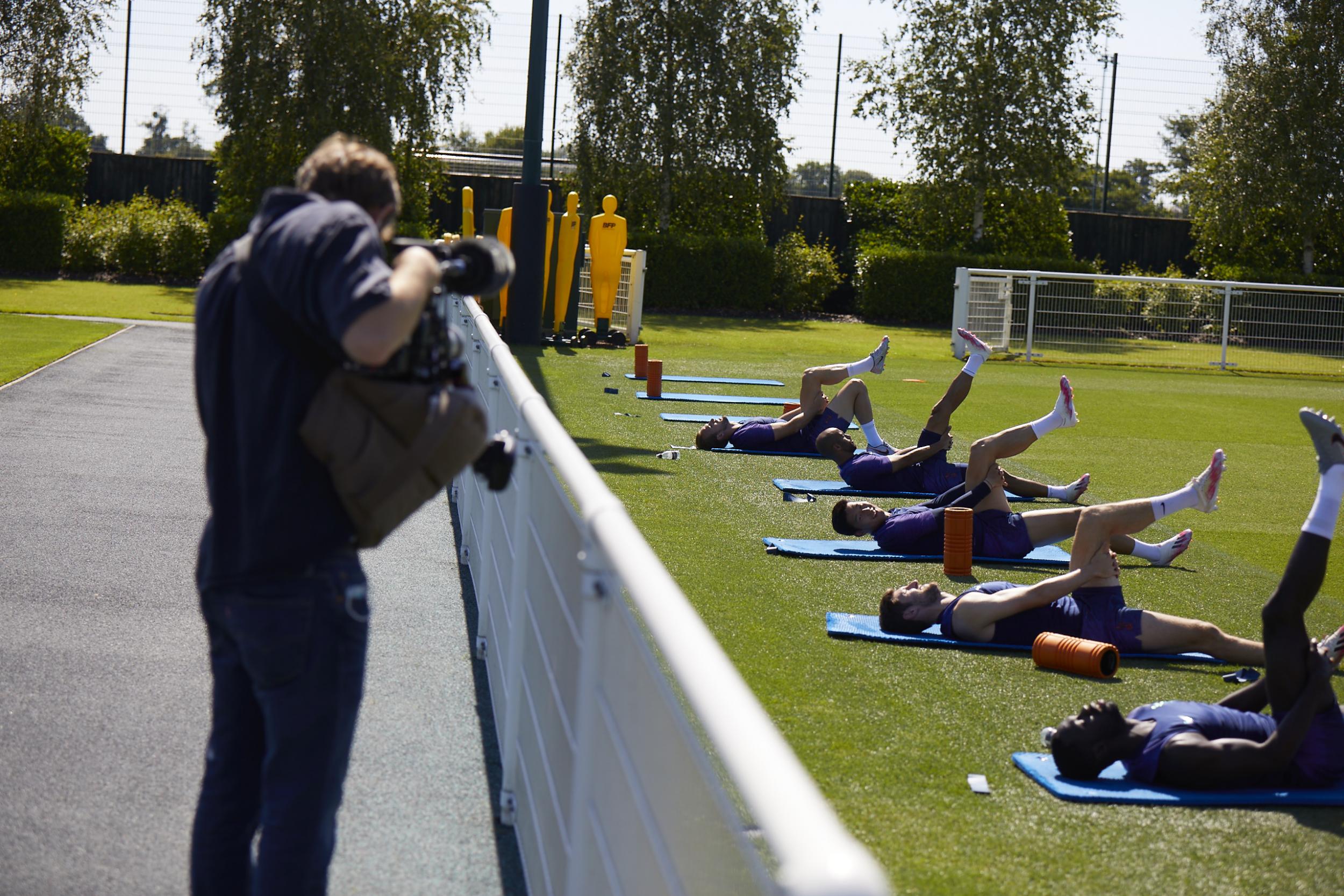 “If we go in there with a Mickey Mouse mentality, they f*** us,” says Mourinho ahead of a fixture against Wolves. Even if you’re of the belief that the 57-year-old’s tactics are outdated, they definitely amount to more than Disney metaphors, despite what the documentary portrays.

That’s fair enough, given no coach would want the minutiae of their process to be streamed on Amazon – or anywhere else for that matter – but it’s worth considering that Mourinho still has more up his sleeve than telling his players to “be a bunch of c***s, of intelligent c***s, not stupid c***s”.

Either way, Mourinho’s aura and every word make for compelling viewing. And while the swelling music in the series can accidentally conjure somewhat of a bathos at times, taking into account the relative lack of stakes and accomplishments accompanying some of the relevant moments, it serves to augment the drama on display from this tumultuous season at Tottenham.

Whether you’re a supporter of Spurs or a critic of the club, All Or Nothing feels like must-watch viewing right now An absolutist take? Perhaps, but at least the title warrants it this time around.

The best league in the world is back. Join The Independent for an online event, as our panel discusses the most uncertain start to a season in Premier League history. Click here to find out more and book your free ticket today.